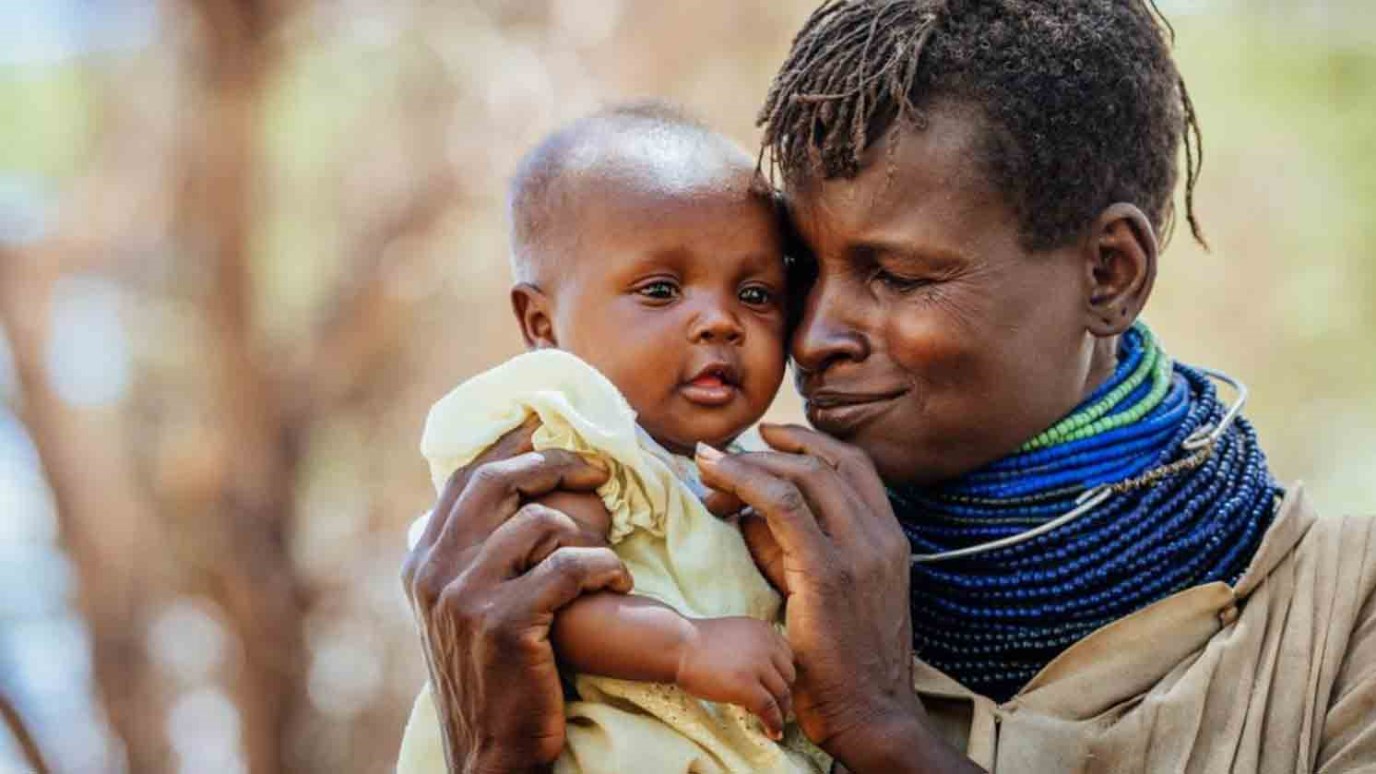 In Kenya, Magdalene holds her baby, Kari, the light of her life.

In the middle of a severe drought that’s being called a national disaster in Kenya, baby Kari coos in her mother Magdalene’s lap. Mother and daughter rest under a shade tree in Turkana in a field replete with tomatoes, kale, watermelon, and pumpkin. Green is everywhere.

In the Turkana language, the name Kari means, “Someone who almost died.” Magdalene, 35, says when Kari was born six months ago, the name fit. “The animals were dying,” she says. “The people were dying. She’s named for the situation.”

Magdalene lives in northwest Kenya, hard hit by the drought that is sweeping over East Africa. But thanks to a World Vision Food for Assets program in Turkana, the situation is changing. Through Food for Assets, malnourished people get the food they need to survive, while preparing their land for future food security. Food for Asset projects bring people together to create farms. On these 10 acres, 155 farmers work six hours a day, three days a week, planting and caring for their crops. As one of those farmers, Magdalene is able to sell vegetables to buy Kari milk to drink.

“If not for this project, they would be sitting at home, waiting for relief,” says World Vision project lead Florence Ekeno. Staff like Florence teach men and women to work well together, emboldening women to speak in public in front of men, many for the very first time.

During this time of planting and growing, the farmers receive food from World Vision at distributions. When their crops mature, they can eat or sell them to buy meat or milk. Most importantly, Food for Assets changes the notion of ownership. These projects are no longer jobs people are doing for World Vision, but doing for themselves.

“It taught me to farm,” Magdalene. She adds, touching her heart, “it gives me hope. Not just me, but others too. This helps me to see forward instead of just worrying about today. It gives me strength.”
Florence taught Magdalene about more than just farming. “I was taught how to lead the rest of the group and taught governance.” She smiles. “I learned to speak before men. ‘Don’t be afraid,’ said Florence. ‘Speak.’”

Florence worked with the men as well. “Florence taught the men to lead well, to have peace, and to give women a chance to speak,” she says. “I’d never known this before.” The project has planted new ideas. “It has brought peace. We are working in harmony.”

The community sings: “Jesus is going ahead of us. If we pray to God, he will give us what we need.” It’s a new song for the downhearted people of Turkana. “This has transformed our lives,” says Magdalene.