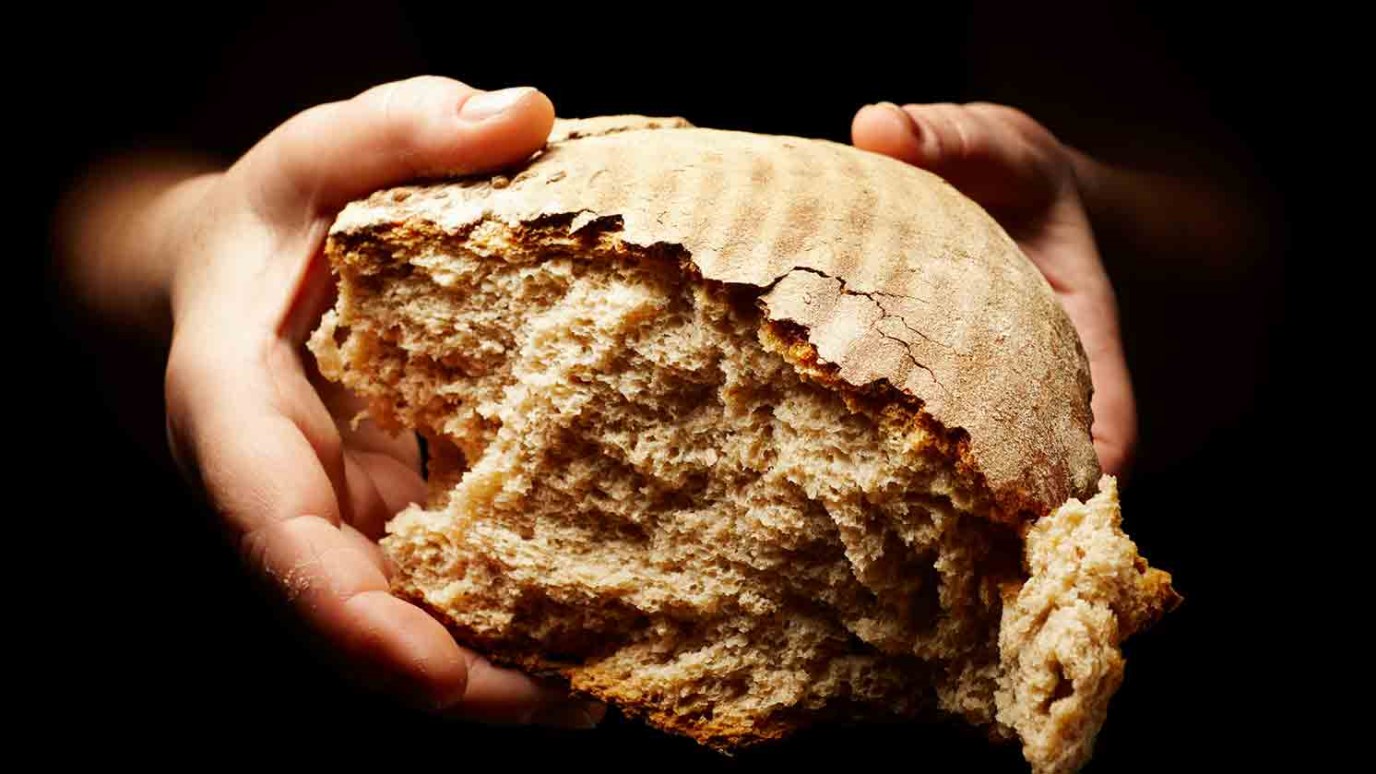 Regardless of belief or creed, prayer is an activity we seem almost naturally inclined toward. Like Huckleberry Finn, however, we sometimes conclude we either can’t make it work or there ain’t nothin' in it.

Huckleberry Finn first heard about prayer from Miss Watson, who told him that prayer was something you did every day and that you’d get what you asked for. So he tried three or four times praying for hooks to complete his fishing line, but when he still didn’t get what he asked for decided that “No, there ain’t nothing in it.”

Prayer is a curious activity. Regardless of belief or creed, prayer is an activity we seem at times almost naturally inclined toward, while other times, like Huck, we might almost as naturally conclude we either can’t make it work or there ain’t nothing in it.

One day Jesus was praying in a certain place, and when he finished, one of his disciples asked him to teach them how to pray. Jesus said to them, “When you pray, say:

‘Father, hallowed be your name.
Your kingdom come.
Give us each day our daily bread.
And forgive us our sins,
for we ourselves forgive everyone indebted to us.
And do not bring us to the time of trial.’”(1)

The Lord’s Prayer, which Christian’s around the world still hold and practice today, comes out of this context—that is, out of a plea for help with prayer and out of the praying of Jesus himself. It is not just the good advice Jesus had to offer about praying; it is his praying. In fact, giving his followers this prayer, Jesus, like John, was following a common rabbinic pattern. When a rabbi taught a prayer, he would use it to teach his disciples the most distinctive, concise, essential elements of his own theological teachings. Thus, disciples of a particular rabbi would learn to pray as their teacher prayed, and from then on, when a disciple’s prayer was heard, it would sound like that of his teacher’s prayers, bearing his own mark and posture before God.

As this suggests, when Christians pray the Lord’s Prayer today, it is simultaneously an offering of the voice of Jesus, a declaration of belonging to him, and a pronunciation of the lessons he wanted his followers most to know and to hold near.

Somewhat different than fishing hooks, the prayer for “daily bread” is foundational, a literal need. News of world food shortages, urban food deserts, the prevalence of malnourishment, and volatile food prices remind us with weary repetition that cries for basic provision are necessary,appropriate, dire.

Fifteenth century theologian Martin Luther spoke of the prayer for daily bread as the plea for “everything included in the necessities and nourishment for our bodies such as food, drink, clothing, shoes, house, farm, fields, livestock, money, property, an upright spouse, upright children, upright members of the household, upright and faithful rulers, good government, good weather, peace, health, decency, honor, good friends, faithful neighbors, and the like.”(2) In other words, bread is not merely the private concern of those who need something to eat. It is far broader than this, including far more than bread, and far more than isolated individuals before God. Our daily bread is something friends, neighbors, communities, economic situations, and governments affect collectively. Christ’s prayer for daily bread, then, is a prayer for food and clothing, but also for good neighbors, good rulers, and good conscience as we face need and want and hope in unison together.

As such, joining Jesus’s prayer for daily bread can be a reminder that we do not live in a vacuum before God or the world. Rather, we live in communities where we are responsible for one another. So if we pray for daily bread, like Jesus, we pray for God’s care and provision. But subsequently, we are praying against the things in life that prevent God’s provisions for our neighbors as much as for ourselves. This may well be corruption or systems of social injustice; it may also be our own hardened hearts, fearful dispositions, or a self-consumed and consuming living. When our neighbor prays for daily bread, our neighbor prays for our help too, in the hands of the one who provides all things.

For the Christian to pray the words Jesus invited us to pray means we pray out of the same paradox in which Jesus prayed himself. He was both the Son who knew he would need the Father’s provision to get through the days before him and the Son who poured out his life for the crowds and individuals who needed him. We are invited to participate in this paradox through the Son and by the Spirit. Praying for daily bread, we are simultaneously the wealthy who can respond in gratitude for all that God has given us and the impoverished who cry out for the daily bread we need and the God who sustains all things. We are both the rich and the poor, united to our neighbors in ways we are constantly invited to imagine. We join ancient ancestors who prayed for physical nourishment in the desert and with them know that we are still hungry. In difficult days, in plentiful days, in desperate days the invitation of Christian prayer is the invitation of the Spirit to join a cry united to Christ’s own—”Give us this day our daily bread”—which is then placed in the hands of Christ himself, the one who called himself the bread of life, the one who carries our needs to the Father who prepares a table for the life to the world.

Pray for the Lost
Don Wilton

A House of Prayer
Jeff Schreve