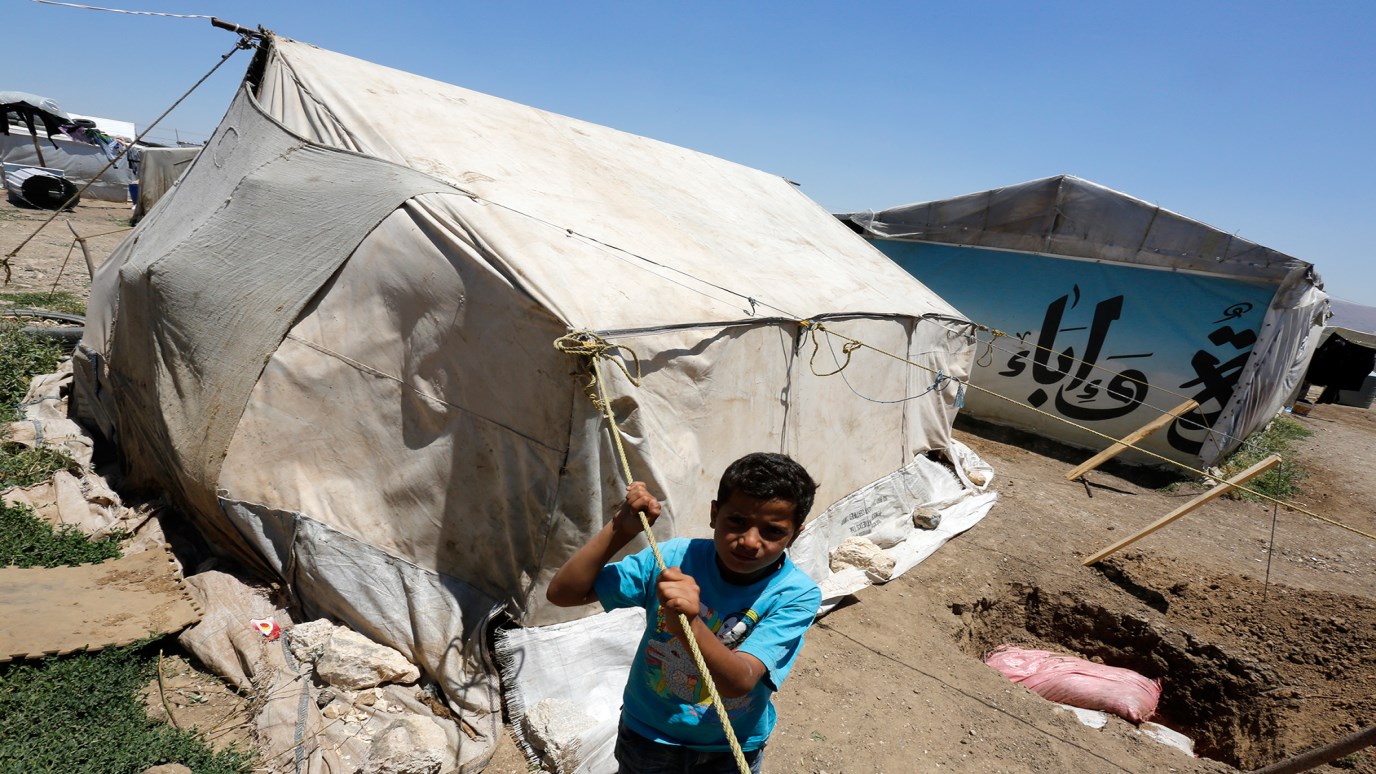 Resources, services, and infrastructure are depleted as host countries struggle to accommodate the ever-growing number of refugees.

Since civil war broke out in Syria in March 2011, more than 2.2 million Syrians have fled into neighboring Lebanon, Jordan, Turkey, Egypt, and Iraq. Unlike other host countries, Lebanon has no official refugee camps—only informal settlements like this one, El Marj. About 100 Syrian families live here in haphazard tents and desperate living conditions.

Spend time in the photo's moment and steep in the details. What is touching? What is disturbing? What does the photo say about those who live in poverty?

Finding shelter is the first of many priorities for refugees. Despite every effort to use ropes and rocks to fortify this tent, it is unlikely canvas and plastic will keep out colder temperatures this winter.

Look closely at the young boy and think about how being homeless affects all aspects of his life.

What emotions do you see in his expression?

Resources, services, and infrastructure are depleted as host countries struggle to accommodate the ever-growing number of refugees—especially in Lebanon, where the government estimates that 1 million Syrian refugees currently live. Pray that the Lebanese people’s burdens will be eased.

Also pray that refugee children have the opportunity to learn at school and in World Vision’s Child-Friendly Spaces, where they participate in informal learning and begin to heal from psychological effects of war.