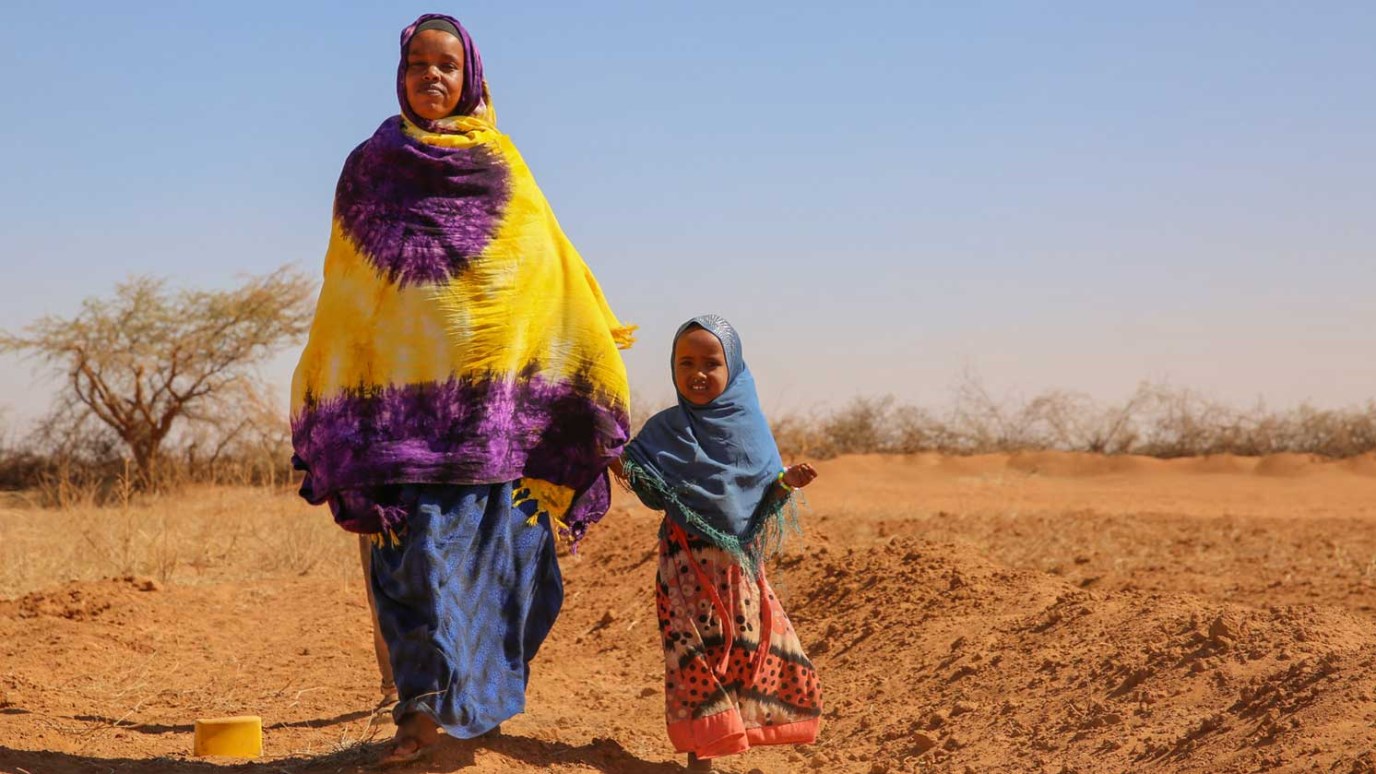 Nimo and her children walk through a dry and dusty landscape in Somalia.

Nimo Shakir, a 30-year-old widow, and her family have experienced new hardships because of drought.

The family lives on a farm and has hired a worker to do the hard labor in the field. Most of the profits of are spent on petrol for the water pump to irrigate the fields.

World Vision provides training and distributes seeds to Nimo and her family; the organization also gave them farming tools. Nimo and the worker she hired both received training.

“Ever since my husband died, it has been difficult for me,” says Nimo. “I have to take care of my children and make sure they have enough to eat; it is hard. The drought has affected everything.”

Nimo’s family’s livestock and a small garden once generated cash, but not anymore. “Now we just have enough for ourselves and to pay for the water pump’s fuel,” says Nimo. “We have stored grain over the past years, and we use it up now,” she says.

Nimo’s family had 40 animals, but half of them have died.

World Vision training has been crucial to the family’s ability to get by. “I attend a savings group where we save money together and we can take out small loans,” Nimo says.

Jer family’s little green patch with growing vegetables is a rare sight in the region. “We also learn how to best store and manage the food that we have and how to kill insects that want to eat our crops. The cultivation of crops is important, especially now, because it hasn’t rained in two years. “

“Right now, we only have food because of World Vision,” says Nimo. “They have supported me and my family, but if the drought continues, my country will be destroyed. We pray that the rains will come.”