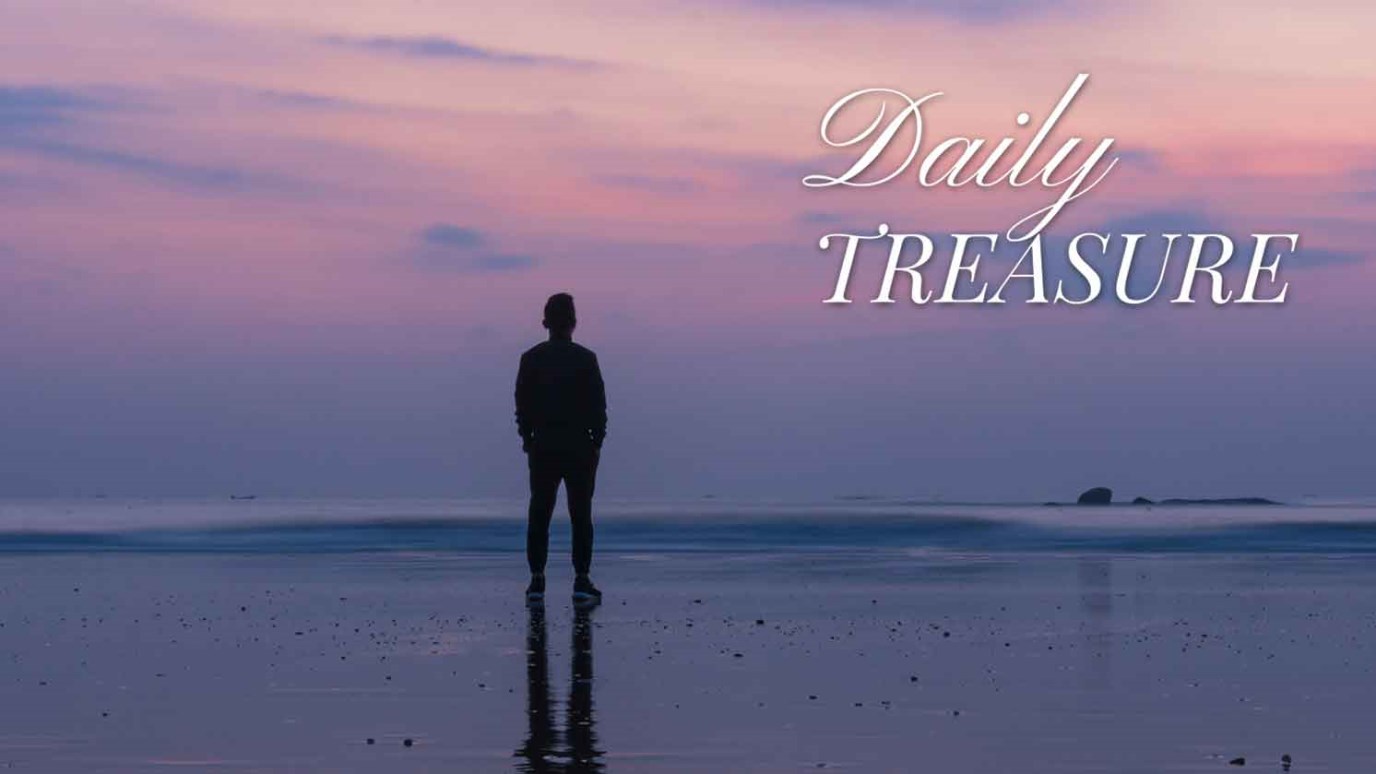 I always love when God says, “Do not be afraid,” to people who have every right to be terrified. God gives the promise of His presence to those who worship Him with their whole hearts.

For we are powerless against this great horde that is coming against us. We do not know what to do, but our eyes are on You.” (2 Chronicles 20:12)

During an interview with a friend who lost a son, I asked her, “Is it true God doesn’t give us more than we can handle?” She laughed out loud and responded, “No. And I’m living proof of that!”

Sadly, many of us face terrifying enemies believing God wants us to fight them on our own, because after all, He doesn’t give us more than we can handle. Perhaps it takes growing old to recognize this statement as a lie. Search the Scriptures and you won’t find one place where God tells us He won’t give us more than we can handle. In fact, He tells us just the opposite. It’s in those most broken places, where I am powerless I have experienced the supernatural strength and comfort of my God.

Jehoshaphat experienced the supernatural intervention of God because of his humility. Giving Jehoshaphat more than he could handle resulted in priceless treasures for the people of Judah and their king:

For we are powerless against this great horde that is coming against us. We do not know what to do, but our eyes are on You.” (2 Chronicles 20:12)

Imagine the dramatic pause and sacred silence after Jehoshaphat prays these words and the crowd waits for the rest of the message:

Meanwhile all Judah stood before the Lord, with their little ones, their wives, and their children. (2 Chronicles 20:13)

The message God sent through Jahaziel could not have been more shocking:

And the Spirit of the Lord came upon Jahaziel the son of Zechariah, son of Benaiah, son of Jeiel, son of Mattaniah, a Levite of the sons of Asaph, in the midst of the assembly.  And he said, “Listen, all Judah and inhabitants of Jerusalem and King Jehoshaphat: Thus says the Lord to you, ‘Do not be afraid and do not be dismayed at this great horde, for the battle is not yours but God's.  Tomorrow go down against them. Behold, they will come up by the ascent of Ziz. You will find them at the end of the valley, east of the wilderness of Jeruel. You will not need to fight in this battle. Stand firm, hold your position, and see the salvation of the Lord on your behalf, O Judah and Jerusalem.’ Do not be afraid and do not be dismayed. Tomorrow go out against them, and the Lord will be with you.” (2 Chronicles 20:14-17)

Note especially these words of encouragement:

Do not be afraid

Do not be dismayed at this great horde

The battle is not yours but God’s

You will not need to fight in this battle

Do not be afraid

Do not be dismayed

The Lord will go with you

I always love when God says, “Do not be afraid,” to people who have every right to be terrified. God gives the promise of His presence to those who worship Him with their whole hearts. God saw the hearts of His people, that they had humbled themselves before Him and turned from their wicked ways to worship Him.  They sought Him with all their hearts and they prayed for wisdom. His response is He will fight this battle for them, just as He had promised. He gives grace to the humble.

Jehoshaphat shows his complete dependence on and trust in God by his response:

Then Jehoshaphat bowed his head with his face to the ground, and all Judah and the inhabitants of Jerusalem fell down before the Lord, worshiping the Lord. And the Levites, of the Kohathites and the Korahites, stood up to praise the Lord, the God of Israel, with a very loud voice. (2 Chronicles 20:18-19)

Jehoshaphat and the people of Judah respond to Jahaziel’s comforting and encouraging words with praise. How often in the early years of grief I cried out to the Lord, “I don’t know what to do against this enemy of grief. My eyes are fixed on You.” I desperately read God’s Word, hoping for just a crumb of comfort or tangible evidence of His presence with me. So often, He led me to Scriptures designed to remind me of His faithful love and sovereign care of my broken heart. I heard Him say repeatedly through His Word: This battle was not mine, it was His and I could trust Him to lead me through the minefields of grief. Such a response to my desperate cries for help often led me to worship.

The people of Judah and their king did not know how God would defeat their enemies, but their humble worship in response to this promise indicates they trusted Him to do just that. Where are you most desperate for God’s help? Where are you the most unsure of what to do next? Don’t sell the Scriptures short. Humble yourself before the Lord, express your absolute need for Him, seek His wisdom in the Scriptures, and pray for Him to speak clearly. Ask others to join you in your quest for wisdom and then have listening ears to hear from Him.

Oh Lord, we need You, how we need You. We don’t know what to do, so our eyes are fixed on You.

How is a Christian to Respond to Public Tragedy?
Chuck F. Betters
Follow Us
Grow Daily with Unlimited Content
Uninterrupted Ad-Free Experience
Watch a Christian or Family Movie Every Month for Free
Early and Exclusive Access to Christian Resources
Feel the Heart of Worship with Weekly Worship Radio
Become a Member
No Thanks