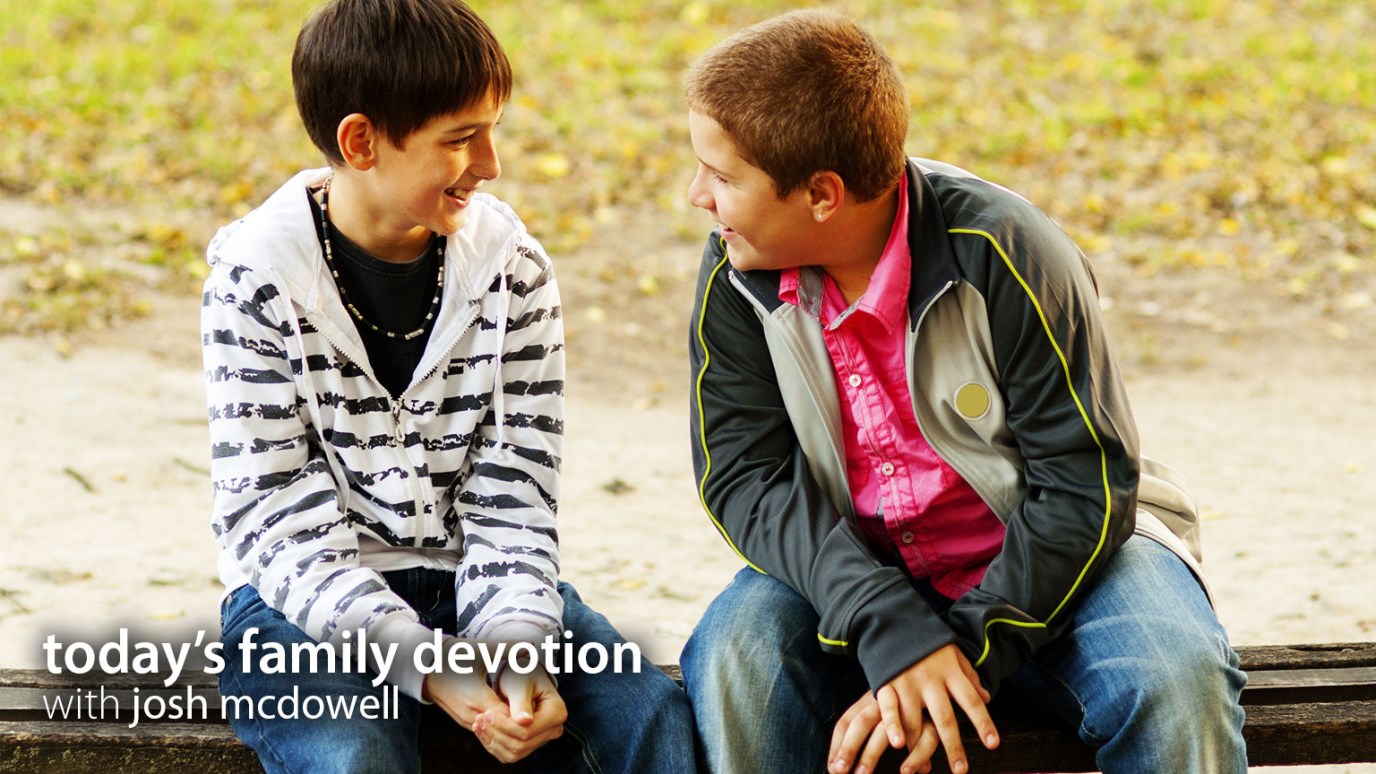 The power to resist temptation comes from God.

THE POWER TO RESIST TEMPTATION COMES FROM GOD.

Verse of the Day: “No temptation has seized you except what is common to man. And God is faithful; he will not let you be tempted beyond what you can bear. But when you are tempted, he will also provide a way out so that you can stand up under it” (1 Corinthians 10:13, N1V).

“This is going to be sooo cool!” Shawn said. He and his older brother Dustin were unpacking their new home computer and setting it up together. “I feel like I’m the last kid in my whole school to get a computer,” he said.

As they worked, unpacking the various components and connecting all the cords and cables, Shawn told Dustin that he’d been kicked out of the public swimming pool for a whole week.

“What for?” Dustin asked.

“I pushed Janet Kline into the deep end,” he said. His brother looked up from his work as if he knew there had to be more to the story. “She had all her clothes on,” Shawn continued. He paused another moment before saying, “This was during the break, when only adults and little kids are allowed to swim.”

“Why would you do that?” Dustin said, his voice betraying his amusement.

“I don’t know,” Shawn whined. “The guys kept saying I should do it, and … well, it was just so tempting, you know?”

“I don’t know why, but I just can’t seem to resist temptation. How do you do it?”

“How do I do it?” Dustin echoed Shawn’s question. He fished around behind the computer, connecting cables. “Well,” he said, “I don’t.”

“Well, then, what am I supposed to do?” Shawn asked.

“The power to resist temptation comes from God,” Dustin said. “You need to depend on him every day—every moment—to give you the power you need. Like the Lord’s Prayer says, ‘Lead us not into temptation, but deliver us from evil.’”

Shawn nodded. “Oh,” he said. He flipped the power switch on the computer, but nothing happened. “What’s wrong?” he asked his brother.

“Same thing that’s causing your problem,” he said. He held up the electrical plug to the computer. “It’s not plugged in to the power it needs.”

TO DISCUSS: What was the true source of Samson’s power—his hair or the Lord? What is the source of your power? How can you plug in to God’s power to resist the temptations you face?

TO PRAY: “Lord God, only you can help us to resist temptation. We don’t want to be fooled into relying on our own strength. Guide us. Lord, in your truth.”

What Does the Bible Say About Raising Children?
GotQuestions.org
Follow Us
Grow Daily with Unlimited Content
Uninterrupted Ad-Free Experience
Watch a Christian or Family Movie Every Month for Free
Early and Exclusive Access to Christian Resources
Feel the Heart of Worship with Weekly Worship Radio
Become a Member
No Thanks