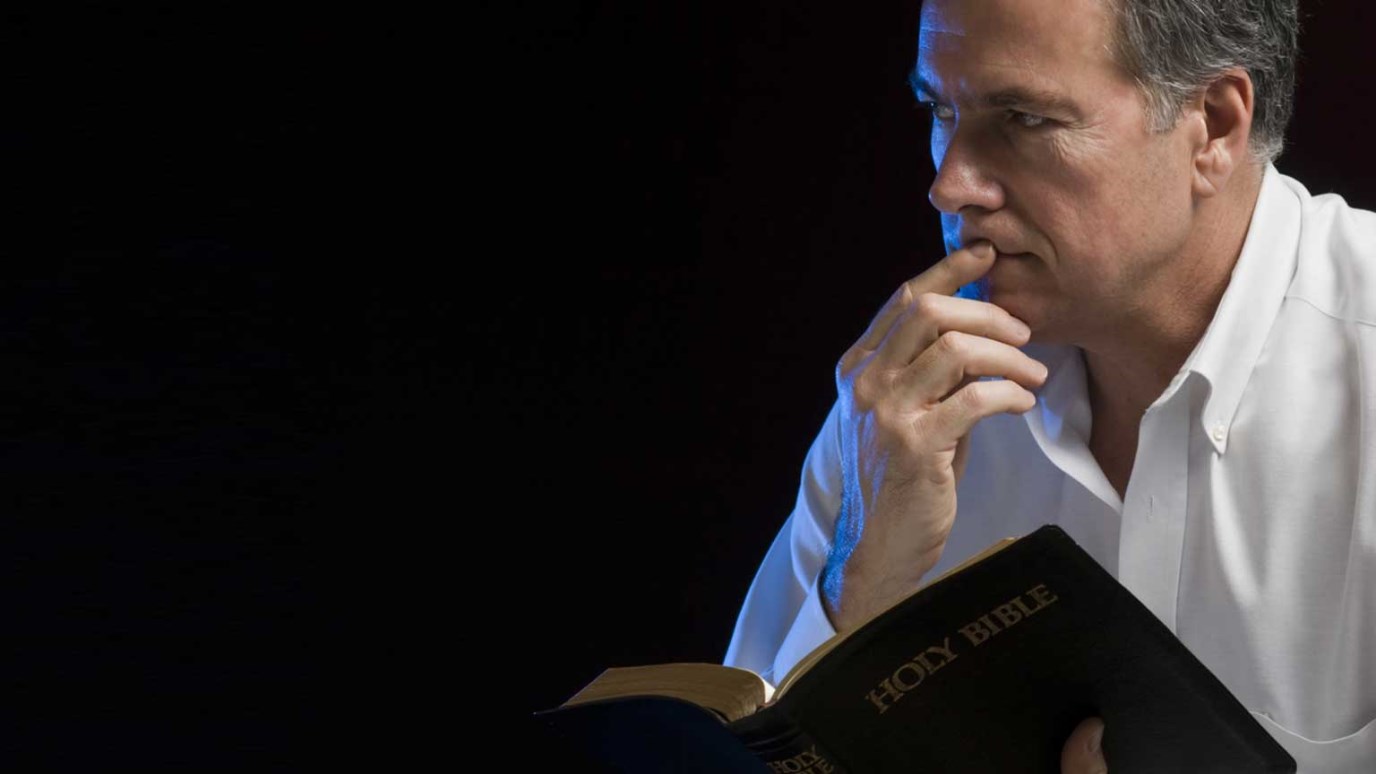 Pilate, who capitulated to political expediency, stands in stark contrast to Jesus, who was concerned only with justice and truth. May we, unlike Pilate, never abandon truth for the sake of peace.

In one of the earliest summaries of orthodox Christian doctrine ever produced, the Apostles’ Creed, there is a reference to Jesus being crucified under Pontius Pilate. This Roman governor is included in the creed because of his central role in the crucifixion, which was used by God to bring about the salvation of His people.

Today’s passage from John’s gospel narrates the face-to-face encounter Jesus had with Pilate near the end of His public ministry. First, we will consider the words Pilate spoke when he presented Jesus to the people of Israel and said, “Behold the man!” The early church fathers believed that when Pilate uttered this phrase he was doing more than showing forth a condemned man. He was unwittingly speaking the Word of God, much as certain pagans did in the Old Testament (for example, Num. 22–24). Pilate calls Jesus the man, emphasizing the central role the incarnation plays in our redemption. It was a man, Adam, who lost paradise for all those in him (Gen. 3), and therefore it takes a man, the Lord Jesus Christ (Phil. 2:5–11) to regain it for all those who are in Him by faith alone. Yes, Jesus is truly God, but it must also be a true man who represents us before the Father. Our Savior is this second Adam (Rom. 5:12–21), and He reconciles us to the Creator, restores dignity to His people, and provides the fullest revelation of what it means to be human.

Pilate sinned in handing Jesus over to be crucified; God did not force him to do it. Rather than set an innocent man free, he capitulated to political expediency, fearing a Jewish revolt if he spared the life of Jesus (John 19:1–16a). He was more concerned with his safety than with justice and truth.

As such, Pilate stands in stark contrast to Jesus. Jesus’ driving passion was to bear witness to the truth (John 18:37), and He was so eager to preach and act upon the truth that He willingly handed Himself over to the authorities rather than deny His mission (v. 36; 19:11). Christ’s death reveals in practice the accuracy of Luther’s words that there will be opposition whenever the truth is proclaimed clearly. May we, unlike Pilate, never abandon the truth for the sake of peace.

In our day, many are hesitant to confront error, especially in matters of religion. Speaking on matters like sin, God’s wrath, and hell is ignored because we are afraid of offending the sophisticated. However, like Jesus, we must be so concerned with the essential truths of God’s salvation that we are willing to die for Him. Pray for courage and then speak the truths of Scripture to others.