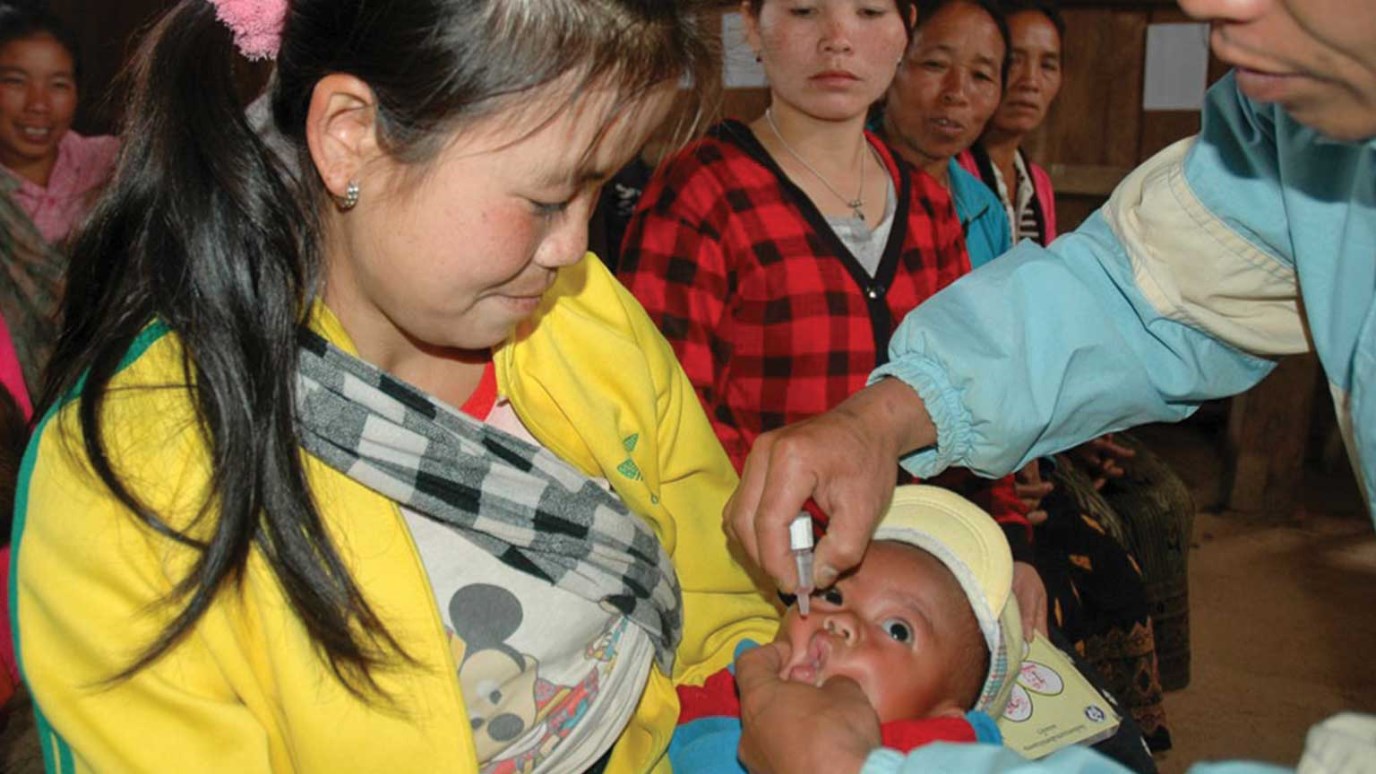 The number of children paralyzed by the polio virus hit an all-time low in 2012!

The number of children paralyzed by the polio virus hit an all-time low in 2012. Only 218 cases were reported in five countries — Pakistan, Afghanistan, and Nigeria, where the disease is endemic, and Chad and Niger, where it has spread.

This marks a greater than 60 percent reduction from 2011’s 650 cases of polio reported in 16 countries.

The decline can be attributed in part to the global polio eradication campaign, which distributed 2 billion doses of vaccine to 429 million children in 2012.

However, eventual eradication of the polio virus is not assured. Funding shortfalls in 2012 led to canceled immunization programs in 24 countries in Africa and Asia where the virus could become re-established.

If its spread is not contained, within a decade polio could paralyze 200,000 children per year.

With help from the World Health Organization and other international agencies, the governments of Nigeria, Pakistan, and Afghanistan have launched emergency plans to stop the spread of the disease.

Nigeria, with 119 polio cases, was the only country to have more cases in 2012 than the year before.

Neighboring countries are at risk of outbreaks spreading from Nigeria; already in 2013, a case of polio was detected in Niger that can be traced to Nigeria.

A presidential task force in Nigeria is concentrating on improving vaccine coverage in northern states, where no more than 65 percent of children have received adequate doses of the vaccine.

Pakistan is sending out vaccinators accompanied by security forces, following a series of attacks on immunization teams in the northwest and in Karachi in December.

In Afghanistan, polio transmission is concentrated in 13 districts of three southern provinces where conflict is rife. The government has set up permanent vaccination teams in these areas to vaccinate each child under 5 once a quarter.