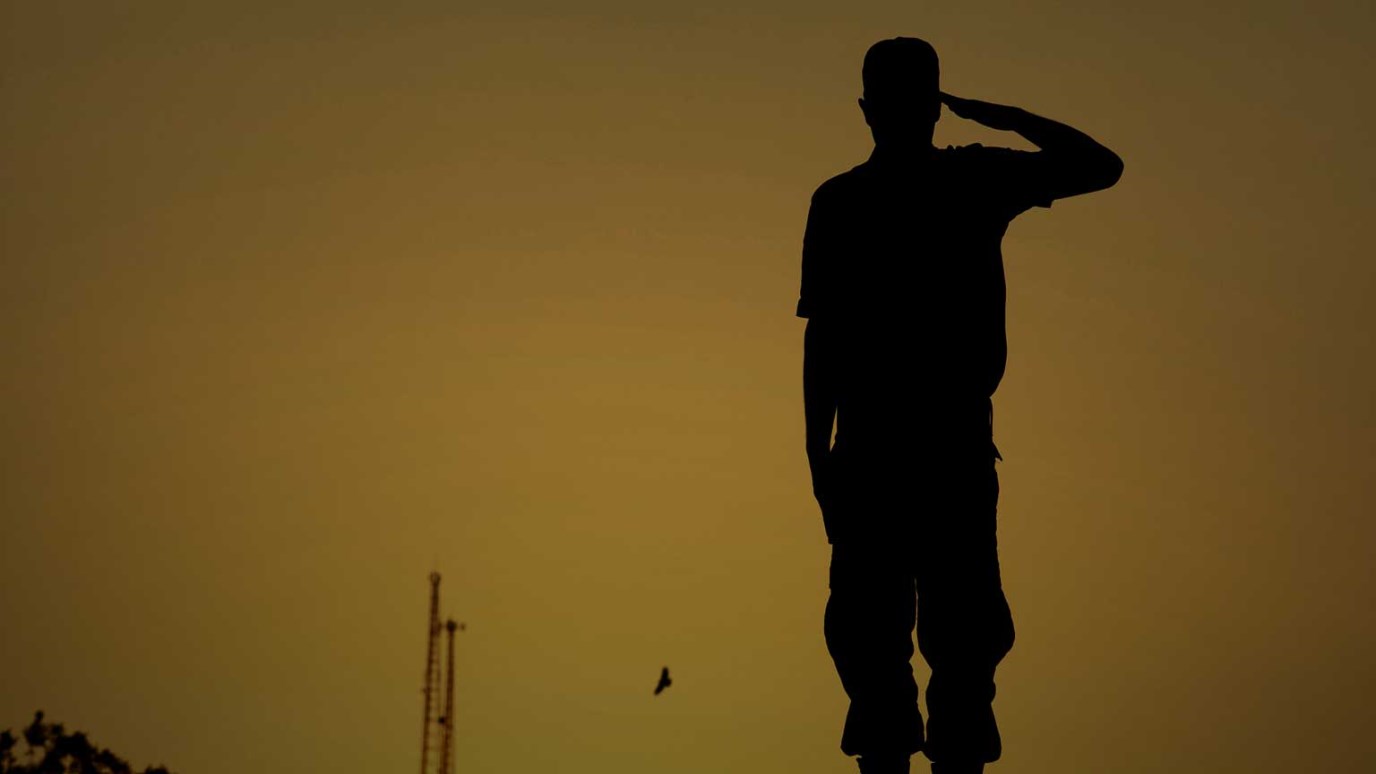 Leaders often find themselves in situations in which they must make calm decisions quickly while surrounded by chaos. In those moments, how can leaders keep their cool?

The 2nd Battalion, 327th Infantry is equipped to deploy anywhere in the world within 36 hours to capture or destroy enemy fighters. The men and women of the 2-327th represent some of the fiercest warriors in the United States military. In spite of its reputation for power and ferocity, the 2-327th Infantry produced a hero notable for bringing about peace through his poise and presence of mind early on in America's involvement in Iraq.

Lt. Col. Chris Hughes was leading 130 soldiers on a mission in Najaf to secure the crucial support of Shi'a cleric, Grand Ayatollah Ali Hussein Sistani when an angry mob congregated. Suspicious that the American troops intended to harm the ayatollah; the agitated Iraqis showered the soldiers with a barrage of rocks. In a matter of minutes the infuriated crowd had swollen in size to several hundred civilians.

Sensing the delicate nature of the situation, Hughes rushed through the ranks of soldiers, ordering them to drop to one knee, point their guns at the ground, and smile. By adopting the least hostile pose possible, the soldiers befuddled the mob. Although the furor did not subside, its intensity lessened. Then, Lt. Col. Hughes calmly instructed his men to retreat 100 yards, after which they again knelt, kept their guns down, and grinned at the Iraqis. Next, Hughes requested that all combat vehicles slowly retreat from the area. Finally, he bowed to the Iraqis before coolly leading his soldiers in a march away from the mob.

If not for the poise of Lt. Col. Hughes the situation easily could have turned ugly. Angry protestors and armed soldiers can be a deadly mix. Leaders often find themselves thrust into combustible situations in which they must make calm decisions quickly when surrounded by chaos. In those moments, how can leaders keep their cool?

4 Pointers for Staying Poised in a Crisis

Anger, fear, and defiance were probably a few of the emotions swirling inside of Lt. Col. Hughes as Iraqis hurled rocks at his troops. Had he responded to the situation solely on the basis of emotions, disaster likely would have ensued. For instance, if anger or defiance had motivated him, then he may have threatened the crowd by flexing the muscle of the weaponry at his disposal. In that event, a hotheaded soldier may have fired into the crowd. Or, had Lt. Col. Hughes showed fear, then a jittery infantryman may have shot into the crowd as a self-defense reflex. Either scenario would have been calamitous to the American effort to win the hearts and minds of Iraqis.

Thankfully, Lt. Col. Hughes was able to contain his emotions. In the face of danger, he led calmly and with restraint. As a result, the peace was maintained, and no one was injured.

2) Size Up the Situation in Light of the Big Picture

In an emergency, poor decisions are made when the big picture gets clouded. Lt. Col. Hughes was savvy enough to know that the safety of his men was not the only concern in Najaf. His mission was to win the support of a prominent Iraqi, and he would have no chance of doing so if his troops injured or killed Iraqi civilians. In light of his ultimate goal, he not only saw the value of protecting his men, but also recognized the importance of protecting the crowd.

3) Swiftly Settle upon a Course of Action

Seeing that the Iraqis felt threatened by armed soldiers, Hughes knew the best way to defuse the situation was to adopt a stance of friendliness. He wasted no time in barking out commands for his men to kneel, smile, and look friendly. The situation demanded urgent action, and Hughes delivered-literally running through the ranks of his men to shout out his commands.

4) Act Confidently to Influence the Emotions of Others

In moments of crisis, leaders stay poised by containing their emotions. However, a leader's personal poise has minimal value if everyone on his or her team is freaking out. Leaders have to assist others in managing their emotions, too.

Through his confidence and the visibility of his personal example, Lt. Col. Hughes gave his men the courage to obey unorthodox orders. His unruffled demeanor rubbed off on the men and women in his battalion and allowed them to maintain self-control in the face of an angry throng of Iraqis. In the end, a potential crisis was averted because the 2-327th mimicked the composure of its leader.

Are You Replacing Yourself? A Few Keys to Succession in Leadership
Brad Lomenick