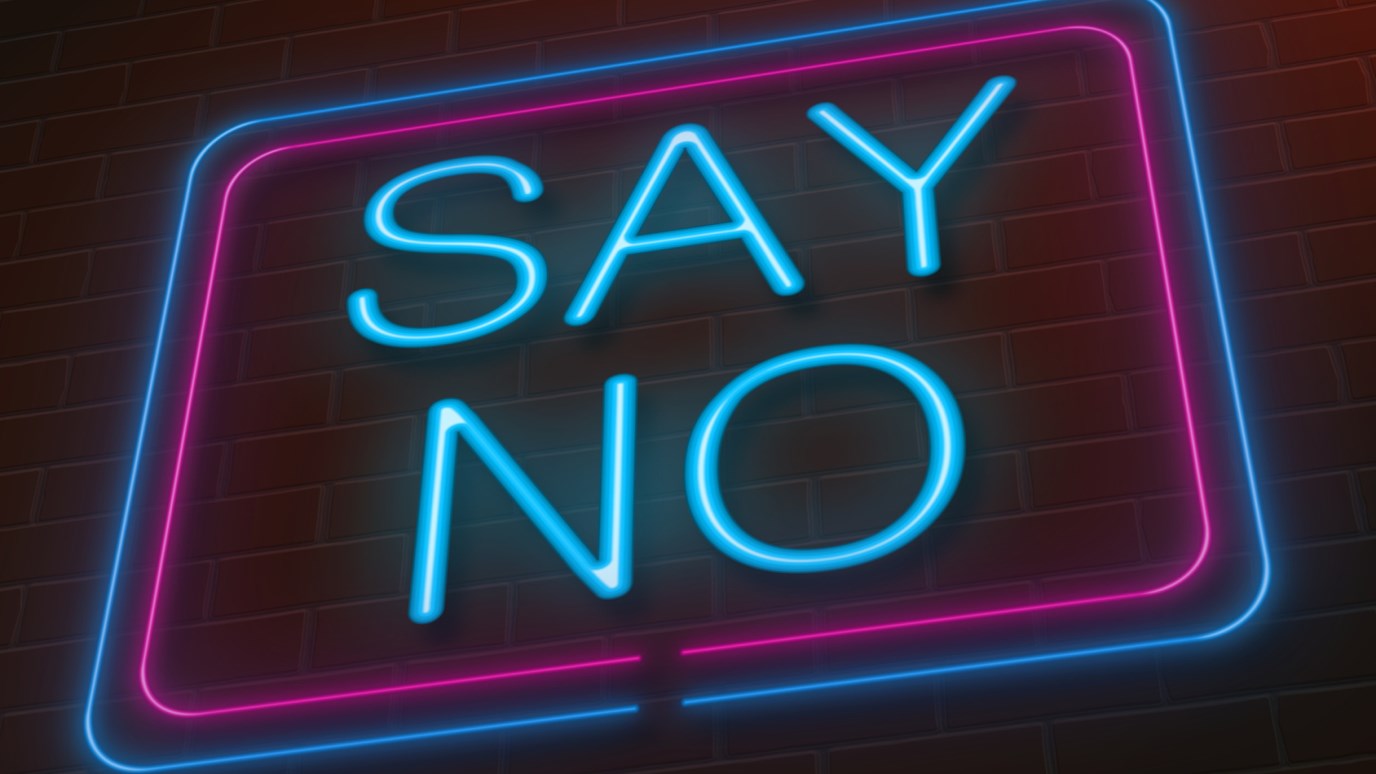 The real world is a place where people hear "no" all the time, so we're doing our kids a great disservice if they never hear the word growing up.

I just finished doing some staff training with a great group of leaders who serve in a non-profit organization. They work with young adult volunteers between 17 and 25 years old.  During our discussion, one of the staff members told me that her roommate is an elementary school teacher who was also going through training as an educator. What she told me next was incredible. She said those teachers were instructed to never say “no” to the children. The school felt the word “no” was damaging. Instead, the teachers were to respond to poor behavior by saying: “I would prefer that you do this instead.” I am guessing the reasoning behind such guidance is they don’t want to curb those kids’ creativity and personal expression. They don’t want to create a negative environment for them.

I couldn’t help but think, however, what a disservice this was to those young students. The world they will soon enter will certainly say “no” to them. In fact, many of the “no’s” they will hear are not negative at all. They are positive, productive words of counsel filled with more wisdom than those kids possess at the time.

I was like any other kid growing up. I hated hearing the word “no.” Since becoming an adult, however, I have learned the benefits of that word….

- Hearing the word “no” actually may force me toward a better alternative.

- Hearing the word “no” may save me from harm that I am prone to do to myself if I get my own way all the time.

- Hearing the word “no” actually prepares me for the real world, which often uses this word.

- Hearing the word “no” may build discipline inside of me that I would never develop if I simply heard the word “yes.”

- Hearing the word “no” fosters creativity inside of me, as I must look for other solutions than the easy one I came up with the first time.

This generation of adults is determined to build positive self-esteem in kids today. I applaud that goal. I am concerned, however, with the number of twenty-somethings I continue to meet who are ill-prepared for the marketplace because of the unreal world they experienced as a child. Quite frankly, it causes many of them to enter clinical depression, as noted in the book, Quarter Life Crisis.

When spoken in the right spirit—the word “no” is a marvelously helpful word. Athletes need to hear it. Students need to hear it. Young employees need to hear it. It makes them stronger. In fact, it might just get a young person to the goal they wish for more efficiently. Use your imagination for a minute. Although it sounds crazy—suppose a locomotive engineer decided he wanted to take his train to a number of locations he’d never gone before. Down valleys, in rugged terrain and up mountains. So, he planned to just force the train off the railroad track and go for it. How far do you think that engineer would get? Not far. He may argue all day the tracks were curbing his creativity but in reality, those tracks actually help him make progress more efficiently. He needs the restriction of the railroad tracks to get to his goal.

So—please try to see into the future. Long range, will a constant series of “yes” responses prepare the emerging generation for the real world? Or, can you lay down some helpful tracks for them by saying “no”? My suggestion? Please say no.