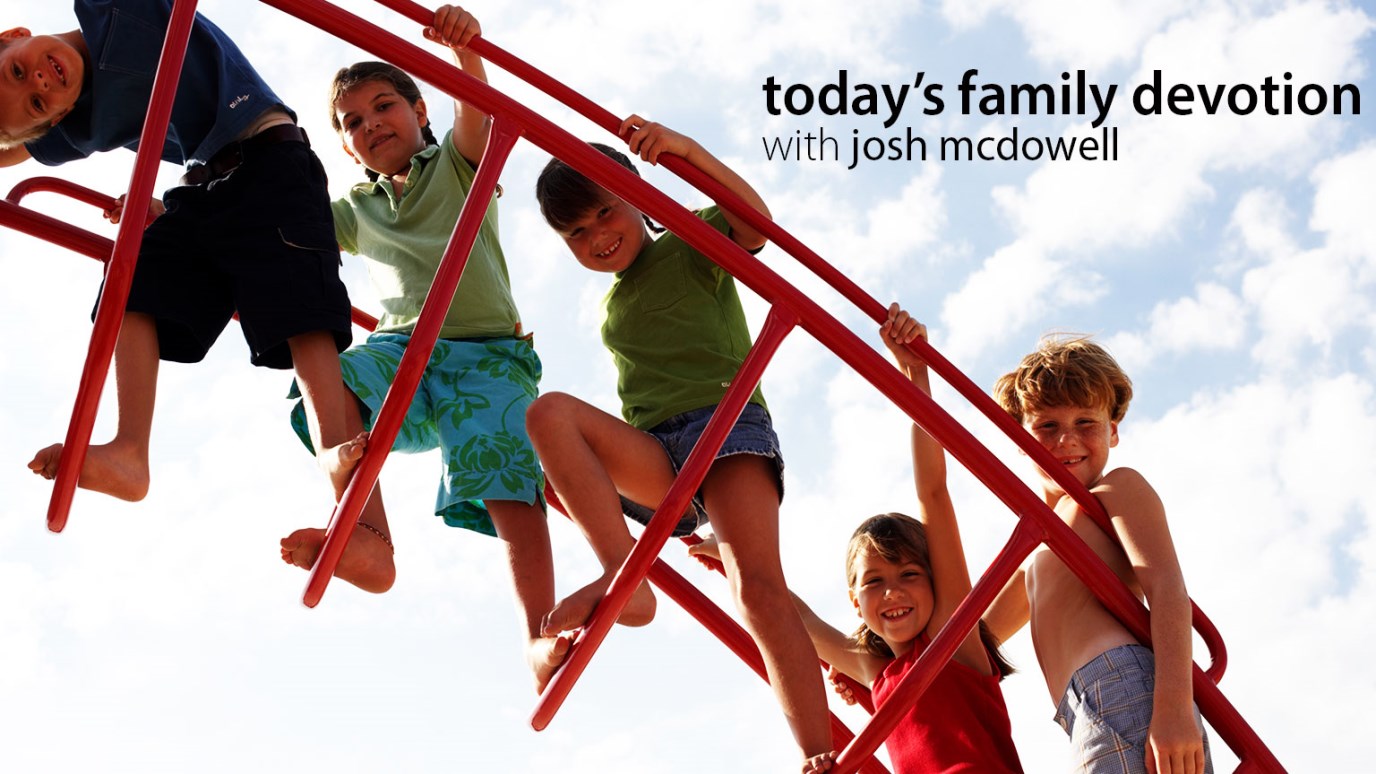 Verse of the Day: “Surely God is my salvation; I will trust and not be afraid. The Lord, the Lord, is my strength and my song; he has become my salvation” (Isaiah 12:2, NIV).

Janine saw it all.

She was walking from the swings to the monkey bars on the school playground. Suddenly, a boy named Marcus placed a hand squarely in the middle of John’s back.

“Get out of my way!” Marcus yelled. He pushed John, whose arms waved in the air for a moment like twin windmills before he fell off the monkey bars. John hit the ground with a thud.

Janine ran over to where John lay. John was curled in a heap, crying. Janine looked at Marcus, who still sat atop the monkey bars, defiance written on his face.

A teacher arrived then and checked John for broken bones. “What happened?” she asked.

“He pushed me!” John cried, pointing at Marcus.

“Did not!” Marcus answered. He fastened a pair of innocent-looking eyes on the teacher. “I never touched him!”

Janine looked in disbelief from Marcus back to John. “Did anyone see what happened?” the teacher asked.

Janine looked at the other kids standing around. Everyone had seen what had happened, but no one wanted to say anything. She looked at Marcus, who glared threateningly at the crowd. She knew that he could beat her up; he was the biggest bully in their grade.

“I saw,” Janine finally said, after looking around the circle of silent faces. She sighed, as if she were getting herself in trouble; in a way, maybe she was. “Marcus and John were both climbing on the monkey bars,” she said quietly, still knowing that Marcus would hear her. “Marcus said, ‘Get out of my way,’ and pushed John.” She looked only at the teacher as she talked, and when she finished, she turned her head to look at John.

John’s face was streaked with dirt and tears, but he smiled. Janine smiled back. The teacher told Marcus to report to the principal’s office while she took John to the school nurse. Then she turned to Janine.

“Thank you for telling the truth,” she said. “I know it wasn’t easy.”

TO PRAY: “Lord God, help us to do the right thing even in difficult situations.”