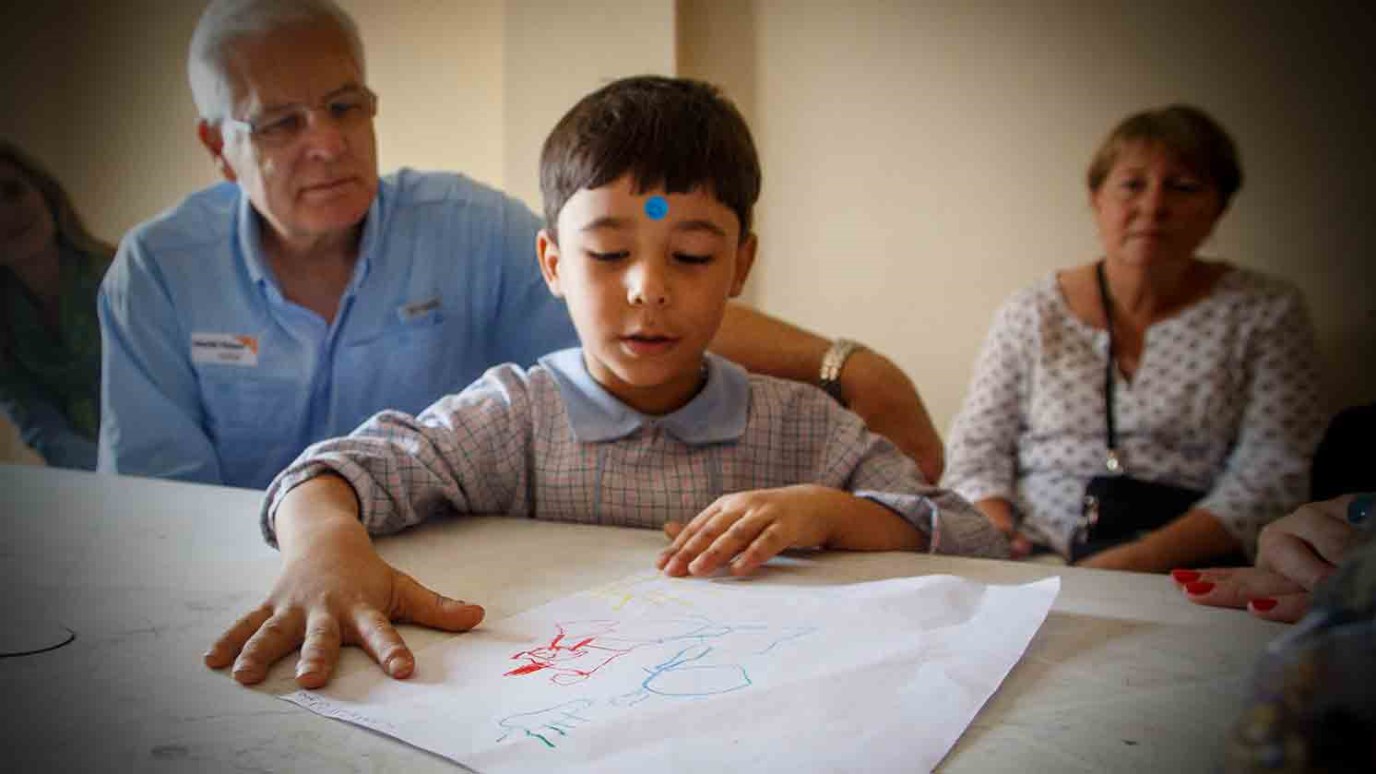 God calls us to look at “somebody else’s children” in the way He sees them, and to love them as He does.

If you’re like most parents and grandparents, you have drawings on your wall or refrigerator created by the little ones in your life. They’re probably not the work of a budding Michelangelo, but they depict your child’s worldview and the things they’re interested in: family members, pets, cars.

Recently I saw some children’s artwork that shocked me. I was in the heart of a refugee tent settlement in Lebanon, where thousands of Syrian families live after fleeing war in their country.

World Vision’s local staff welcomed me into a colorfully decorated room, alive with the voices and energy of dozens of primary-school-age children. The girls and boys here had been asked to divide a piece of paper in half with crayons and draw their life before the war on one side, their life after on the other.

The left, “before” side featured generally happy drawings of well-dressed people, houses, flowers, and sunshine. The heartbreaking artwork on the right showed rockets, bombs, dead bodies, and bloodshed.

Can you imagine your own children or grandchildren bringing home drawings like these? Go a little further: Picture the child you love living through the chaos and violence of war, and now he or she is trying to survive in a refugee camp in a flimsy tent in the dead of winter.

God’s heart for every child

Often we can’t help feeling indifferent toward people who are distant from us emotionally, socially, or geographically. We just don’t care as much about other people’s children as we do our own. But God loves each of these children, no matter where they live. God’s heart is broken for any child who suffers, because every one of them is His child.

And today, the greatest tragedy affecting somebody else’s children is the Syrian refugee crisis. Of the 12 million people who have been displaced by the conflict, half are children. Children yanked from their toys, bedrooms, and friends now see their world as a very different place. They have lost loved ones and witnessed things no child should ever see. With many schools damaged in Syria and overcrowded classrooms in the neighboring countries, 2.6 million children are no longer in school.

Love the refugee with the same compassion Christ has shown you

Because World Vision is in the business of supporting the care of other people’s children, we have been responding to the Syria refugee crisis.

These children may be 10,000 miles away from us; they may speak a different language and follow a different religion than ours. But none of that matters. They are precious in God’s sight. God loves them, and he wants us to love them in his name. Because when we do, it’s the same as loving him.

“The King will reply, ‘Truly I tell you, whatever you did for one of the least of these brothers and sisters of mine, you did for me.’” — Matthew 25:40

Picture these children feeling that they’re loved by American Christians. Imagine how that could change their worldview.