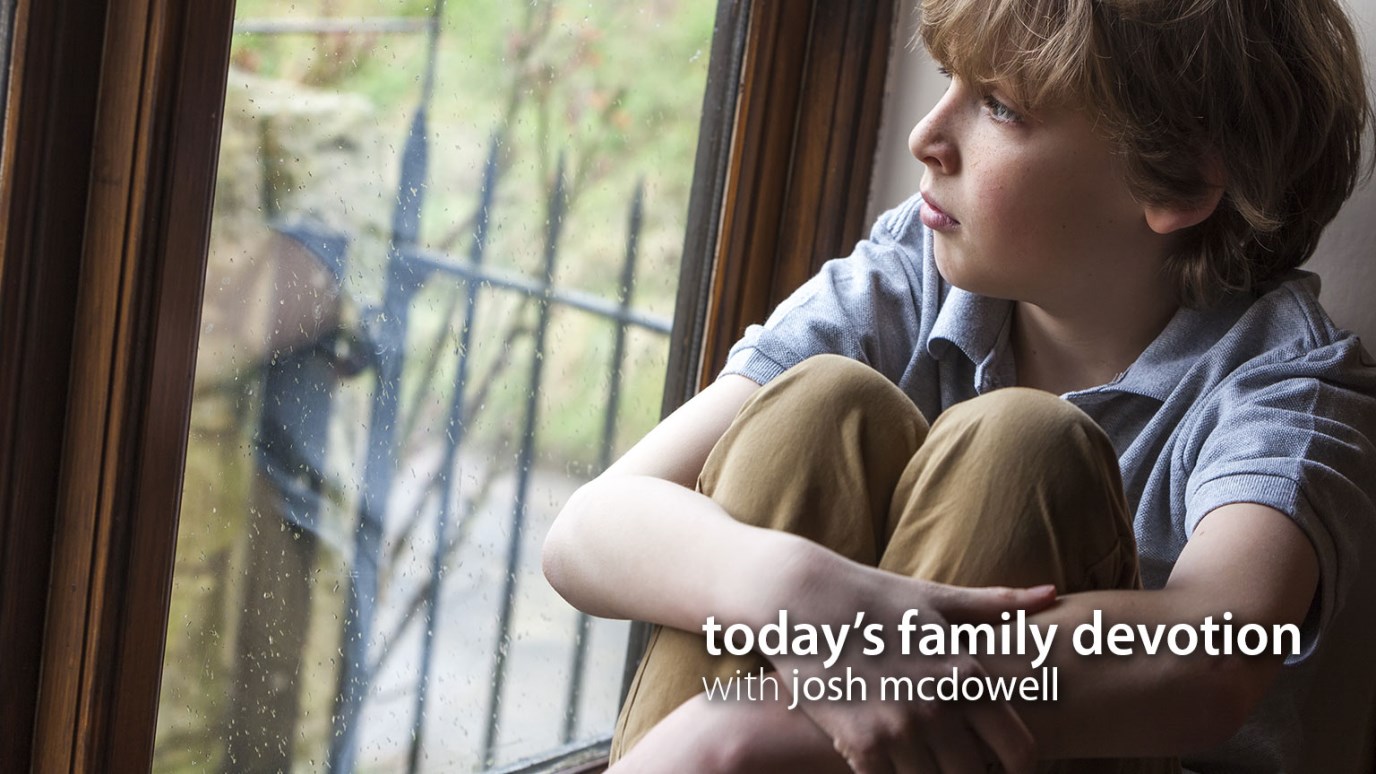 Josh McDowell shares how to help your children keep their eyes on the Lord even when others try to force them away His will.

Perseverance obeys God rather than men.

“Are you trying to make the rest of us look bad?” asked Michael, the biggest kid in the class, looking menacingly at Denny.

“What do you mean?” Denny asked innocently. He glanced at Travis and Clay, two of Michael’s friends.

Michael poked his finger in Denny’s chest. “You get an A on every test we take,” he said. “And the rest of us get C’s and D’s. If it wasn’t for you, Miss Preston might make the tests easier. But you have to go and make the rest of us look dumb. You better not make us look bad on the next test, you hear?”

Michael and his friends left, and Denny sat cross-legged on the playground. What was he going to do? His parents had always taught him to do his best in school, but he didn’t want to get beat up by Michael and his friends. And he knew that if he told Miss Preston or his parents, Michael would probably beat him up anyway.

I could just try to get a B, he thought. That wouldn’t be so wrong. Maybe Michael won’t beat me up. But even as he tried to think of a solution, he knew he couldn’t give in to the bully. His parents had taught him to always do his best, and he knew it would be wrong to give in to Michael’s threats.

Denny stood and searched the playground for Michael. He finally spotted him, standing with Travis and Clay by the drinking fountain. He took a deep breath and walked over.

“Michael,” he said, “you can get mad if you want to, but I’m not going to get bad grades just for you.” His mouth was as dry as a desert. He licked his lips. “It … it wouldn’t be right.”

Michael smiled sweetly. “You’re right, Denny,” he said. “It wouldn’t be right. What made you think I wanted you to get bad grades?”

Denny blinked at Michael. What was going on? He looked from Michael to Travis and Clay. They were looking over his shoulders. He turned. “Miss Preston,” Denny said. “I… I didn’t know you were there.”

“Is there any problem here, Denny?” she said.

Denny turned and looked at Michael, then at Travis and Clay. “No, ma’am,” he said. Miss Preston turned her gaze on Michael. He smiled. “No problem at all, Miss Preston.”

“Good,” the teacher answered. “I’ll be watching to make sure you keep it that way.”

TO DISCUSS: Peter and John persevered and did the right thing in the face of persecution. How was Denny’s situation like theirs? How was it different? Were Peter and John right to persevere? Why or why not? What can we learn from Peter and John’s—and Denny’s—example?

TO PRAY: “Lord, when others try to force us away from your will, help us to keep our eyes on you and to persevere.”

Common Sense Is Now Uncommon As We Raise Kids
Dr. Tim Elmore
Follow Us
Grow Daily with Unlimited Content
Uninterrupted Ad-Free Experience
Watch a Christian or Family Movie Every Month for Free
Early and Exclusive Access to Christian Resources
Feel the Heart of Worship with Weekly Worship Radio
Become a Member
No Thanks