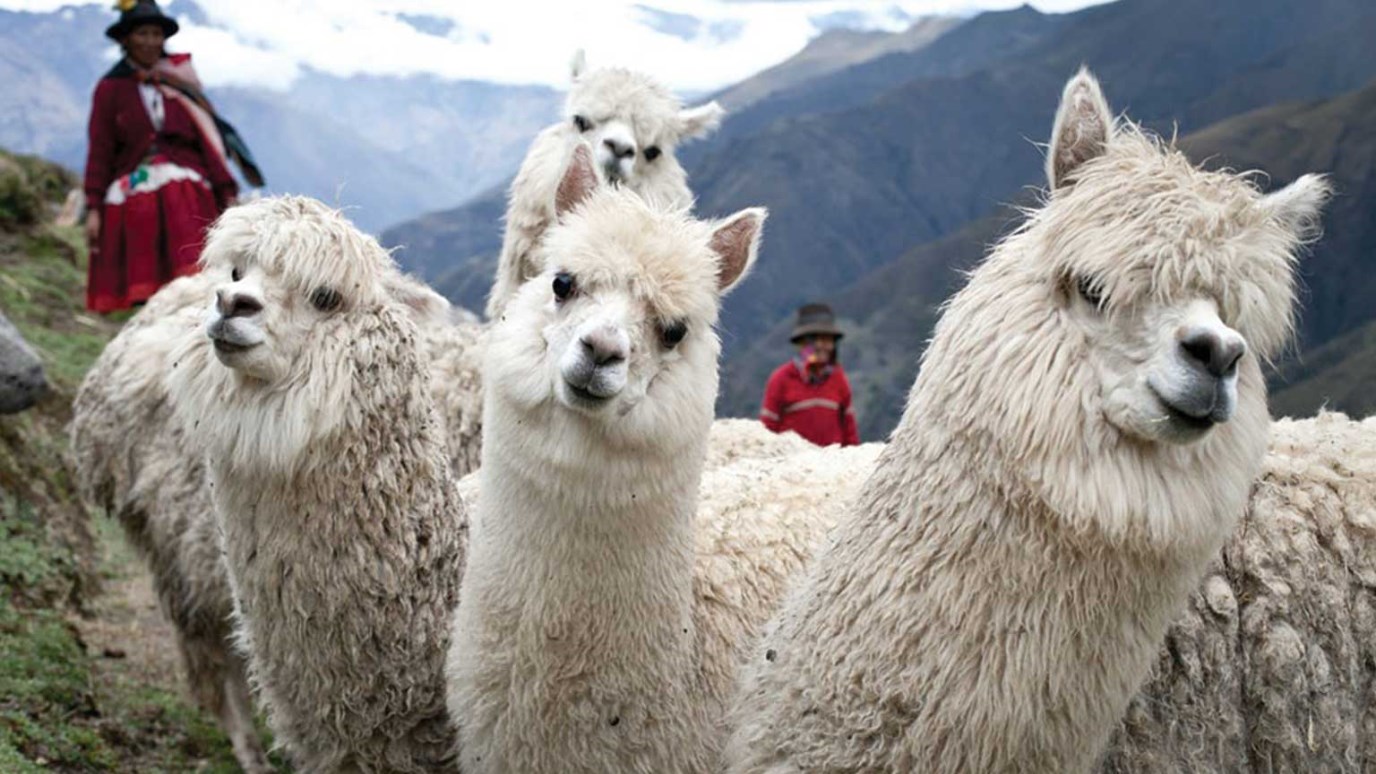 Alpacas in the Andes Mountains of Peru help families survive.

Isidora Gente, about 58, and her husband Felix Puma, 52 live in the Andes Mountains in southern Peru. A small smattering of huts perched on a steep slope make up their village, called Tocas Quesera. Purple mountain ranges fade into the distant view.

From the main gravel road, footpaths wind up into the rocky green highlands, the peaks lost in the clouds. It’s idyllic, and quiet except for the bleats of sheep.

But it wasn’t always this way.

In the 1980s, this area was lashed by horrific violence from a terrorist group called the Shining Path.

“It was a really serious situation,” says relative Maximo Curo, 42. “The Shining Path used to kill people and kill animals to feed their troops. They used to kill the owner and take the animals.”

That included the alpacas that Isidora and Felix raised in the rural highlands, the area where the Shining Path was most active. The violence forced families to flee to cities for safety. Isidora and Felix fled with their two children to Huanta, the district capital, in the mid-1980s.

“The hardest thing was to leave our house that was burned and destroyed,” Isidora says. “Our animals were killed. We suffered very much.”

They rented a single room to live in. At night, the men stood guard to keep an eye on the community, fearing attacks by the Shining Path, which was known to kill anyone—even women and children.

Each morning they took a headcount to make sure they hadn’t lost anyone.

“We spent days crying, living in a foreign town as strangers,” says Isidora.

After more than eight years away, Isidora and Felix returned home in 1993. But they had nothing.

“We were really poor,” says Isidora. “We couldn’t find anything to eat.”

They didn’t have enough money to feed their children, making them more vulnerable to illness, and they they couldn’t afford medicine to help them heal. They could only hope to make it to the next day.

Eventually, they were able to save enough to get two sheep and two cows. Things started to look up.

“Our lives were changed,” says Isidora. “Some of the fear remains…but we were happy to come back to our community.”

Because this area had been so devastated by the violence, World Vision came in 1996.

They registered children for sponsorship, opening access to education and healthcare. The organization also helped villagers prepare the land and held training sessions about pasture, crops, and animal care as well as reforestation, and they collectively planted trees.

After training, World Vision grouped the families and distributed alpacas—the very animals Isidora and Felix had lost. Groups of five or six families cared for 12 alpacas together, keeping them in the highland pasture and checking on them every day to make sure they were healthy and didn’t have any parasites.

“Before the violence, we didn’t know anything about pasture,” Felix says. “We didn’t have training from other organizations.”

Besides the alpacas, Isidora and Felix also have a horse, pigs, sheep, chickens, and 80 guinea pigs, which are also from a World Vision project.

Isidora said these animals are a kind of insurance for her family that allows her to dream for a better future for her two children—one that includes them going to Huanta for high school and then going away to attend university.

“In the past, we were only fearing death,” she says. “The future meant protecting our children for the next day. Now we have hope and a future.”