People You Will Encounter 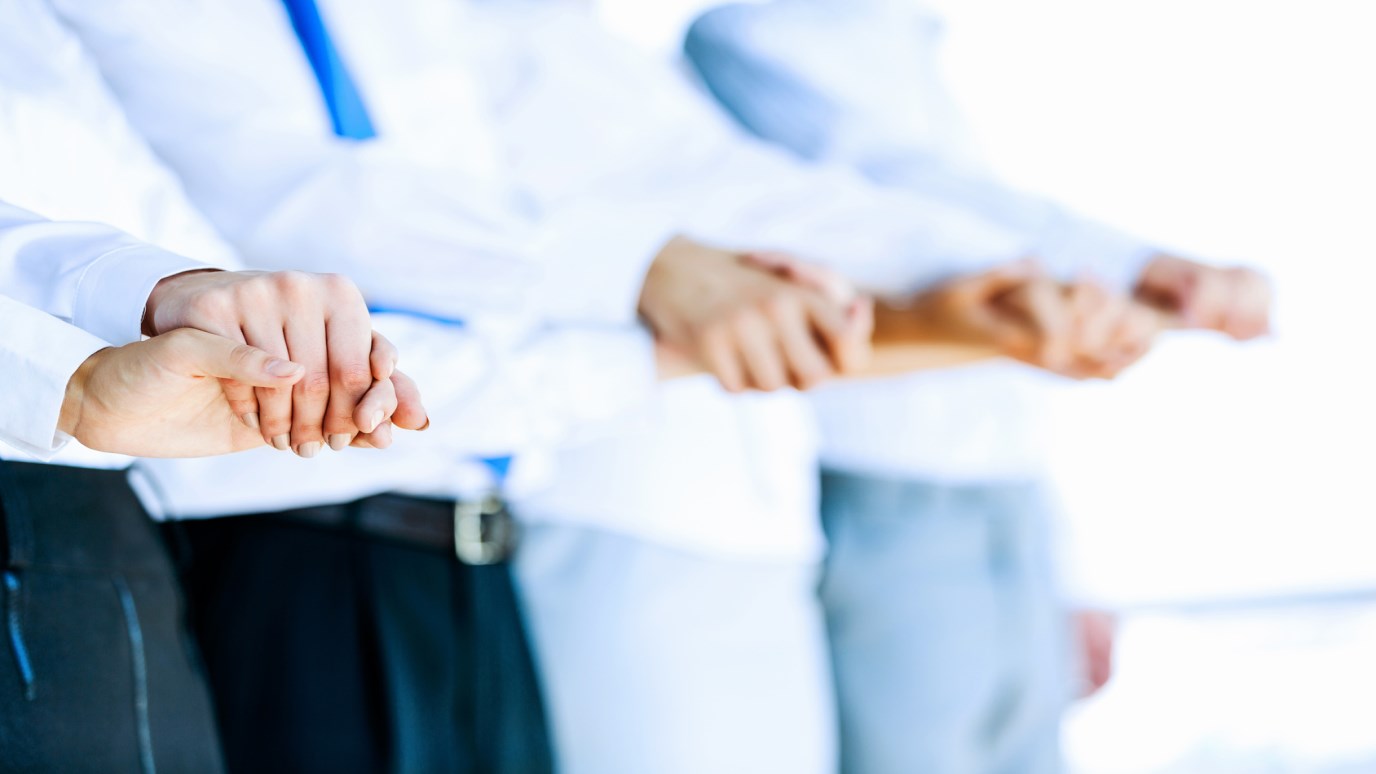 Dr. Sam Chand offers insight on eight different types of people that will help you deal with them appropriately.

There are many types of people who regularly cross the path of a leader. As you climb the ladder you're on, you'll encounter people who are:

Many of the difficulties you'll encounter come from not knowing how to deal with the issues and situations raised by these different groups. When we don't know how to disengage and engage with people, it causes pain. Knowing more about these eight particular types of people can help you deal with them appropriately:

1. Positive and negative people – You'll encounter both positive and negative people. It's easy to recognize positive people; they are the ones who add value to your life. As you move up your ladder, it's important to have positive people around you. We are all built with a need for approval and we want to be around people who add value by agreeing with us. It's also important to understand that agreement is not always positive and disagreement is not always negative; people can disagree with us and still add value. But there are some people who will not agree with us at all. What can you do about these people? What strategy can you use with them? I heard one very insightful remark from the former president of Kenya. During our discussion he made the comment, "To appease everybody is to invite trouble." When a company or an organization grows, you will find yourself appeasing fewer people. Appeasement means that you have to find the middle of the road. The more you travel in the middle of the road, the more mediocrity you're going to produce. Excellence is found on the edges, never in the middle. Saying "yes" to one group or to one person and "no" to another invites challenges on each side. Many times, when negative people give you their opinions, they expect you to follow through. That's why it's important to be around people who are willing to give you input without a demanding spirit. These are the positive people, the ones who will add value and help you get where you want to go.

2. People you have outgrown – You must also deal with people you have outgrown. Growing is necessary; it's what keeps you moving. There will be folks who started the journey with you that you will have outdistanced. Maybe there's someone who was an integral part of your organization who just hasn't grown with you. People have to understand that if you don't grow, you've got to go. The same thing can happen in a church. Perhaps you began with 25, 30, or even 100 people in your congregation. As you've expanded to two or more services and have added many more people, you might find that the elders, board members or other leaders who have accompanied you are not the same ones who will take you where you need to go. As a leader, you have to accept those facts.

3. People who are tied to yesterday's solutions – People who are tied to yesterday's solutions are another concern. Dealing with the "old guard" is an issue that every leader has to wrestle with. In the early stages of an organization, we throw people at issues. When you began your church, you just wanted someone to play the keyboard. You weren't concerned about the person's music pedigree. If you and your son started a landscaping business, for instance, you're not looking for an employee with vast experience. You're just looking for someone who is breathing, who can come to work and push a lawn mower. So maybe you hire your neighbor's son, who is also your son's friend. After a certain amount of growth, we begin refining our approach or expertise. When that happens, we realize that the people we have doing the work are not working out. Maybe they don't understand what you want, don't want to learn contemporary worship songs, or wonder what's wrong with the way they've always done things. What do you do with those people now? Yesterday's solutions have become today's problems. And because the young man you hired to push the lawnmower is your son's friend, your son may not like it when you let him go. Your neighbor may not like it, either. Solving issues about yesterday's solutions are often complicated.

4. "That's not my job" people – Then there are the "that's not my job" people. When you hire people, they're typically tied to job descriptions. At higher levels, you are less concerned with job descriptions than you are with the three essential factors: character, competency and chemistry. Competency is about the skills, the training, and the experience required to get the job done. Character is about integrity. Bill Hybels describes integrity as what you do when there's nobody watching you. You want to know that you can trust this person. Chemistry is the one characteristic that can really cause issues. It asks, "Does this person fit?" "Can they get along with other people?" Carly Fiorina was the first outsider to lead Hewlett Packard. When she left, many people attributed her departure to chemistry. She just didn't fit with the HP culture. Southwest Airlines is a prime example of the great results you can achieve when employees have the right blend of competency, character and chemistry. A man called the Southwest Airlines ticket counter in Dallas, concerned about his elderly mother's ability to change planes in Tulsa. The ticket agent who took the call volunteered to drive the woman to the airport and fly with her from Dallas to Tulsa after his shift was over, just to ensure that she made the connection. You want people like that, people who aren't restricted by the circumstances under which they were hired. You want people who take ownership of the situation instead of saying, "That's not my job."

5. People who have not moved on – You also have to cope with people who have not moved on. A leader is always dynamic, while organizations tend to be static. When the vision and movement of the leader do not mirror the vision and movement of the organization, they're out of sync with each other. We call that tension a lack of organizational congruence or alignment. Carly Fiorina's vision of merging HP with Compaq caused a great deal of organizational tension. She had to battle employees, shareholders and even the board members. Her vision was out of sync with the organization. When you have moved on and your organization has not, you have to figure out who is going to take the journey with you and who is not. You have to think about where you're going and who can help you to get there.

6. People who can give you new perspective – It's also important that you find people who can give you new perspective. The most productive time of a new employee in any organization--secular or sacred--is the first three months. After that, they do not add the same value. In the first three months, they give you a new perspective by questioning the way you do things. They might say, "Didn't I just fill out a form that asked me for this same information?" They find redundancies, they look for duplication, and they look for ineffectiveness. They find more effective ways to do things and they bring new ideas with them. After three months, they know survival involves falling in step, so their DNA becomes that of the organization. When I was president of a college and hired people, I always had a conversation with a new employee and his or her supervisor. I'd bring them together on the first day and encourage the new person to ask questions and tell the supervisor not to be threatened by the questions. I'd tell them that those questions will help us to reconfigure and reinvent ourselves, and help us to make improvements. New people bring a perspective that others cannot give you because they see things at another level. Whether they're internal or external, you'll be able to recognize these change agents immediately by the fresh perspective they offer your organization.

7. People you can be transparent with – It's equally important to have people you can be transparent with. As you rise in leadership, it becomes increasingly difficult to find people you can talk to about your inner issues. There are fewer and fewer people you can be transparent with, reveal your fears to, and have them listen to your concerns. Since these are not issues that you can talk about with just anybody, you need a few people in your life that you can talk to. Chances are that the people you had conversations with two years ago may not be the same people you'll be having conversations with in years to come. Why is it so difficult to find people to talk to? It's because the stakes are higher. When your landscaping company was just two men and a truck, you could talk about anything while you're driving down the road. But when you have 10 trucks and 100 employees, you're not going to talk to everyone about the equipment you're going to buy, about your plans to leverage your business, or about those you have to let go because they're not working out. There are fewer people who understand the reality of your position. You can find a lot of people when you're are at the "two-men-in-a truck" level. But you're going to have fewer people available to you when the organization expands. It really can be lonely at the top--but it doesn't have to be.

The Lord Will Pay
Dr. Bill Bright
Follow Us
Grow Daily with Unlimited Content
Uninterrupted Ad-Free Experience
Watch a Christian or Family Movie Every Month for Free
Early and Exclusive Access to Christian Resources
Feel the Heart of Worship with Weekly Worship Radio
Become a Member
No Thanks