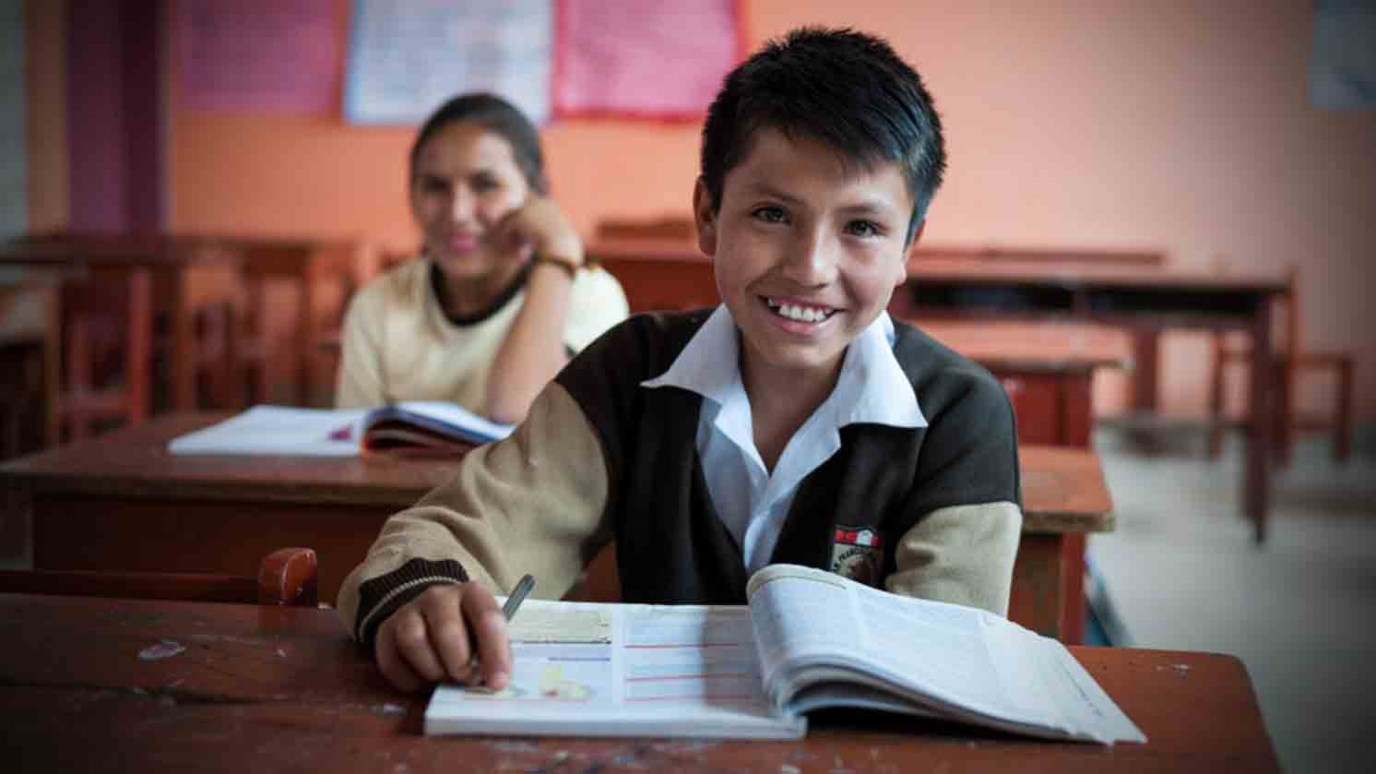 Karen’s favorite class is English; Angel’s is communications and literature. Both are former sponsored children who are involved with the World Vision-run Children’s Parliament. Karen is president; Angel is vice president—they ran together on one ticket.

Many of the children involved with World Vision’s programs and sponsorship in Huanta attend this school.

The Children’s Parliament was created by World Vision in the early 2000s. The group of children and teenagers, ages 8-17, many of them sponsored, meet weekly to discuss their rights, develop leadership skills, and create campaigns to help disadvantaged children.

The sky’s the limit for children in Huanta, Peru, where 19 years of child sponsorship and community development by World Vision have helped families overcome a violent past. Today, Huanta’s children are equipped with the creativity and confidence to help lead their community into a promising future.

World Vision began work in Huanta, a city in the Andes Mountains in Ayacucho region, Peru, in 1996, to help families—mostly indigenous Quechua people—who fled their villages to escape the violence of Shining Path (Sendero Luminoso) and the resulting military response.

The Idea of Prostitution
Danielle Strickland

Wrestling with God About the Hard Blessings
Shannon Dingle