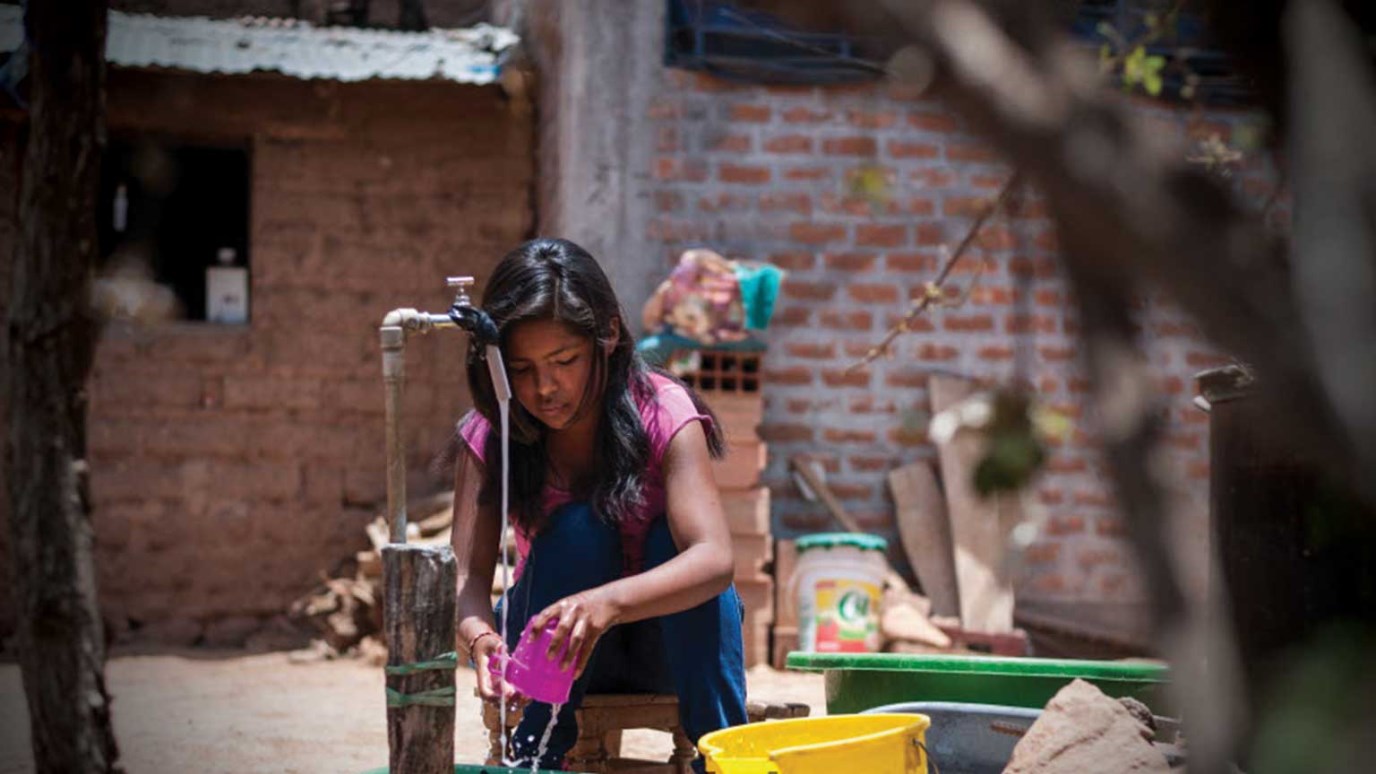 Luana Ramos Diaz, 15, washes dishes and cooks at her family’s home in Peru.

As an antidote to her exhausting life—serving as secretary of the Children’s Parliament, maintaining top marks in math, and helping her divorced mother around the house—she leans on Matthew 11:28. “If you have problems, anything you are bearing, put it in the hands of God,” she says. “Then you will be peaceful and can go on in life.”

Luana knows where to place her burdens. She also knows, thanks to the Children’s Parliament, where to direct her opinions. A new expectation for Huanta’s children is that authorities will listen when they speak.

Though soft-spoken, the teen knows exactly what she’d say to her country’s president if given the chance: “Peru has an education budget of 4 or 5 percent of the GDP, and I would ask him to raise that percentage,” she says.

Luana helped organize the Huanta chapter of an emerging governmental entity for youth, the Advisory Council on Children and Adolescents. In that capacity she traveled last year to Lima, the capital, and met with government ministers to discuss issues facing vulnerable children in her region.

“I like to give my opinion,” Luana says, taking a break from bustling around her house in the Hospital Baja neighborhood. “But what I like best is to participate.” She cites the Children’s Parliament campaigns that reach out to other kids in need. “We do this because of love,” she says.

The sky’s the limit for children in Huanta, Peru, where 19 years of child sponsorship and community development have helped families overcome a violent past. Today, Huanta’s children are equipped with the creativity and confidence to help lead their community into a promising future.