Parents Should Calmly Help Their Babies Learn to Feed Themselves 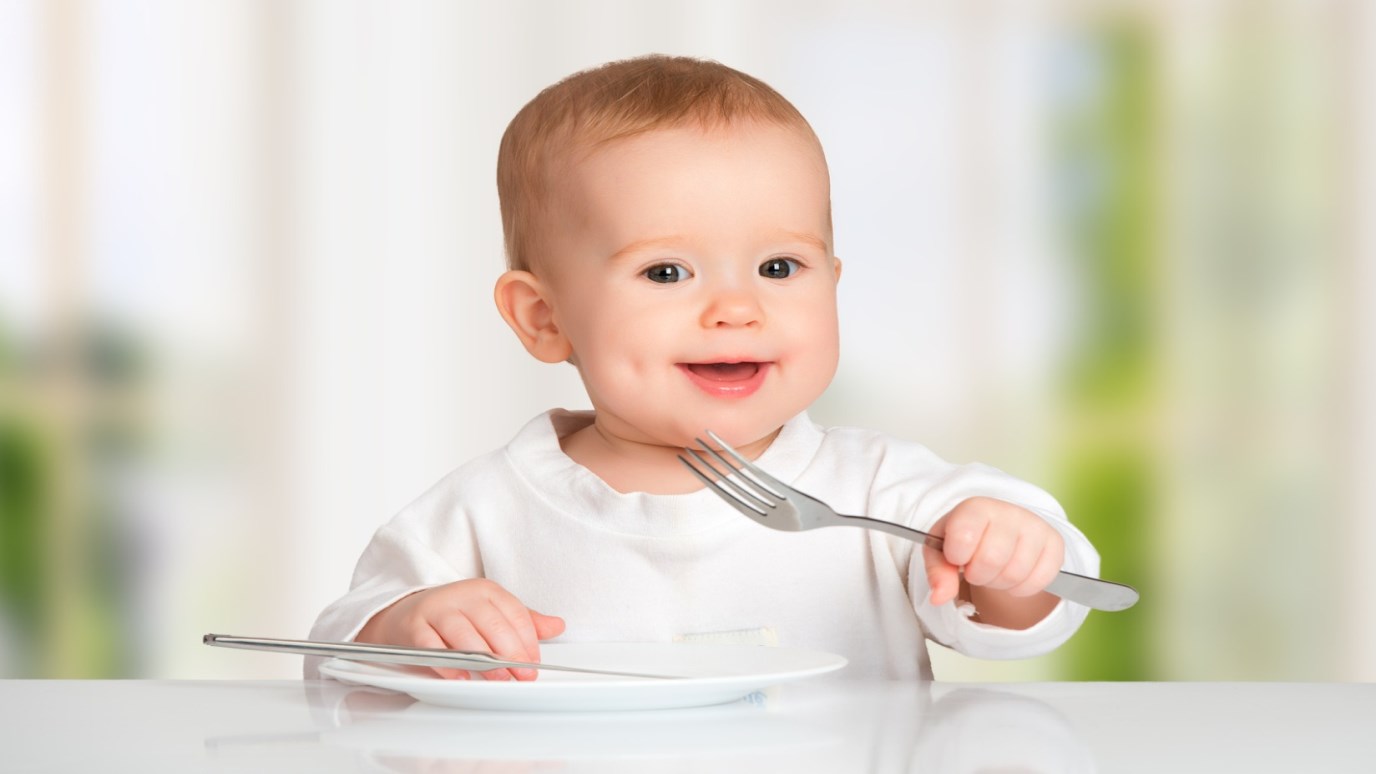 Are you still feeding your baby? How can you help your baby learn to feed him or herself?

Q. Our 16-month-old son refuses to feed himself. He will not even touch his food other than to throw it to the floor. If I try to put a bit of finger food in his hand, he acts like I'm burning him. As a result, I have to feed him every bite, and he is becoming more and more picky about what he will eat. He even refuses to use a sippy cup or hold his own bottle, so I still hold it for him. Most recently, he's starting acting afraid of sitting in his high chair. Could this have anything to do with his anxiety, and should we try a different type of chair?

My general advice: Feed an infant separately, not during the family meal. While doing so, do other things, so that your focus is not entirely on the child. Feed the child a bite, then get up and do something else, then come back and feed another bite, and so on.

As soon as possible, introduce finger foods, so the child begins getting used to self-feeding. Pay no attention to how much he eats. Don't encourage or entice or act like a cheerleader. Finally, when he seems done, let him down. Whether a baby eats a lot or a little, he will satisfy his hunger.

Now, here's how to uncreate your family food monster: To begin with, stop feeding him. Leave a platter of finger food and a sippy cup out, all day long, at his level. Let him graze.

You and your husband should eat by yourselves as he wanders around. Don't invite him to the table, and if he comes over and asks for food, direct him to his finger foods. Pay absolutely no attention to what he eats or how often or how much. In addition, make the bottles disappear. When he asks for one, just say, "No more bottle" and direct him to his sippy. It may take as much as a day, but he will begin drinking.

Follow-up: Several days after I rendered this advice, the child's mother e-mailed me saying, "We followed your instructions and they worked perfectly! It was quite difficult when he was trying to hand me a bit of finger food, sobbing and saying 'Ma-ma, Ma-ma, ' but we held firm and he's now feeding himself. He's obviously quite proud of himself as well."

To those folks who think infants should get used to eating with the rest of the family, I say there's a time for everything, and this is not the time. If a child does not eat with the family until age 4 (which is when I began sitting at the "big table"), he will civilize quickly. Besides, that's four years of invaluable mealtime peace.

Five Tips for Teaching Your Children Self Control
Growing Leaders

The Testimony of a Godly Family
Josh McDowell