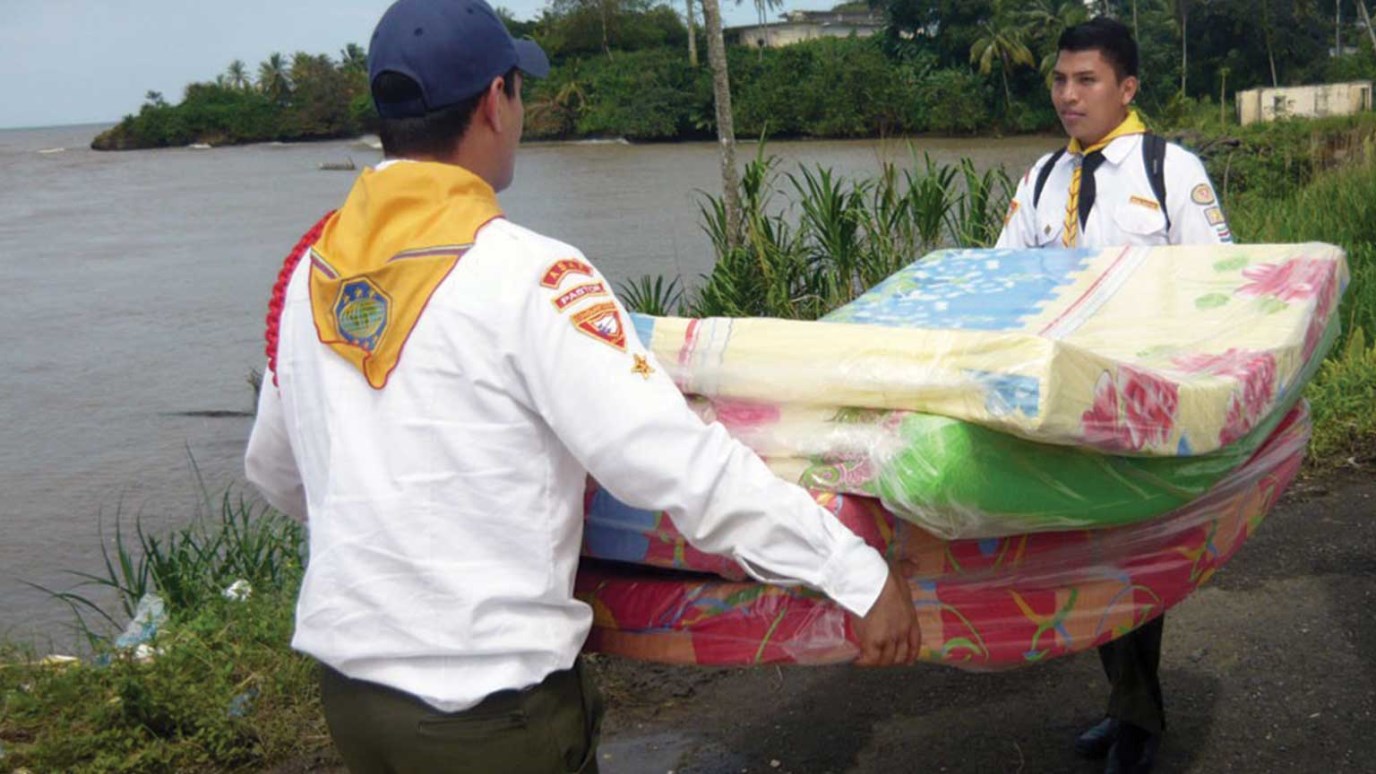 Aaron Echazabal, 27, of Panama City, Panama, got a call from his pastor Nov. 29.

Heavy rains had caused massive flooding along the country’s north-central coast in Colon county. World Vision wanted him and the youth group he leads to help affected families.

Two days later, in December, they went house-to-house in the Palmas Bellas community, assisting families devastated by the floodwaters.

Aaron was among dozens of Panamanians who responded with World Vision to the flooding in Colon county.

The youth group distributed food kits and mattresses to about 350 people and provided medical services, counseling, and spiritual care to affected residents, as well as facilitated children’s activities.

“They were working nonstop,” says Fabiano Franz, World Vision’s director of humanitarian and emergency affairs in Latin America. “From my perspective … it went very nicely in the way that people were organized. We were able to mobilize lot of people.”

Just three months earlier, World Vision trained about half of the 65 volunteers in emergency response.

In Palmas Bellas Aaron coordinated communications among responding groups, including World Vision and other faith-based nongovernmental organizations. Other members of his youth group helped with tasks such as communications and medical and spiritual care.

“It was excellent to see how each one of them used their abilities to help the people,” Aaron says. “Since this experience, I’m glad to see they’re more conscientious of the needs of people with few resources.”

The August training event was the first of its kind for World Vision.

The organization has since trained more than 2,500 youth between 14 and 24 years old in 11 Latin American countries as first-responders and plans to equip another 12,000 in 2013.

The idea is to train youth to provide help in the first critical hours after disaster strikes.

The response in Colon also represents the increasing desire by many Latin American youths to be more proactive and helpful in their communities.

“They don’t want to be the listeners anymore. They want to participate. This really brings them some purpose,” Fabiano says. “We provided them the space to grow and to participate.”