Out in the Desert 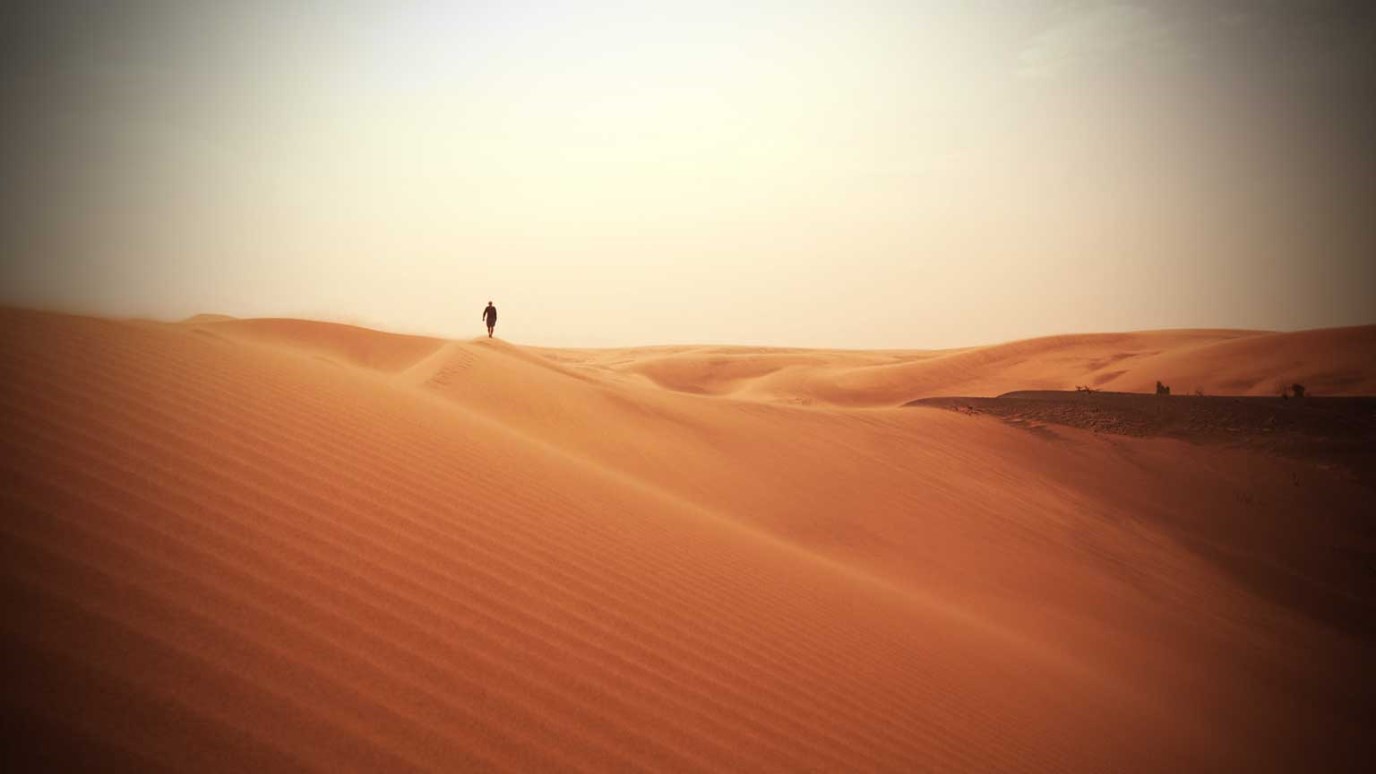 John the Baptist's message was as beautiful as a color-changing rock. That’s because hearing “the kingdom of heaven is near” reminded people that a Savior was coming who would heal their broken relationship with God.

“Later, John the Baptizer appeared in the desert of Judea. His message was, ‘Turn to God and change the way you think and act, because the kingdom of heaven is near.’ Jerusalem, all Judea, and the whole Jordan Valley went to him. As they confessed their sins, he baptized them in the Jordan River” (Matthew 3:1, 2, 5, 6).

In the middle of the Australian desert, you can find the world’s largest monolith, which is a fancy word for one gigantic rock. Uluru* is 1,141 feet tall, which is taller than the Eiffel Tower in Paris. If you wanted to go around it, you would have to walk for almost six miles. Sometimes the color seems to change from red to orange to almost light purple. It is so amazing that, even though it is a five-hour drive from the nearest big city, almost 250,000 people visit each year.

John the Baptist was like Uluru. He stood in the middle of a desert, but people traveled from all over the area to see him. His message was as hard as a rock. After all, who wants to be reminded that they are sinful and need to say they’re sorry and turn back to God? Still, his message was as beautiful as a color-changing rock. That’s because hearing “the kingdom of heaven is near,” reminded the people that a Savior was coming who would heal their broken relationship with God.

Do you ever feel like Uluru or like John the Baptist? How does believing in Jesus sometimes make you feel like you’re out in the wilderness?

How does your faith in Jesus make you stand apart? How does it draw people to you?

*For parents: You probably know this as Ayres Rock. Uluru is the Aboriginal and official name.

The Knowldege of Good and Evil
Your Story Hour

Mix in the Yeast
Linda Buxa