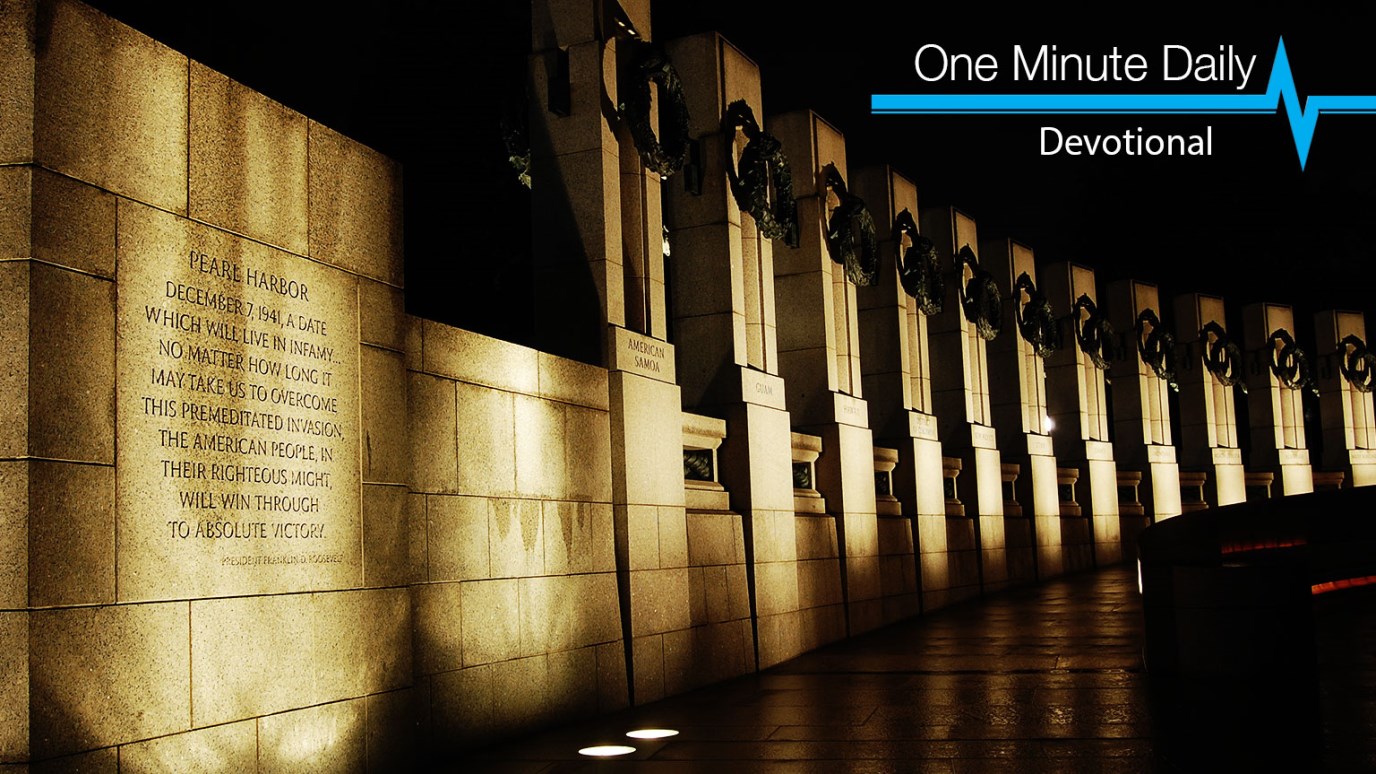 Bryant Wright gives insight on the unselfish role we are to play as followers of Christ.

"Do nothing from selfishness or empty conceit, but with humility of mind, regard one another as more important than yourselves" - Philippians 2:3.

If you visit the mall in Washington, D.C., you will see our newest national monument, the National World War II Memorial. It’s a grand celebration of the greatest generation America has ever produced.

Some important symbolism is often missed with this memorial. Although the Second World War occurred first, the monuments for the veterans of Korea and Vietnam were actually built first.

How appropriate. This greatest generation was raised during the Depression, when neighbors personally sacrificed to keep friends from starving. Just as that crisis was ending, the men left to fight evil on foreign soil, while the women laced up their boots and worked in this country’s industries. After the war, they brought America to historic levels of prosperity while saving the economies of the very people they had just defeated. They lived their lives well and stayed quiet about the price they paid to do such great things.

Even though many of its honorees never lived to see its completion, how appropriate that it was the last war memorial to be built. This amazing generation had a way of putting others first and themselves last.

Jesus taught His followers, “The last shall be first” (Matthew 20:16). The greatest generation often lived that way, and that’s why they are the “greatest.”

Are You Qualified By Your House?
Dr. James Boice