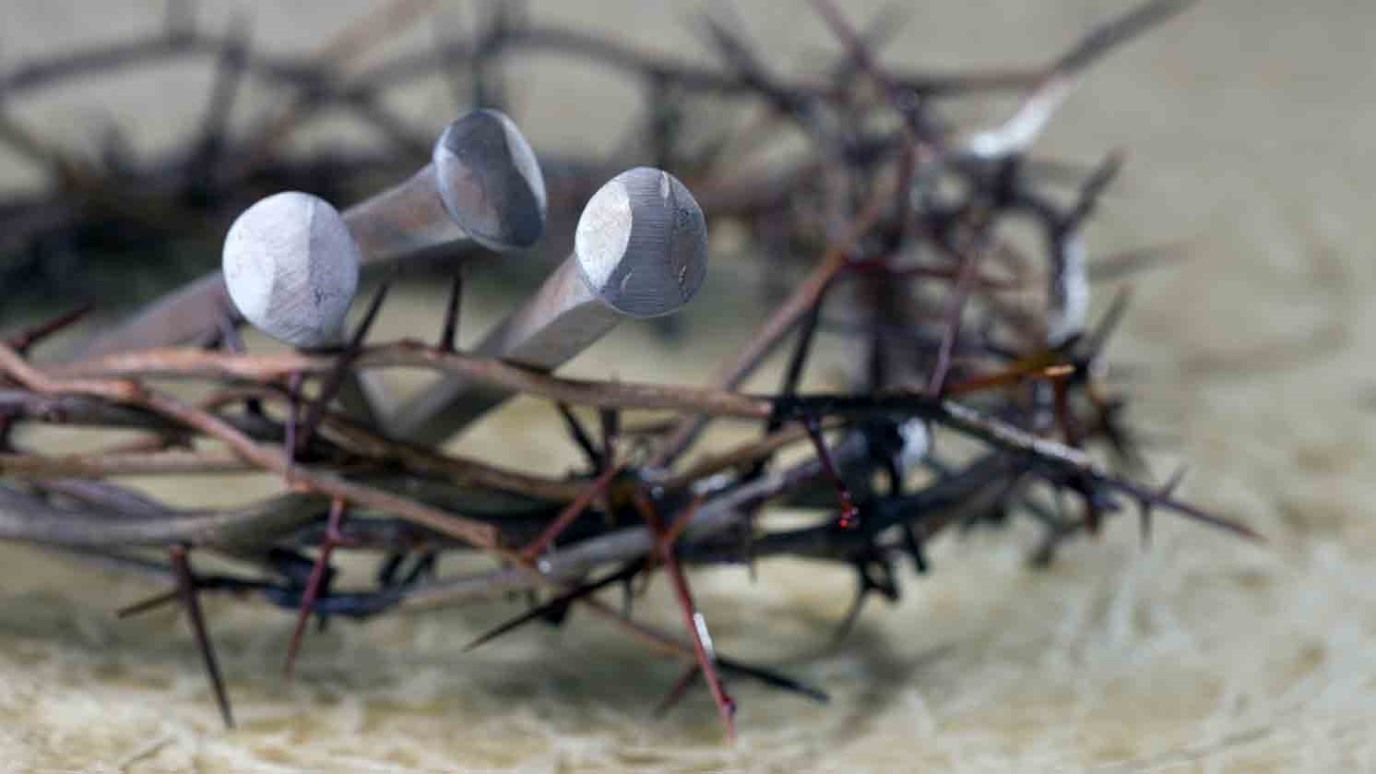 Jesus' hanging and shedding His blood on the cross was enough to buy us back to God. We all need that substitution, because all of us have sinned and come up short of God's glory.

In August 1940, the Battle of Britain was being waged in the skies over England. The German Luftwaffe was bombing London, trying to pound the British into submission in preparation for a planned invasion of the island. The Nazis had conquered all the rest of Europe, and the only thing standing in their way was the Royal Air Force. As the fighter pilots of the RAF were turning the tide, Prime Minister Winston Churchill paid tribute to them in a stirring speech. He said, "Never in the field of human conflict was so much owed by so many to so few."

We as believers could make a similar statement. "Never in all eternity was so much owed by so many to just One." The "many" is all of humanity, and the "One," of course, is Jesus Christ.

Isaiah 53 describes what He went through. The picture is so vivid that it's almost as though Isaiah was there at the crucifixion, witnessing it all.

Notice the repetition here: "our griefs," "our sorrows," "our transgressions," "our iniquities." The emphasis is on the substitutionary death of Jesus Christ. We deserve the smiting, the wounds, the affliction, but He took it. "The chastisement for our peace was upon Him, and by His stripes we are healed" (v. 5).

Verse 6 says, "All we like sheep have gone astray." I want you to notice that this includes all of us. It doesn't say "most of us have gone astray, but there are a few of us who don't." There is not a human being on the planet who hasn't gone astray. All of us are in sin. "All have sinned and fall short of the glory of God" (Romans 3:23). A person in a religious system apart from a relationship with God will often feel smug, as though verses like this just don't apply to them. "I've never gone astray. I've always been good." And a person like this will often not come to the Lord.

But verse 12 says, "He bore the sin of many, and made intercession for the transgressors." Even while He was dying, He was praying for people: "Father, forgive them for they do not know what they are doing" (Luke 23:34).

And verse 11 says God would be "satisfied." Satisfied with what? That Jesus hanging on the cross was enough to buy us back to God. As Jesus was dying, He said, "It is finished." God wanted Him to be the Redeemer for the sins of man, and it was done, it was paid in full.

Give All the Glory to God
Andrew Wommack

The Joy of the Lord
Martin Manser