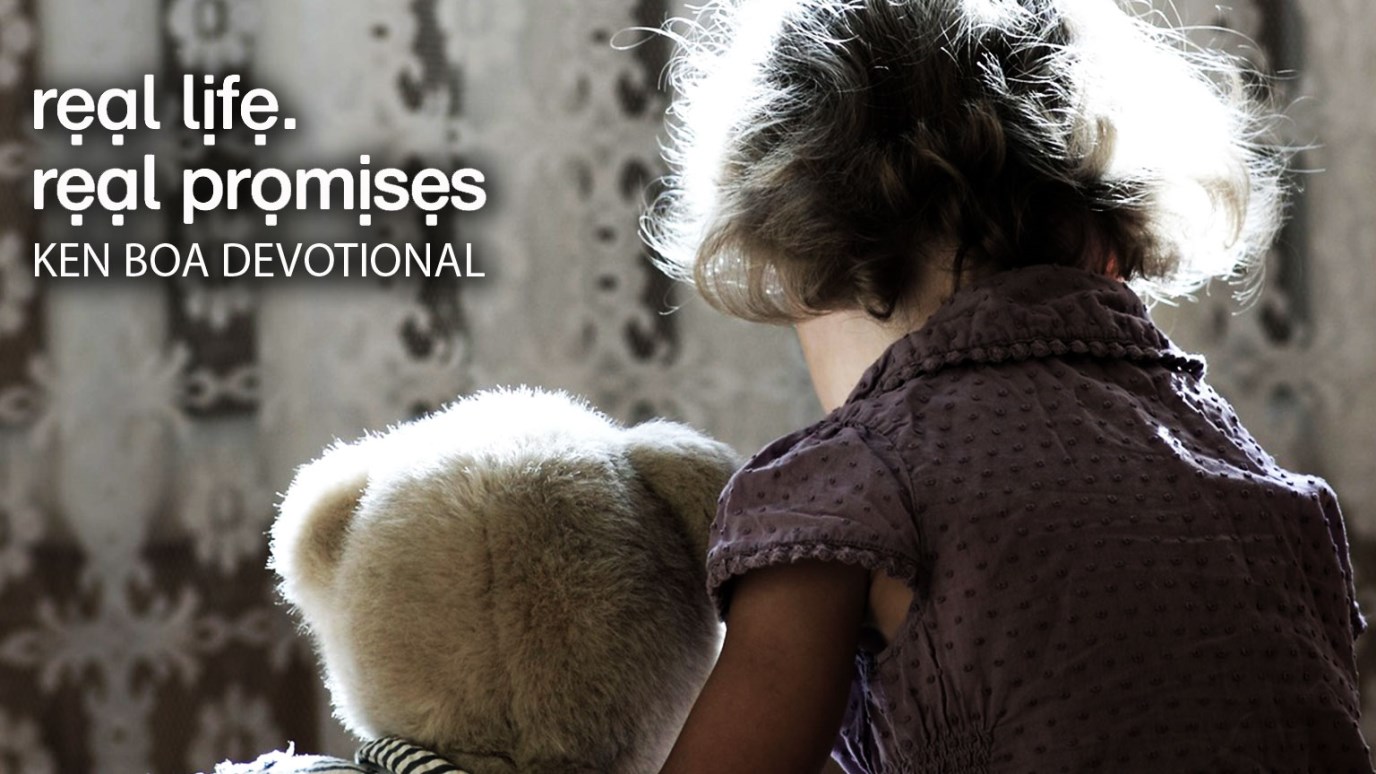 Every human begins life as a spiritual orphan. When we come to know Christ, we have found "Abba," our true spiritual daddy.

A dark spot on the proud history of England occurred in the days following World War II. London was decimated by German bombing, and, as a result of deaths and the strains of war, many English families abandoned their small children to orphanages. History has not revealed the clear reasons for England’s actions, but she transported literally hundreds and hundreds of war orphans (most with parents still living in England) to Australia, apparently to help populate that burgeoning part of her empire. It was not until nearly a half-century later that the truth was discovered by the grown children—they were British, not Australian, and many had parents alive in England whom they had never seen!

When parents are taken away—and even worse, when parents have walked away—it is not easy for children to compensate for the loss. They are not equipped emotionally to process the harshness of life on their own and integrate its lessons. Healing can be realized, and often is through the sacrificial and healing love of adoptive parents. But when it is not, a loss of identity occurs that keeps a perpetual longing in the heart of the child.

In a way, every human being begins life as a spiritual orphan. Because our first parents, Adam and Eve, ran away from their heavenly Father, we who are their descendants come into this world with a deep sense of spiritual estrangement. Fortunately, God reached out to Adam and Eve and restored their relationship, and Paul says God is doing the same with us. When we come to know Christ, God’s Spirit immediately tells our human spirit that we are home—we have found “Abba,” our true spiritual daddy. His lap is large and luxurious, and he beckons us to come near. We receive not only His love now, but become His heirs, destined to share His eternal glory.

If you sometimes sense you “aren't home,” it may be that you've never met your true Father. Or perhaps you know him, but still don’t know him like you need to. Pray this prayer—“Holy Spirit, Show me my true spiritual Father”—and get ready to unpack your bags and stay forever.

God’s Promise to You: “When you find Me, you find a Father who will never leave you.”

A Tale of Three Cities
Bible Training Centre for Pastors

When a Fellow Christian Stumbles
Dr. Charles Stanley
Follow Us
Grow Daily with Unlimited Content
Uninterrupted Ad-Free Experience
Watch a Christian or Family Movie Every Month for Free
Early and Exclusive Access to Christian Resources
Feel the Heart of Worship with Weekly Worship Radio
Become a Member
No Thanks