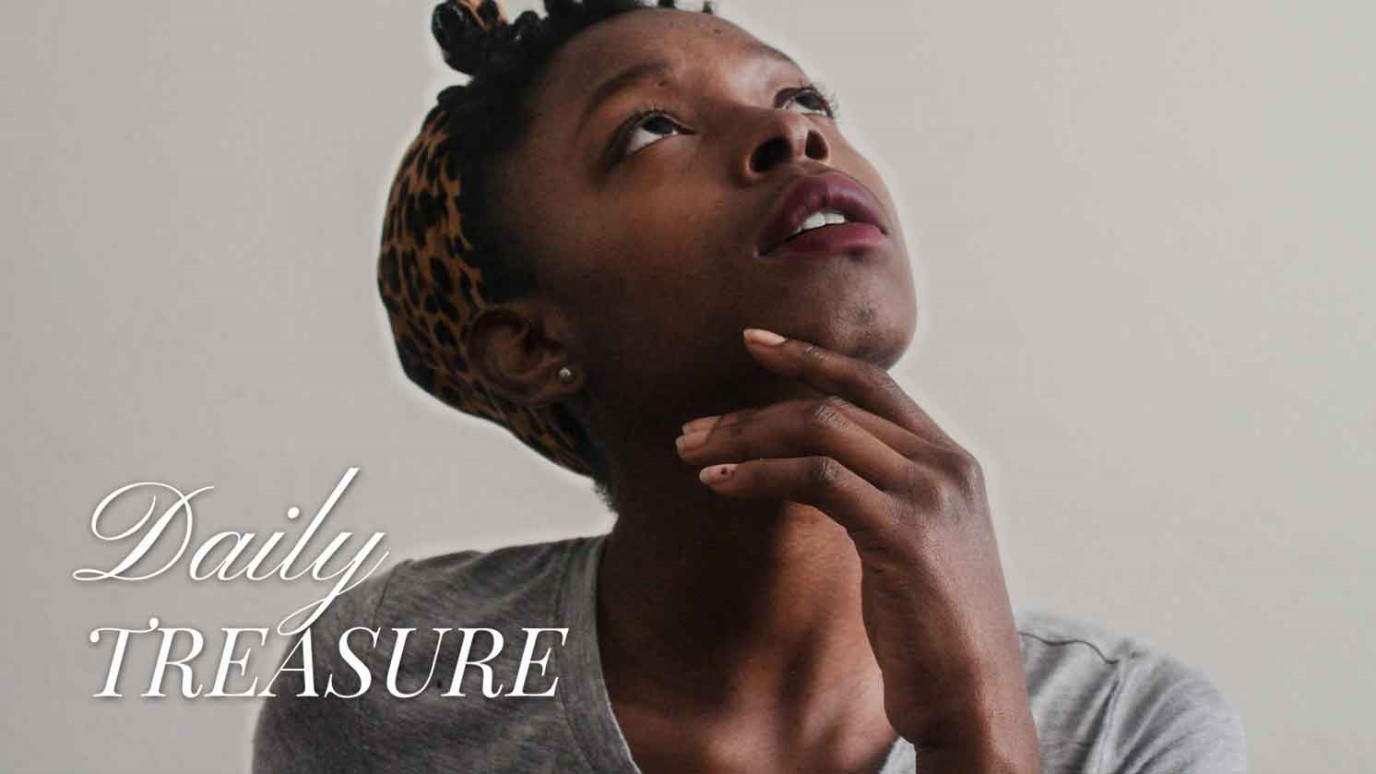 Do you consider yourself ordinary? Good! God delights in using the ordinary to accomplish the extraordinary. He transforms the mundane into the majestic, the simple into the sacred.

Soon afterward He went on through cities and villages, proclaiming and bringing the good news of the kingdom of God. And the twelve were with Him, and also some women who had been healed of evil spirits and infirmities: Mary, called Magdalene, from whom seven demons had gone out, and Joanna, the wife of Chuza, Herod's household manager, and Susanna, and many others, who provided for them out of their means.

A grandmother’s heart broke as she considered the ramifications of her beloved granddaughter’s choice to move in with her boyfriend. Her first thought was to set straight their sinful thinking. Instead, she started praying fervently for the Lord to put a guard on her mouth so her response would not push away this beloved child, but rather invite her to “taste and see that the Lord is good.” She wanted to save her beautiful grandchild from tragedy, but through prayer realized that wasn’t her role. Her prayers took on a new form as she sometimes wailed out her grief and fear, falling to her knees, prostrate, begging God to open the eyes of this beautiful young woman’s heart. Eventually, her prayers changed from, “Please, Lord, lead my granddaughter out of this relationship” to “Lord, show me how to love my granddaughter the way You love her. Show her Jesus by the way I treat her. Show her how to experience Jesus in a life transforming way.” The grandmother pursued a friendship with her granddaughter with no agenda except to love her unconditionally, recognizing the young girl needed to see Jesus, not condemnation. She has recognized that her role is not to pull out the Bible in every conversation. Instead, the more time they spend together, the more opportunities the grandmother has to share her own life experiences as a young woman, some of them carefully guarded secrets because of her unwise choices. In response to her grandmother’s transparency, her granddaughter has begun to share pieces of her heart that were previously closed off.

This story is still being written, but this grandmother’s own faith continues to deepen as she leans heavily on the love of her Father, and trusts Him to give her wisdom in the way she declares, “My God reigns.” Prayer is moving this broken hearted woman from worry to watching. She says her love for Jesus has never been deeper. She is an ordinary grandmother, sharing the extraordinary story of Jesus through the mundane moments of life.

Do you consider yourself ordinary? Good! God delights in using the ordinary to accomplish the extraordinary. He transforms the mundane into the majestic, the simple into the sacred.

When we have a clear picture of our own sinfulness and inadequacies, we may conclude we are unfit to carry the great gospel message. As we have seen in this series, our ability to offer life-giving encouragement is not rooted in our own abilities, but flows from the ultimate Life-Giver, Jesus.

Instead of allowing an auto-response of life-taking words and actions, the grandmother in our story surrendered to the transforming life-giving power of Jesus to put His life-giving words into her heart. Instead of building walls, her relationship to Jesus built a bridge into her granddaughter’s heart.

If you’re questioning the effectiveness of your ability to be a life-giving encourager, consider the ordinary people of Scripture whose simple obedience in everyday life resulted in the extraordinary proliferation of the gospel. The gospel flourished because they did what needed to be done, one task at a time. Their lives preached Jesus.

In Today’s Treasure we meet numerous women who provided for Jesus and the disciples “out of their means.” These women not only followed Jesus but also financially supported Him. Why? Each one had a story: what they were before knowing Jesus, what they became knowing Him and what hope they had because of Him. Their support of Christ and His disciples was a sermon without words. They encouraged within the context of what they had: “out of their means”. They ran from their own private battlefields to proclaim with actions and words, “Our God reigns! The battle is won!”

No child of God is exempt from this type of preaching ministry, nor should they desire to be. Each one of us who loves Jesus has a similar story.

Do you know Jesus? Have you experienced forgiveness for your sins? Then you have a story. Has God given you victory over pride, anger, life-taking speech? Then you have a message! Do you regularly experience forgiveness when you struggle with a life-dominating sin? Then you have a story to tell. Has He comforted you through trauma, illness, and financial loss? Someone needs you to offer that same comfort in his or her pain. You might instantly feel inadequate because you don’t know how to communicate your faith with words. Instead of thinking only preachers preach, view all of life as an opportunity to express gratitude to God:

And whatever you do, whether in word or deed, do it all in the name of the Lord Jesus,

giving thanks to God the Father through Him.

What’s your story? Who needs to hear how God is redeeming the messy places in your own personal battlefield?

Look around your local church and identify behind the scenes people who are serving “out of their means”, but are often hidden from sight. Send them a note or card that acknowledges they are “preaching” Jesus through their service and you know that without servants like them, the leadership, i.e., the preachers, the worship team, etc., could not serve as effectively “out of their means.”

Ask the Lord if there is a “mundane” task you need to take on, so someone else can experience the victory of proclaiming, “Our God reigns!”

Father, You give us such a privilege to share the amazing news, “My God reigns.” Remind us that life, real life flows from You, and as it flows into us, it finds a way to flow into the lives of others.

A False Witness That Pours Out Lies
Chuck F. Betters

Why Am I Not Comforted by God in My Grief, Pain and Suffering?
Chuck F. Betters
Follow Us
Grow Daily with Unlimited Content
Uninterrupted Ad-Free Experience
Watch a Christian or Family Movie Every Month for Free
Early and Exclusive Access to Christian Resources
Feel the Heart of Worship with Weekly Worship Radio
Become a Member
No Thanks