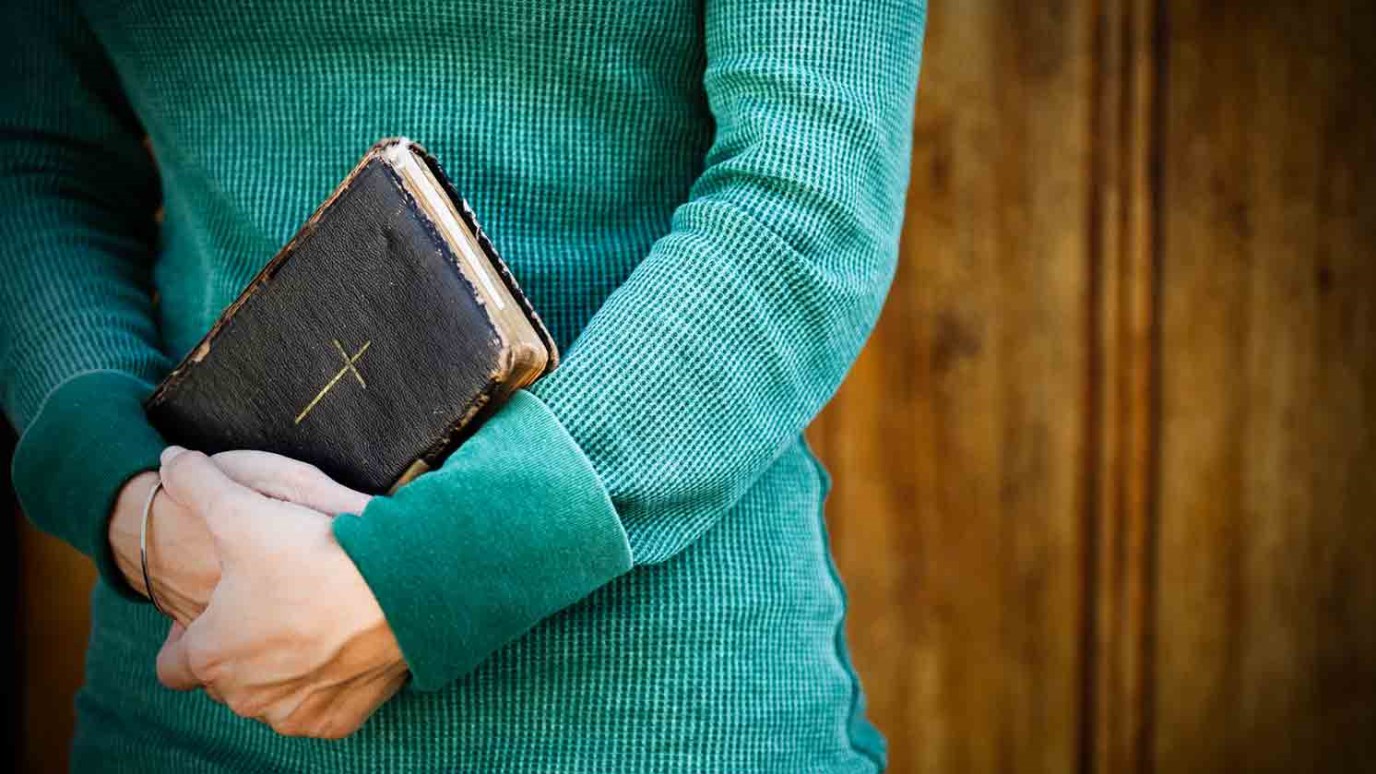 When you can't see or feel God, it can help to see and feel an object that reminds you of His nearness.

It doesn't matter how real God felt on the mountaintop; sooner or later we end up in the valley asking, "God, where are You?" This up-and-down faith journey is fairly common to all of God's people. One minute you're wondering how you could ever doubt God, and the next you're quite certain you've made it all up.

Though we'd like to avoid them, the valley seasons are good for our souls. They force us to walk in true faith, being assured of the God we hope in when He is not seen or felt. And like most things that are good for us, the valleys aren't very enjoyable. God has given many graces for the hard seasons of life (His Word and the community of other believers to name a couple), but there is one I rarely see embraced—rocks.

Memorial Stones in the Bible

What's so helpful about a rock? Well, by itself, nothing really. But God's people have often used stones to commemorate moments when God showed up in a tangible way.

When Joshua and the people are about to enter the Promised Land, God has them cross over the Jordan River on dry ground. What a momentous event! He then commands Joshua to make sure twelve stones are removed from the bottom of the Jordan River and set up as a memorial at their camp.

Why did God want them to have this physical memento from this moment? Joshua gives the answer in Joshua 4:20–24:

Again, we see this happen with Samuel. Israel had suffered some huge losses in battling the Philistines: 34,000 men had died, the Ark of the Covenant had been taken, and due to irreverence for the Ark when it returned to Israel, God struck down 50,070 men (1 Sam. 4–6).

In chapter 7, Samuel called the people to repent and rid themselves of foreign gods and only then would God deliver them from the Philistines. After repenting, the Israelites are about to battle the Philistines again and are understandably fearful. But as Samuel intercedes for the people, "the LORD thundered with a mighty sound that day against the Philistines and threw them into confusion, and they were defeated before Israel" (v. 10). What a victory!

In response to such a huge moment in the nation's history, "Samuel took a stone and set it up between Mizpah and Shen and called its name Ebenezer; for he said, 'Til now the LORD has helped us'" (1 Sam 7:12).

These are not the only two moments when a physical object was used to commemorate God's tangible presence. Jacob set up a pillar at Bethel to commemorate the place God spoke to him and reaffirmed His covenant with his family. Jesus commanded us to do things that are physical representations of important spiritual realities: The Lord's Supper reminds us of the sacrifice of Jesus for us and how it sustains us; baptism reminds us that the old man has died and we are raised to newness of life with Christ.

Physical reminders of unseen spiritual truths are a grace to us.

Physical Mementos from the Mountaintop

The examples of Joshua, Samuel, and Jacob above are all mountaintop experiences, times when God came through in huge ways, times when God was tangible to them. Each time, a random and otherwise unimportant object was chosen and assigned this purpose—to remind them of God's faithfulness in that moment for years to come.

We've collected stones for the same purpose. Currently, I have four rocks displayed in my closet. Each of these represents the faithfulness of God to our family in a different season. Some of these seasons were full of supernatural financial provision when we were in need, and some were times when God answered our prayers in miraculous ways. When I look at these rocks, I remember how God showed up in those seasons, how sure I was of God's provision for our family and that He truly was working everything out for our good.

Those rocks are a massive grace to me in the valley when God seems absent. When my prayers feel like they are hitting the ceiling, I can pick up that rock from the time God answered me with miraculous clarity. When it's hard to trust God because He seems to be allowing my life to fall apart, I can pick up that rock that reminds me of how He protected me in the past through bad circumstances.

When I can't see or feel God, it helps to see and feel an object that represents His nearness in my past. When I'm wracked with doubt and hopelessness, holding a stone from a season of faith and joy helps me fight for faith in the God who is near in both seasons. Those stones make God tangible to me.

The next time God reveals Himself to you with undeniable clarity or delivers you from your troubles, why not pick up a rock, a leaf, or a branch? Find a way to commemorate His nearness in that moment with something physical you can look at later. And when your friends or your children ask why that rock is on your mantle, share about the faithfulness of God in your life so that all may know "that the hand of the LORD is mighty and that they may fear the LORD your God forever."

Running to God with Your Doubts
Revive Our Hearts

Still, Small Voice
Back to the Bible

In the Storm
Dr. Michael Youssef

Plant a Seed and Watch It Grow!
Kenneth Copeland
Follow Us
Grow Daily with Unlimited Content
Uninterrupted Ad-Free Experience
Watch a Christian or Family Movie Every Month for Free
Early and Exclusive Access to Christian Resources
Feel the Heart of Worship with Weekly Worship Radio
Become a Member
No Thanks