Only God can Decide - A Family Devotional 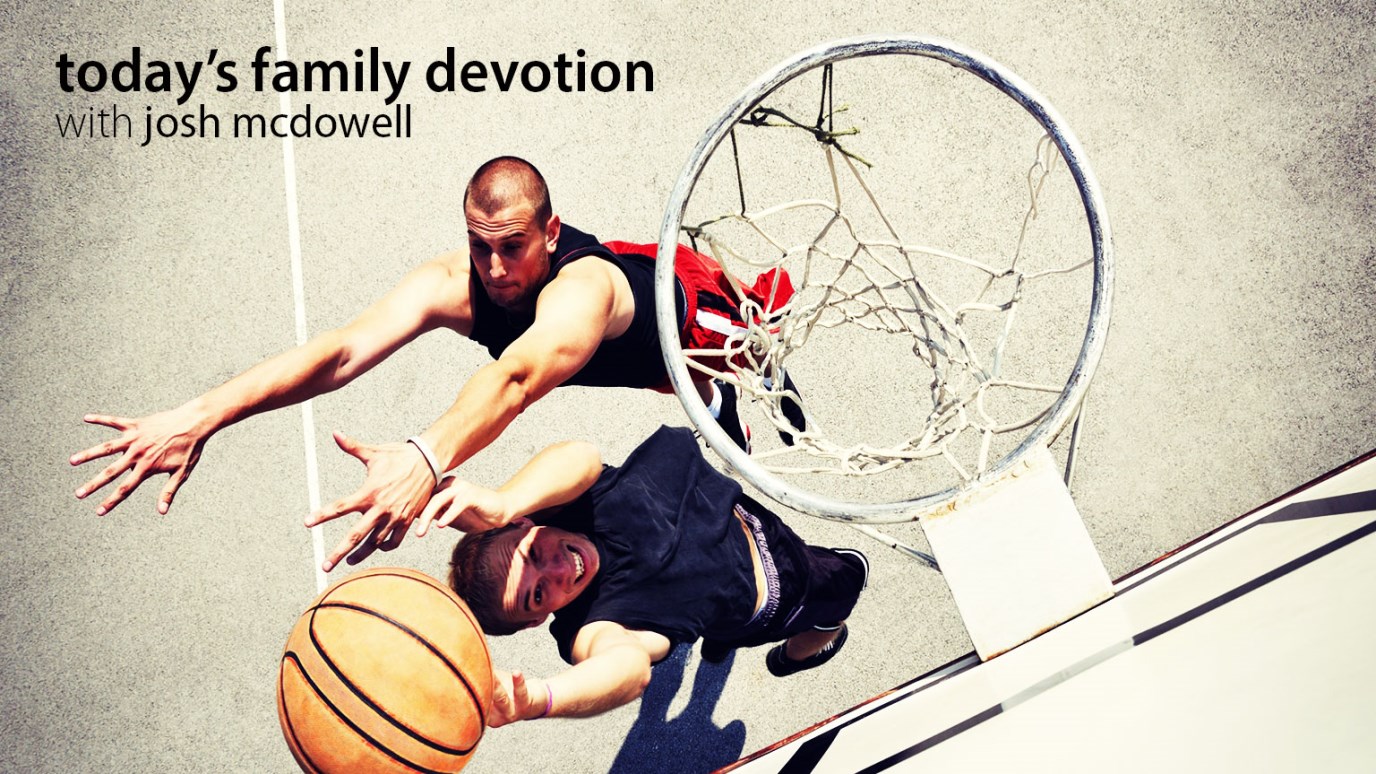 The moral authority to decide what is right and wrong belongs to God alone.

Only God can decide what's right and wrong.

Verse of the Day: Get rid of all bitterness, rage, anger, harsh words, and slander, as well as all types of malicious behavior (Ephesians 4:31).

“Get outta my face!” Brandon shouted. He shoved Lyle against the wall, called him a few names, and stormed off the basketball court.

Everyone stopped and watched Brandon leave the playground. The friendly basketball game between Brandon’s junior-high youth group and a youth group from another church came to an uncomfortable halt.

Paul, Brandon’s youth pastor, turned to the rest of the group. “I’ll be back,” he said. “You guys can keep playing.”

Paul found Brandon alone on a bench at a bus stop down the street. Paul sat beside him.

“I’m not sorry,” Brandon said. “I didn’t do nothing wrong.” Paul said nothing for a long time. A bus stopped in front of them, and the driver opened the door, but Paul smiled and waved him on.

“I’m not going to apologize,” Brandon said, ‘”cause I didn’t do nothing wrong.” “Says who?” Paul asked.

“Well, Brandon, I’m a lot older than you, and I’m not old enough to decide what’s right and wrong.”

Brandon’s eyes narrowed. He suspected a trap. “You’re not?”

“No,” Paul answered. “Because you have to be eternal to do that. Only God can decide what’s right and wrong. If you think you have the right to make that decision, you’re trying to take something that belongs to God.”

“Like the authority to decide what’s right and wrong, that’s what. That belongs to God, and it sounds to me like you’re trying to take it away from him.” “I didn’t mean it like that,” Brandon said, softening.

“Good,” Paul said. “Because when you say it’s OK to lose control like you did on that basketball court, you’re taking something that belongs to God. You can’t call it right when God has called it wrong.”

Brandon’s head sagged as he kicked his feet under the bench. “You’re going to make me apologize, aren’t you?”

Paul shook his head. “No. I have a feeling you’re going to do it without me making you.”

TO DO: Have everyone, including the adults in your family, take turns completing this statement: “I’m___________ years old, and I’ll never be old enough to decide right and wrong; only God can do that.”

TO PRAY: Make the “Verse of the Day” your prayer. If there is something in particular that you need to “get rid of,” ask the Lord for his help in doing so.
More Sermon Clips Add To Library Add to My Devotionals Favorite Share Like 13