One Plus One Equals One - A Family Devotional 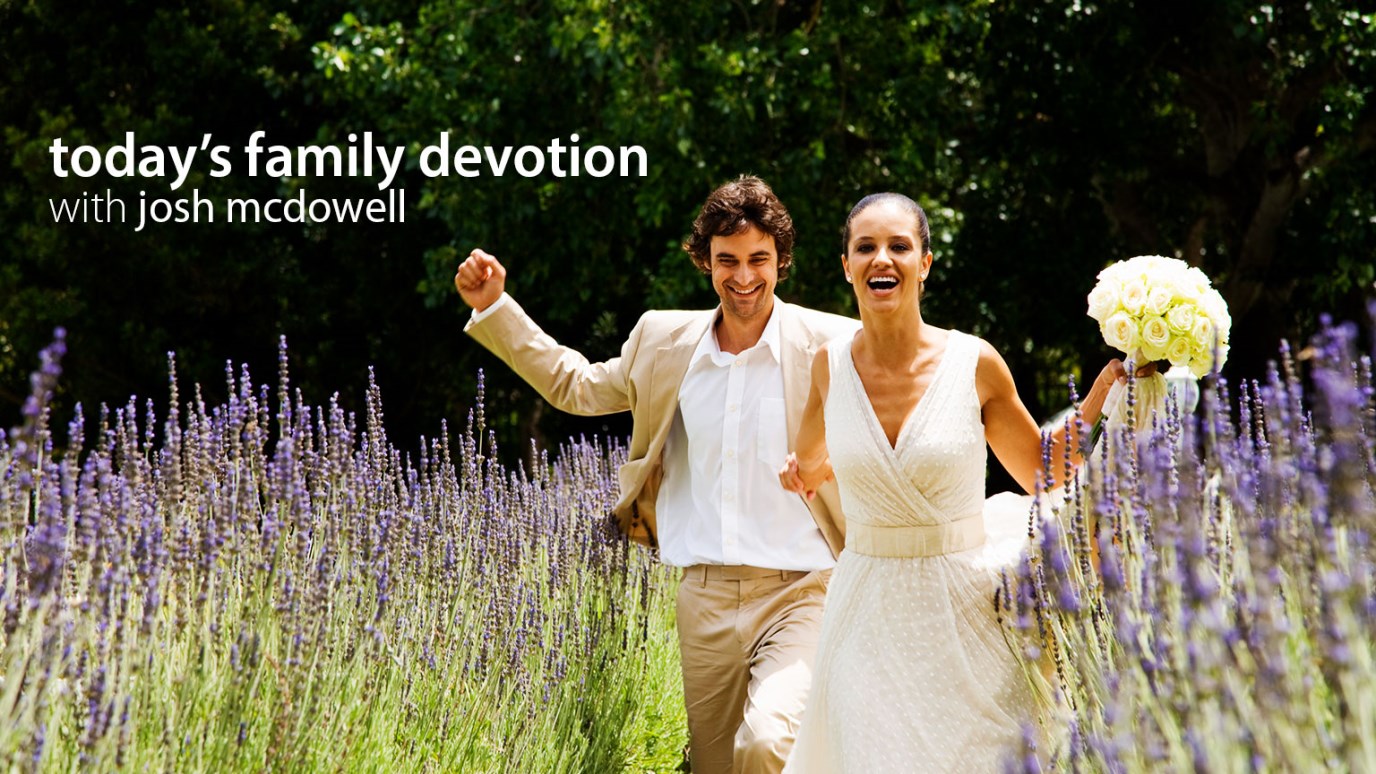 When God joins a man and a woman together in marriage, he unites them in a way that only God can do.

Verse of the Day: “Therefore what God has joined together, let man not separate” (Mark 10:9, NIV).

One Sunday every year, Julie’s church hosted a gigantic celebration of marriage. In the morning worship service, a large cake was carried into the sanctuary, and the pastor introduced all the married couples in the congregation, telling how long they had been married. Then everybody sang “Happy Anniversary” to all the husbands and wives in the church. Some couples had only been married a few months, and others had been married for a long time. One man and woman had been married sixty-eight years!

“That was neat,” Julie said, as she left church with her parents. “It was, wasn’t it?” Julie’s mom said.

“Yeah,” Julie continued. “I couldn’t believe how long some of those people have been married.”

“What do you mean?” Julie asked.

“Well, you heard what the pastor said in his sermon,” Mom said. “Jesus said that since God has joined a husband and wife together, no one should separate them.”

“Yeah, but a lot of couples do split up,” Julie said. A couple of her friends’ families came to mind.

Mom nodded. “That’s true. But when God joins a man and a woman together in marriage, he unites them in a way that only God can do. That’s why it’s so sad—and often so destructive-when a marriage breaks up. It’s like tearing a single person in two, because in marriage, God adds two people together and makes them one.”

“One plus one equals one? It sounds like God’s math isn’t so good.”

TO DO: Using a magic marker, make an index card with the equation “1 + 1 = 1″ and place it in a prominent place all this week (such as folded, tent-style, on the dinner table or on the refrigerator door) to remind everyone in the family that God commands unity in marriage.

TO PRAY: “Lord, marriage is such a wonderful union. It can’t be maintained without you, however. Help us to be unified as you would have us to be.”