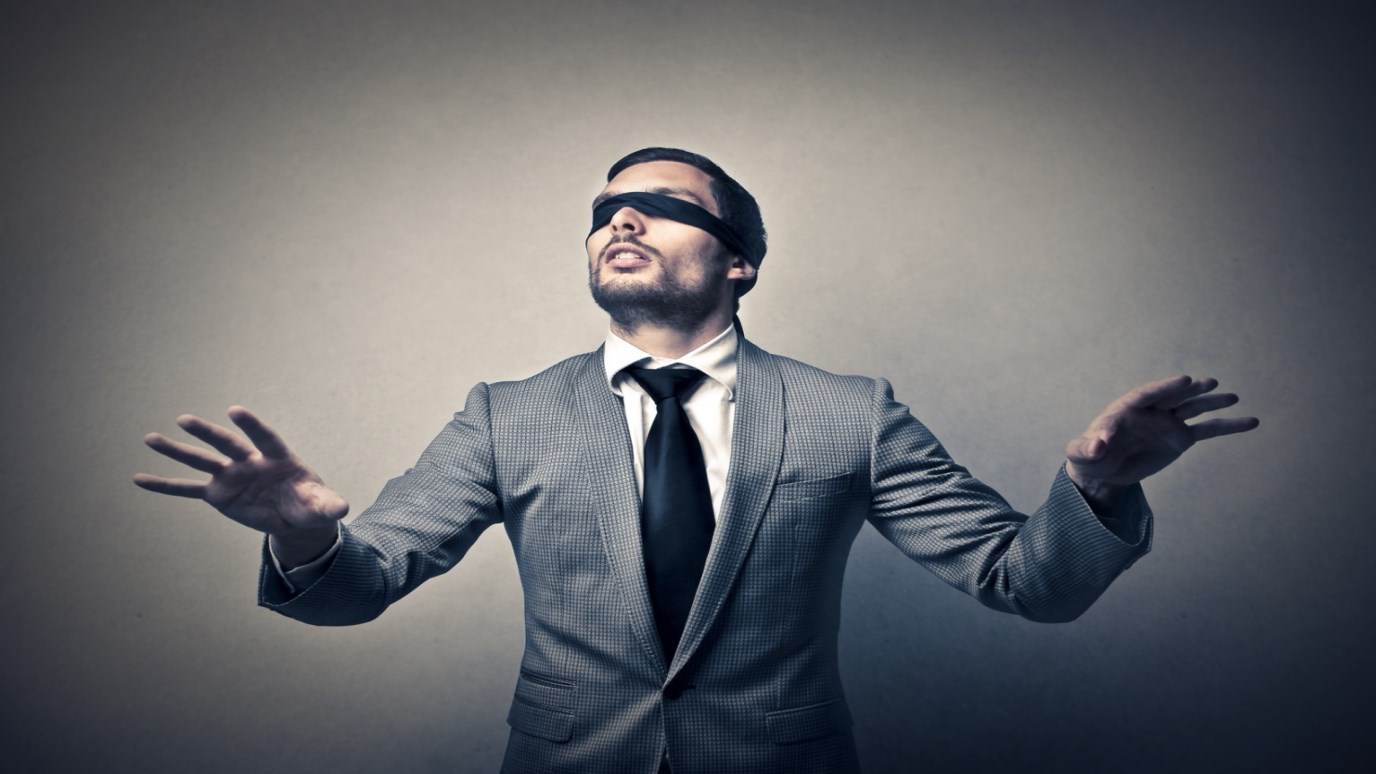 Are you more concerned with living for your own glory or for God's glory?

Today's Resolution: I will be more concerned about my holiness than my happiness.

Yikes! Did anyone else cringe while reading today's resolution? Honestly, I have a hard time with this one. I'd much rather "force a fairy tale"—insist on one—than relinquish my dreams of what I think will bring me happiness. But God won't let me alone about it.

I just finished reading through the book of John, and the Holy Spirit kept drilling this one truth into my thick skull: This life really isn't about ME and my happiness! It's about bringing God glory—this God who chose me, rescued me from slavery to sin and eternal separation from Him, and is coming back for me.

Let's shine three spotlights on three different men whose lives intersected with Jesus just over 2,000 years ago—and see how we can learn this important truth from their lives.

Spotlight 1: The Man Blind from Birth

As [Jesus] passed by, he saw a man blind from birth. And his disciples asked him, "Rabbi, who sinned, this man or his parents, that he was born blind?" Jesus answered, "It was not that this man sinned, or his parents, but that the works of God might be displayed in him" (John 9:1–3, emphasis added).

Yes, Jesus healed the man blind from birth (a miracle unheard of since the world began!), but the man suffered blindness for years before he became a candidate for God's power to be displayed in his life. On top of that, his healing was humbling (v. 6), and his life only got more complicated after gaining his sight—conflict with others just escalated (vv. 13–34).

Now a certain man was ill, Lazarus of Bethany. . . . So the sisters sent to [Jesus] saying, "Lord, he whom you love is ill." But when Jesus heard it he said, "This illness does not lead to death. It is for the glory of God, so that the Son of God may be glorified through it" (John 11:1, 3–4, emphasis added).

It's ironic to me that Jesus said, "This illness does not lead to death," because... Lazarus did die! But Jesus knew the end from the beginning. Four short days later He was going to raise Lazarus from the dead—and He did! What an incredibly joyful reunion Lazarus must have had with his sisters and friends! (Can you imagine?!) But did he live happily ever after? Hardly! Just a little while later, the chief priests made plans to put Lazarus to death, "because on account of him many of the Jews were going away and believing in Jesus" (John 12:11). As soon as he was freed from death, he's facing it again!

Jesus said to [Peter], "Feed my sheep. Truly, truly, I say to you, when you were young, you used to dress yourself and walk wherever you wanted, but when you are old, you will stretch out your hands, and another will dress you and carry you where you do not want to go." (This he said to show by what kind of death he was to glorify God) (John 21:17–19, emphasis added).

Peter got to spend three whole years with Jesus! And he was instrumental in the growth of the church. But... he was also martyred—he died by crucifixion.

Interesting, isn't it? Not one of these three guys woke up one morning saying, "Today I think I'll glorify God by doing such and such." Nope, God predetermined how they would glorify Him—and it usually meant death, either physically or emotionally, with a death of their dreams.

You and I aren't the exception. If you're a follower of Jesus, here's how this life works:

"Truly, truly, I say to you, unless a grain of wheat falls into the earth and dies, it remains alone; but if it dies, it bears much fruit. Whoever loves his life loses it, and whoever hates his life in this world will keep it for eternal life" (John 12:24–25).

So how about it? Will you forgo the fairy tale you long for right now just a little longer in order to live and die for the God who lived and died for you? Will you die to your own small (but dear!) dreams in order to allow God to display His awesome power through your life? Will join me in asking Him right now to do just that?

This life really isn't about us. It's all about Him!