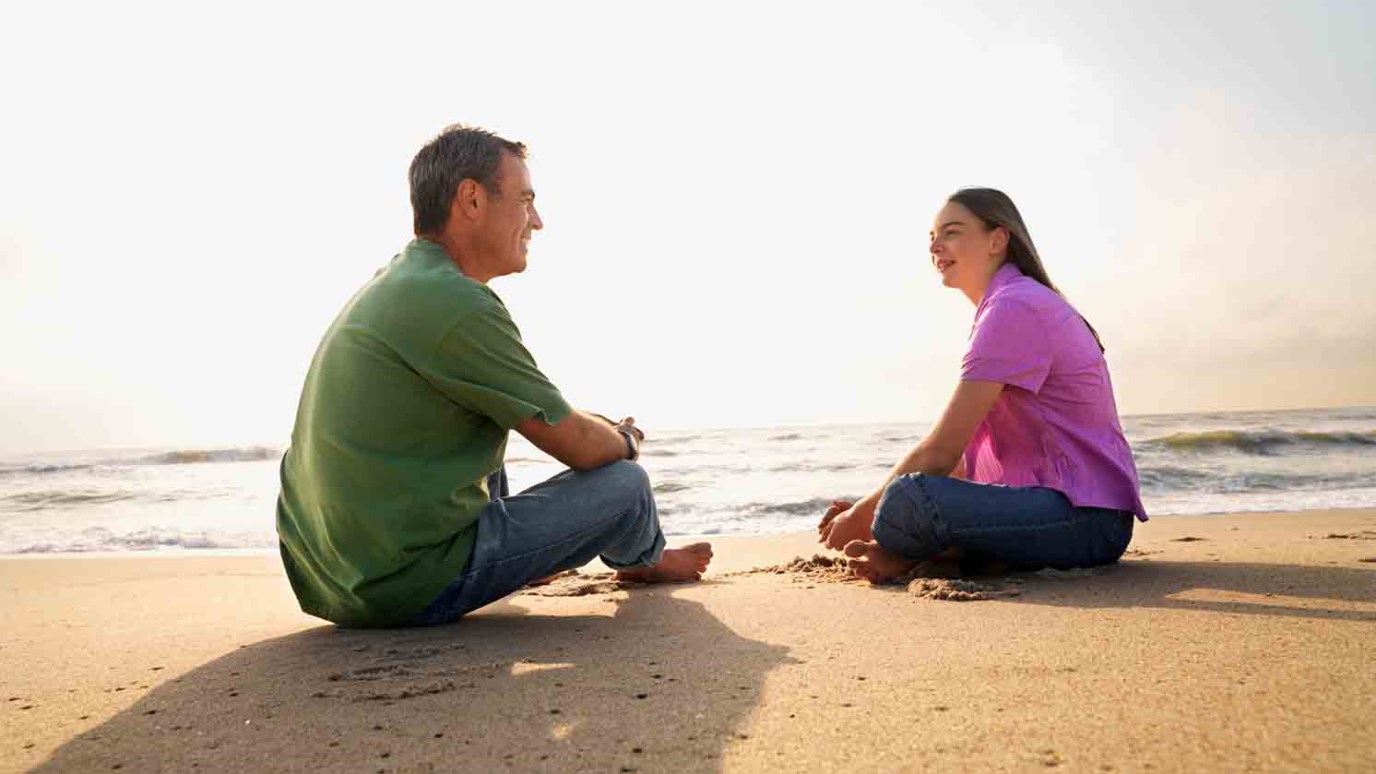 “Spending time just talking” is the parental activity most frequently and most strongly associated with students’ life satisfaction.

This year, both parents and educators can do something about their students’ wellbeing and future success. The suggestion may sound so simple, we can miss it. After surveys in a variety of countries, however, one act (on the part of an adult) can move the needle for our kids’ emotional health. Are you ready for this?

Hold on. Are you serious?

Yes, I am. A substantial amount of young people in industrialized nations around the world, report that they feel “alone” as they face the pressure of exams, relational conflicts, bullying and other sources of angst. But ARE they alone? Most of us would swear they’re not alone, as we watch them spend the same number of hours on-line with peers as a full-time job would require. Yet — perception is reality.

Screens do not accomplish the same goals as face-to-face conversations.

According to a report from the BBC on Organization for Economic Cooperation and Development (OECD) countries, “about 11% of teenagers reported they were frequently mocked, 7% were ‘left out of things’, 8% were the subject of hurtful rumors and about 4 % — that is still roughly one per class — were being hit or pushed around.” In summary, the OECD report said, “A substantial number of young people feel isolated, humiliated, feel like an outsider at school or are physically assaulted.”

What Are They Worried About?

In fact, when we asked teens in our 2016 focus groups, the biggest sources of stress for students are likely predictable, but worthy of our notice:

-- Social angst (FOMO – Fear Of Missing Out; friends doing things without me)

What the BBC report suggests (and what our data confirms) is that students actually do want to talk about these sources of anxiety, but don’t know how. Adults often make things “cheesy” or “corny” or they begin “lecturing me on what to do.” In short, the dialogue turns into a monologue. The adult becomes “prescriptive” with their words, rather than sharing ownership of the topic with their student.

But check these realities out from the BBC report:

For educators: “On average across countries, students who reported that their teacher is willing to provide help and is interested in their learning are also about 1.3 times more likely to feel that they belong at school.”

For parents: “Spending time just talking” is the parental activity most frequently and most strongly associated with students’ life satisfaction. For instance, “girls whose parents encouraged them to be confident in their abilities were 21% less likely to report feeling tense about schoolwork.”

Some Simple Steps We Can Take

1. Make sure you eat together regularly.

While this is fast becoming obsolete in our hectic world, meals together spark not only trust, but satisfaction. I recall reading about a non-profit organization created to help families do meal conversations. Food somehow brings people together. While occupied with eating something, we feel safer and tend to open up and become more transparent. Meals together set you up to go deeper later.

When my kids were younger, I would choose a Habitude® once a week, and make it our guide to intriguing conversation. We’d choose an image (at times together) and found the “picture was worth a thousand words.” We discussed what movies they’d seen where the principle was practiced or violated. We discussed people they knew who embodied the principle. With little effort, these talks led to great outcomes.

3. Plan experiences that will spark dialogue.

We all know that trips, events, encounters and experiences lead to natural conversation. We like to talk about interesting things that happen to us. So why not create some? Plan experiences that are engaging and will lead to discussions. As my kids grew up we took overseas trips, we fed homeless people downtown, we sponsored several children from various African nations, we visited great companies and interviewed interesting leaders; you name it. We grew from it all.

At the right time and in a safe place, communicate the potential you see in them, not just the reality they see in themselves today. Cast vision for the strengths you find evident and be specific in your description. Don’t tell them what they should do with it, but let them know they’re capable of more than they may currently imagine.

I will never forget my son’s facial expression, when at age 12, I first told him in a serious tone, “Jonathan — you have what it takes to be a man.” He stared at me for a moment with big eyes, pondering what I’d said. Then, he smiled. My words weren’t magic, but I felt they were necessary as I watched him second-guessing his choices. We all need someone we respect to relay words of empathy and direction.

The good news is, according to the BBC report, “Students with high levels of life satisfaction were significantly more likely to have parents who regularly spent time talking to them. Parents who sat around the table to eat their main meal with their children and talked about how they were doing at school also made a difference.”

These highly satisfied students also “tend to have greater resilience and are more tenacious in the face of academic challenges.”

Why Does God Allow Me to Suffer?
FamilyFire

Don't Give Up
Greg Laurie