On Which Road Will You Travel? 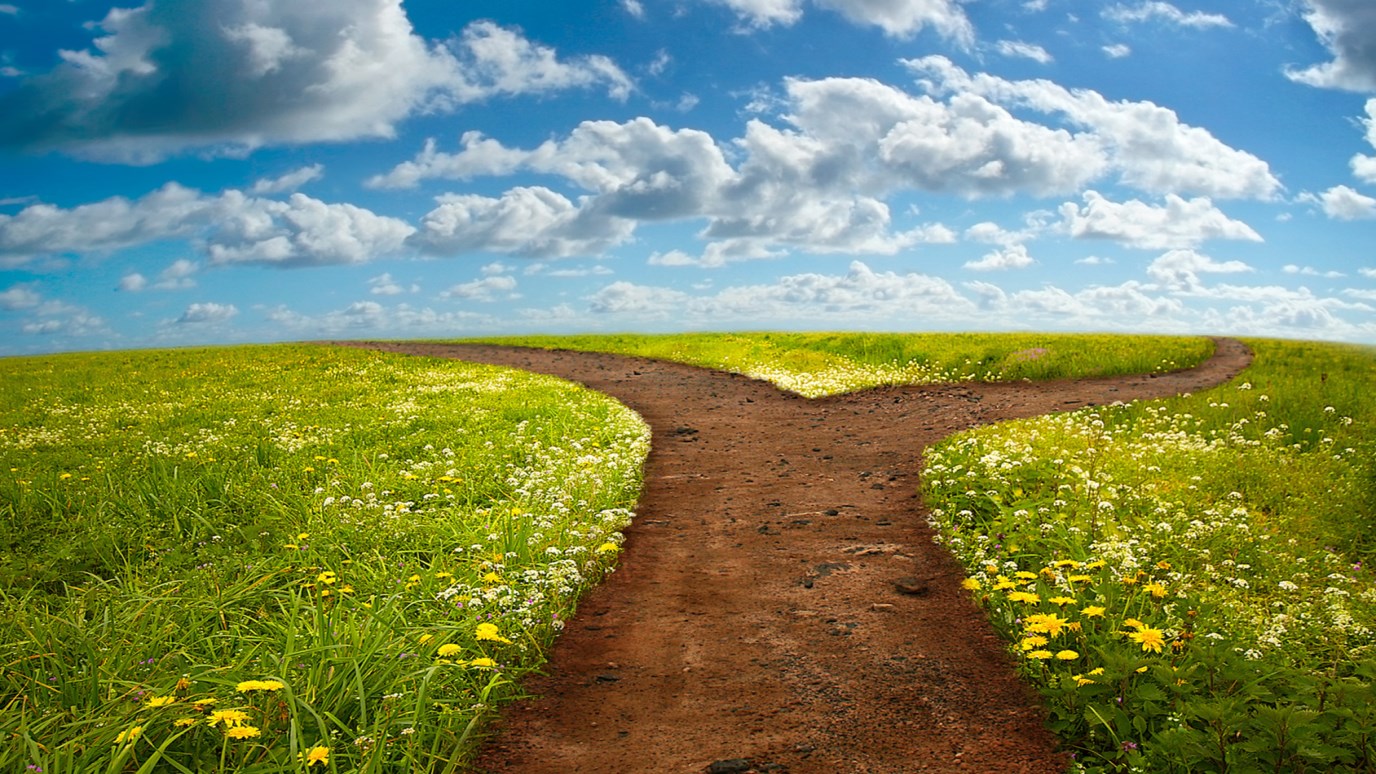 We have to make a decision between the hard road on which God asks us to go or the easy road everyone else travels.

We live in a culture in which, unless we consciously and deliberately seek to swim against the current, we will hardly make it as followers of Christ... at least, not the Christ of the New Testament, who said, “And whoever does not bear his cross and come after Me cannot be My disciple” (Luke 14:27).

The Church at large has adapted to the trends of the culture. Frequently the Christian message is presented in a way that caters to people’s perceived needs and their desire for an easier, better life. Man and his comfort have become the main focus, and God is obligated to meet these expectations.

This has created a generation of Christians who know little or nothing of sacrifice, suffering and self-denial for the sake of Jesus. We have become conditioned to always seek for a soft cushion, at the least a thin one, if we are asked to sit on a hard bench. Even in the work of God, we avoid difficult tasks, and we question anything that demands physical and emotional discomfort or spiritual battles.

This is in sharp contrast to Jesus, who rebuked Peter for counseling Him not to go to to suffer and die, and later for trying to rescue Him with his sword in . Commanding Peter to put his sword away, Jesus said, “Shall I not drink the cup which My Father has given Me?” (John 18:11).

Jesus was the Lamb slain before the foundation of the world, and He came to suffer and die for our sins. Knowing His purpose and submitting to the Father’s will, He chose the hard road, the one that led to .

Christ set an example for those who followed Him then and for all who want to follow Him now. He said, “Where I am, there My servant will be also” (John 12:26).

You see, God is also asking us to do hard things. For example, Jesus said, “If anyone comes to Me and does not hate his father and mother, wife and children, brothers and sisters, yes, and his own life also, he cannot be My disciple” (Luke 14:26).

God is telling us there is a choice left before us. We have to make a decision between the hard road on which God asks us to go or the easy road everyone else travels.

Nehemiah, building the wall of , faced constant harassment by enemies from within and without. The easy road would have been to quit, to go back to and live at the king’s palace in peace. But he chose the hard road because he was not seeking his own, but the things of God.

We cannot honestly, authentically, reasonably and deliberately serve our Lord without our willingness to accept difficulties and inconveniences—the hard road.

Consider some of the stories of national missionaries in our ministry: two brothers who became porters, carrying heavy loads in a Nepali mountain region in order to win a tribe to Jesus... a young man from Myanmar, who walked 17 days through the jungle to get to Bible school, leaving his family behind... Bible school graduates who have made the slums their mission field.

Why are they choosing such difficulties? They are following in the footsteps of a Savior who didn’t hesitate to lay down His life for a lost world.

If there is anything that is holding you back from giving your all to Jesus, following Him and choosing the hard road, you need to start calling out to the Lord for His help.

Freely give it to Him.

For Lasting Change, Off with the Old and On with the New
Pastor Rick Warren