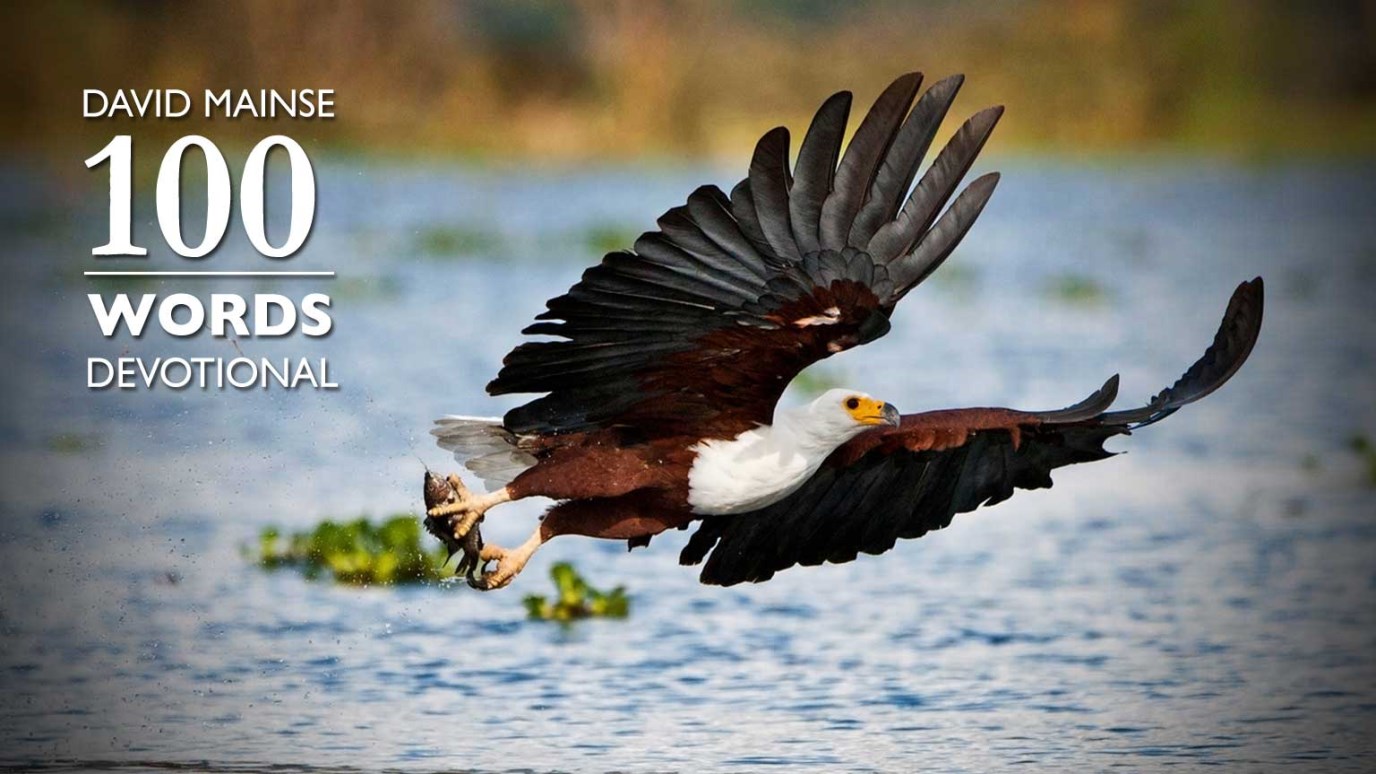 God will bear His people “on eagles’ wings” to bring us to Himself.

You have seen what I did to the Egyptians, and how I bore you on eagles’ wings and brought you to Myself.

Organization is vital to success. Moses’ father-in-law, Jethro, suggests a type of organization that proved to work well. Israel used this for many years. God blessed this structure and used it for His glory. Now, having put their house in order, God is ready to reveal Himself further. God spoke to all the people, and the people responded with this commitment, “All that the Lord has spoken we will do” (19:8). Many times Israel failed, but there were periods when they kept their word to God. The message is that in spite of failure, don’t give up. God dealt with the Egyptians and from available records, Egypt was led by their Pharaoh into a period where they turned from many gods to the worship of one God. God will bear His people “on eagles’ wings” to bring us to Himself.

Lord God, thank You for sound advice such as Jethro gave Moses. Please send such a counselor to me and to all who pray with me today. Grant all of us an ability to organize ourselves in such a way that Your purposes will all be fulfilled. In Jesus’ Name I pray, Amen!

When Israel was established once again as a state in 1948, Jews immigrated from Yemen in the Arabian peninsula. They viewed the airplanes that carried them as God bearing them up on eagles’ wings. In recent years, the Jews from Ethiopia, carried by air to Israel, believed the same. I am totally convinced that God, Who delivered His people from Egypt, eventually establishing a state for them, has done it again in my lifetime. I was 12 years old when it happened. I remember the headlines in the Ottawa Citizen newspaper. I saw the newsreels at a Saturday afternoon cowboy movie with Roy Rogers and Dale Evans. I read a book in the 1950s by William L. Hull from London, Ontario, called The Fall and Rise of Israel.  It documented the miracles involved in this unprecedented event. For the first time in history, an ancient people were re-established in their own land, and an ancient language was re-born. God has not forgotten His promises.

What’s the Difference Between a “Bag Life” & a “Basket Life”?
Jud Wilhite

Who Is the Proverbs 31 Woman?
FaithWriters.com

How Do I Parent Through Divorce?
Karen Stubbs
Follow Us
Grow Daily with Unlimited Content
Uninterrupted Ad-Free Experience
Watch a Christian or Family Movie Every Month for Free
Early and Exclusive Access to Christian Resources
Feel the Heart of Worship with Weekly Worship Radio
Become a Member
No Thanks