Of Sons and Guns 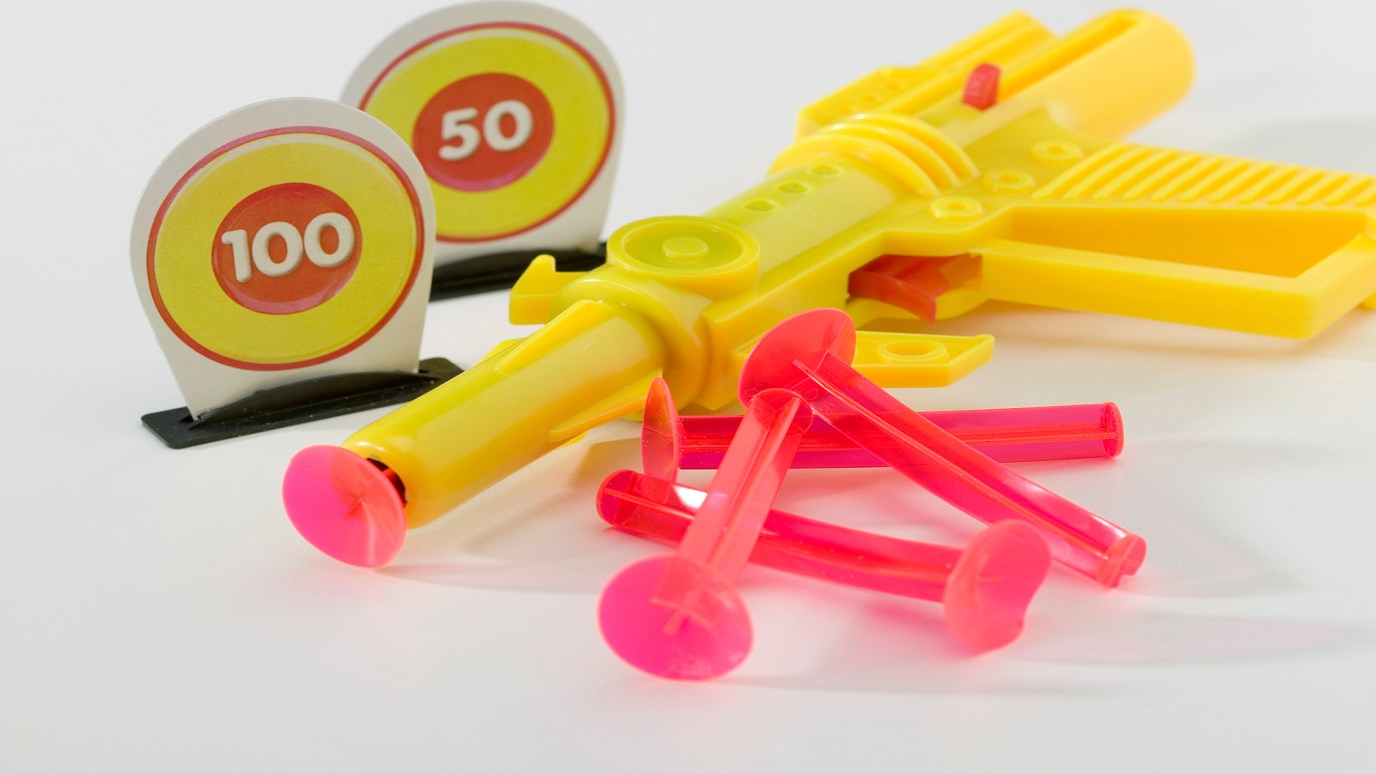 Setting aside your perspective on the politics and practical application of Second Amendment rights, how do you handle your child’s interest in toy guns?

Do you allow your son (or daughter) to play with cap guns or other plastic toy guns?

My childhood was happy and traditional, a typical suburban upbringing in the 1970s and ‘80s on the south of in . Most of my free time was spent with siblings and friends outside in the neighborhood. We did what typical kids did of that era.

We played football every fall, basketball in the driveway throughout the cold winter and baseball come spring, just as soon as the snow melted off the lawn.

In between we played the harmless games kids play. We rode our bikes, played tag and hide-and-seek, and tinkered in the garage. We especially enjoyed building go-carts, if we were lucky enough to garbage pick some old lawn mower wheels on trash day.

We also played with guns.

We loved playing “cops and robbers.” I presume that I preferred being the “cop,” but I can’t say as I remember negotiating for the role. After all, it was all just pretend.

I can still smell the aroma of a fired red roll of caps. We used to shoot chunks of old pears in the air rifle at targets and sometimes, I have to admit, at big delivery trucks that rumbled down our street. With our water pistols we’d ambush our friends in the bushes beside the porch. We challenged each other to duels.

Despite all this activity, nobody ever got in trouble. None of my friends grew up to be criminals or came to struggle with an unhealthy fascination with guns.  For us, it was just fun. No harm. No foul.

But on the night of the shooting, our two-and-a-half-year-old son greeted me at the back door with a big smile and a hearty laugh. Raising his right arm, he made a pretend gun with his little thumb and index finger. “Bang! Bang!” he hollered happily, adding, “Just joke, Daddy!” and scampered off.

Having consumed the news of the day, and having a heavy heart over it all, his innocent act jolted me. Of course little Will knew nothing of the shooting and couldn’t even comprehend it if he did. He doesn’t play video games. He doesn’t watch movies or anything beyond Thomas the Train or What’s in the Bible? DVDs.

But he’s a boy. And boys like to knock things over and blow things up. It seems that boys are drawn to toy guns the way girls gravitate to dolls and all things pretty. In fact, Dr. James Dobson, Focus’ founder, once suggested that you could have a boy who’s never had a toy gun and he'd eat a peanut butter and jelly sandwich into the shape of a pistol.

Setting aside your perspective on the politics and practical application and administration of Second Amendment rights, how do you handle or manage your child’s interest in toy guns?