O God, Let One of My Boys Preach! 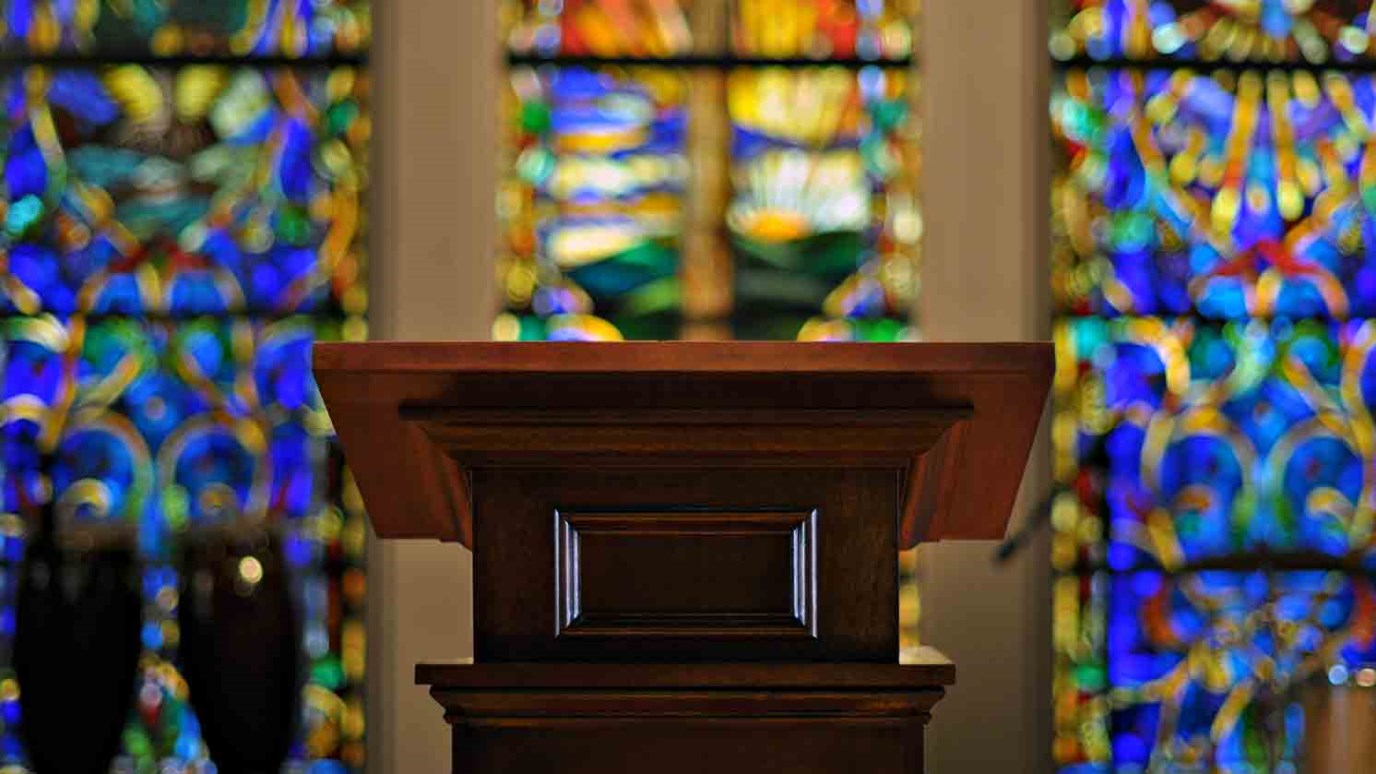 In this excerpt from "Revolution in World Missions," K.P. Yohannan shares how he got started in ministry.

Achyamma’s eyes stung with salty tears. But they were not from the cooking fire or the hot spices that wafted up from the pan. She realized time was short. Her six sons were growing beyond her influence. Yet not one showed signs of going into the Gospel ministry.

Except for the youngest—little “Yohannachan” as I was known—every one of her children seemed destined for secular work. My brothers seemed content to live and work around our native village of Niranam in Kerala, South India.

“O God,” she prayed in despair, “let just one of my boys preach!” Like Hannah and so many other saintly mothers in the Bible, my mother had dedicated her children to the Lord. That morning, while preparing breakfast, she vowed to fast secretly until God called one of her sons into His service. Every Friday for the next three and a half years, she fasted. Her prayer was always the same.

But nothing happened. Finally, only I, scrawny and little—the baby of the family—was left. There seemed little chance I would preach. I was shy and timid and kept my faith mostly to myself. I showed no leadership skills and avoided sports and school functions.

Then, when I was 16, my mother’s prayers were answered. A visiting Gospel team from Operation Mobilization came to our church to present the challenge of faraway North India. My 90-pound frame strained to catch every word as the team spoke and showed slides of the North.

They told of stonings and beatings they received while preaching Christ in the non-Christian villages on the hot, arid plains of North India. Sheltered from contact with the rest of India by the high peaks of the Western Ghats, the lush jungles of Kerala on the Malabar Coast were all I knew of my homeland. The rest of India seemed an ocean away to the Malayalam-speaking people of the southwest coast, and I was no exception.

As the Gospel team portrayed the desperately lost condition of the rest of the country—500,000 villages without a Gospel witness—I felt a strange sorrow for the lost. That day I vowed to help bring the Good News of Jesus Christ to those strange and mysterious states to the North. At the challenge to “forsake all and follow Christ,” I somewhat rashly took the leap, agreeing to join the student group for a short summer crusade in unreached parts of North India.

My decision to go into the ministry largely resulted from my mother’s faithful prayers. When I announced my decision, she wordlessly handed over 25 rupees—enough for my train ticket. I set off to apply to the mission’s headquarters in Trivandrum.

There I got my first rebuff. Because I was underage, the mission’s directors at first refused to let me join the teams going north. But I was permitted to attend the annual training conference to be held in Bangalore, Karnataka. At the conference, I first heard missionary statesman George Verwer, who challenged me as never before to commit myself to a life of breathtaking, radical discipleship.

Alone that night in my bed, I argued with both God and my own conscience. By two o’clock in the morning, my pillow wet with sweat and tears, I shook with fear. What if God asked me to preach in the streets? How would I ever be able to stand up in public and speak? What if I were stoned and beaten?

Suddenly, I felt that I was not alone in the room. A great sense of love and of my being loved filled the place. I felt the presence of God and fell on my knees beside the bed.

“Lord God,” I gasped in surrender to His presence and will, “I’ll give myself to speak for You—but help me to know that You’re with me.”

In the morning, I awoke to a world and people suddenly different. As I walked outside, the Indian street scenes looked the same as before: Children ran between the legs of people and cows, pigs and chickens wandered about, vendors carried baskets of bright fruit and flowers on their heads. I loved them all with a supernatural, unconditional love I’d never felt before. It was as if God had removed my eyes and replaced them with His so I could see people as the heavenly Father sees them—lost and needy but with potential to glorify and reflect Him.

I walked to the bus station. My eyes filled with tears of love. I knew that these people were all going to hell—and I knew God did not want them to go there. Suddenly I had such a burden for these masses that I had to stop and lean against a wall just to keep my balance. This was it: I knew I was feeling the burden of love God feels for the lost multitudes of India. His loving heart was pounding within mine, and I could hardly breathe. The tension was great. I paced back and forth restlessly to keep my knees from knocking in fright.

Looking up from my prayer, I saw a huge stone. I knew immediately I had to climb that stone and preach to the crowds in the bus station. Scrambling up, I felt a force like 10,000 volts of electricity shooting through my body.

I began by singing a simple children’s chorus. It was all I knew. By the time I finished, a crowd stood at the foot of the rock. I had not prepared myself to speak, but all at once God took over and filled my mouth with words of His love. I preached the Gospel to the poor as Jesus commanded His disciples to do. As the authority and power of God flowed through me, I had superhuman boldness. Words came out I never knew I had—and with a power clearly from above.

Others from the Gospel teams stopped to listen. The question of my age and calling never came up again.

That was 1966, and I continued moving with mobile evangelistic teams for the next seven years. We traveled all over North India, never staying very long in any one village. Everywhere we went I preached in the streets while others distributed books and tracts. Occasionally, in smaller villages, we witnessed from house to house.

Our lives read like pages from the book of Acts. Most nights we slept between villages in roadside ditches, where we were relatively safe. Sleeping in non-Christian villages would expose us to many dangers. Our team always created a stir, and at times we even faced stonings and beatings.

In future years I would look back on those seven years of village evangelism as one of the greatest learning experiences of my life. We walked in Jesus’ steps, incarnating and representing Him to masses of people who had never before heard the Gospel.

I was living a frenetic, busy life—too busy and thrilled with the work of the Gospel to think much about the future. There was always another campaign just ahead. But I was about to reach a turning point.

Excerpt from Chapter 1 of Revolution in World Missions.

Click “visit website” below to order a FREE copy of the entire book, Revolution in World Missions.

The Weight of a Life
Greg Laurie

The Call to Obedience
Ann Mainse