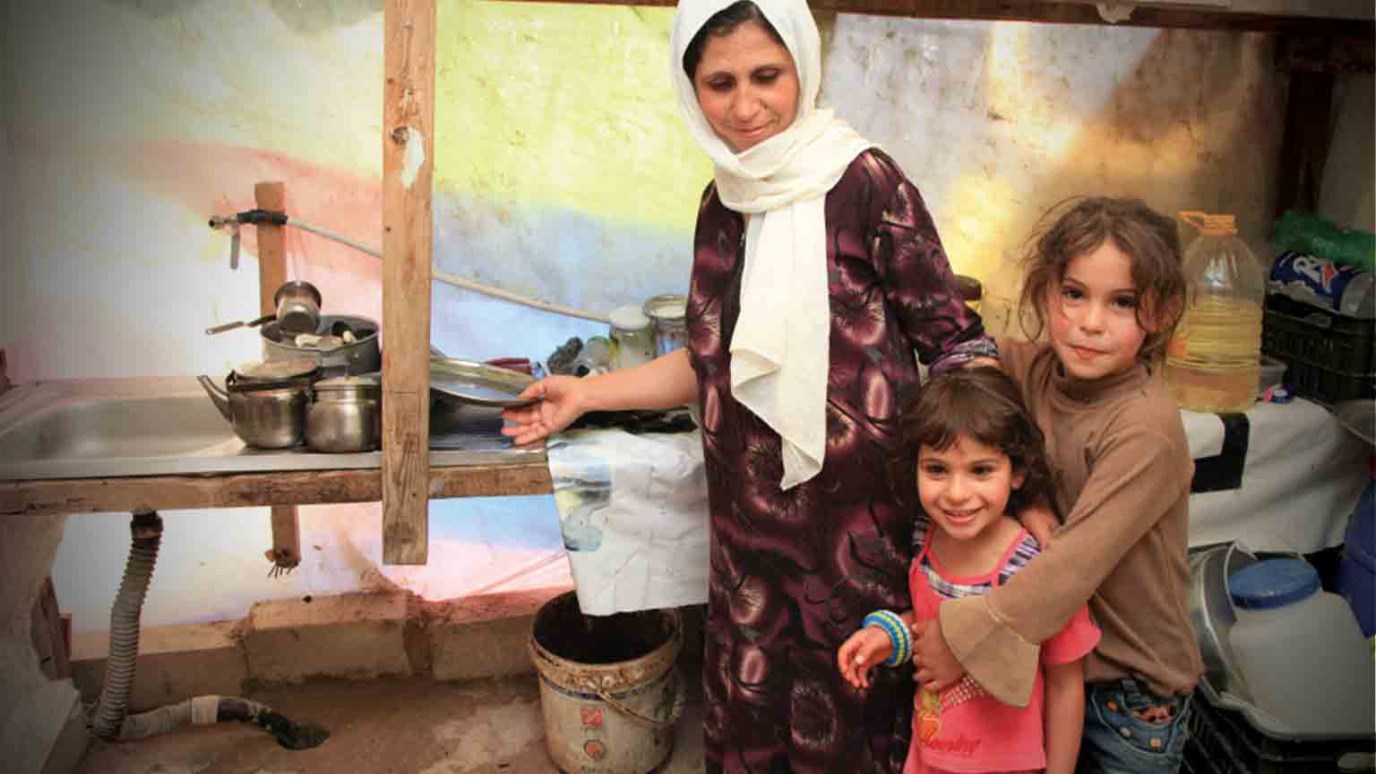 Syrian refugee Zakiya, 42, with her daughters Nour, 7, and Fatmeh, 4, in their wood and tarp hut in Lebanon.

The U.N. children’s agency estimates that 13 million children from the Middle East and North Africa are not getting an education because of violence raging in their homelands.

The agency’s report, “Education under fire,” says at least 9,000 schools in Syria, Iraq, Yemen, and Libya have been damaged, destroyed, or occupied. In Lebanon, Jordan, and Turkey, more than 700,000 Syrian refugee children are unable to attend overburdened classrooms.