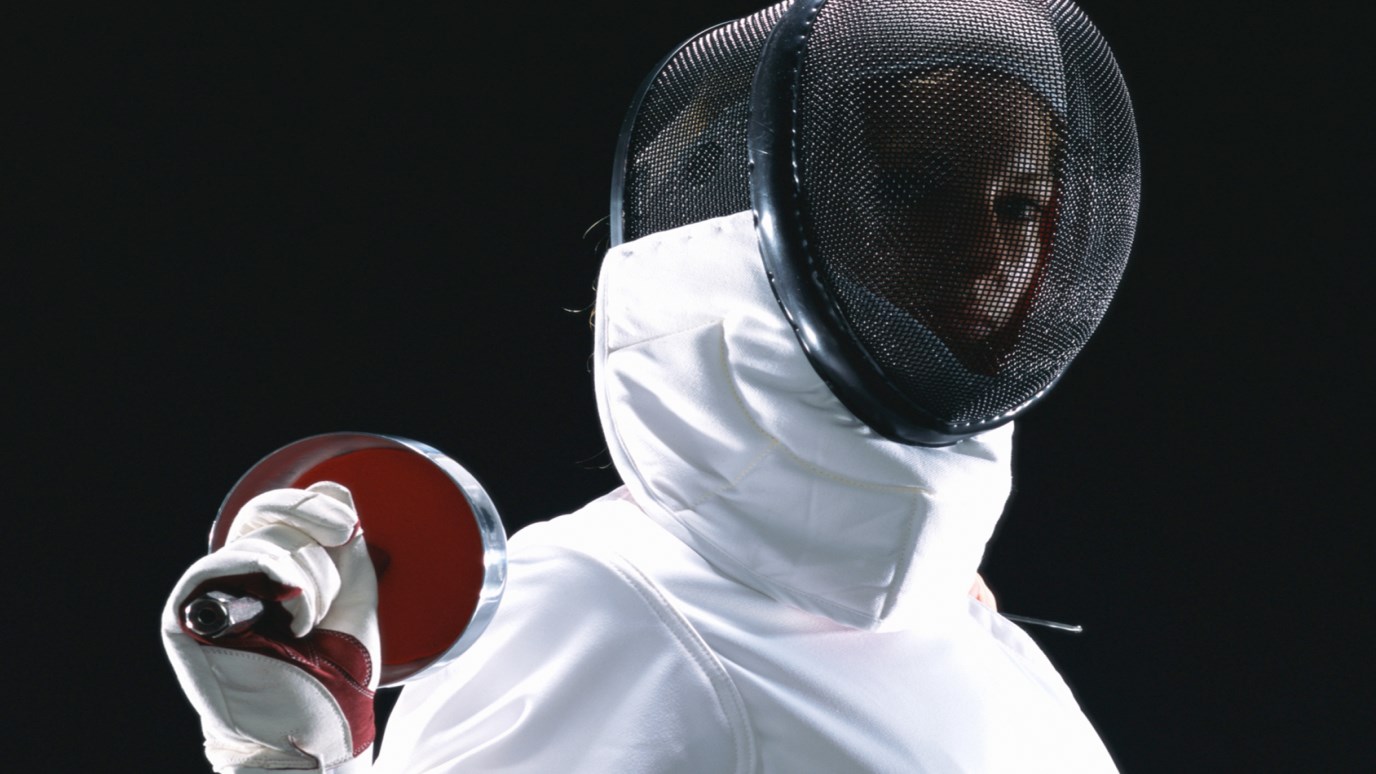 Stephanie Cook set out for the Olympics as a doctor who was good at her hobby and returned home with a gold medal. So why did she walk away from sports?

Steph Cook went to the Sydney Olympics as a doctor who had become good at her hobby, wanting to see how far she could go. She went to enjoy the once-in-a-lifetime experience, and never guessed the effect it would have on her life afterwards.

As a medical student at Oxford she had a go at the modern pentathlon. Not a lot of people know this, but modern pentathlon consists of horse riding, fencing, shooting, running and swimming—usually all held on one day. The sport was born from the bravery of a young French cavalry officer in Napoleon’s ranks during the Franco-Prussian War in the 19th century, so the legend goes. The officer was sent, on a horse he had never ridden before, to deliver a message. En route he faced a fencing duel, shot the soldier who killed his horse and ran to continue his mission, finally swimming across a river to complete it. Pierre de Coubertin, the French founding father of the modern Olympics, was so moved by the tale that he came up with the idea of a pentathlon, which was introduced at the 1912 Games. Originally it was just for men with Sydney staging the first women’s pentathlon competition.

Steph completed her medical studies and started working as a doctor. As she continued to make progress in her sport and embarked on international success, she qualified for a UK Sport lottery grant that would enable her to train full time for the 2000 Olympics.

She had grown up in a Christian family and recalls having a New Testament by her bed and reading bits of it. “It was as if I knew there was someone there, watching out for me and looking after me. When I was 17, I was walking to a good friend’s house with her and she started questioning me about what I believed. It was the first time anyone had challenged me to think about spiritual things.

“It started me thinking and questioning what I did believe and what my own faith was. My friend went to a church youth group in Cambridge and I started going with her. There was never one defining moment when I thought, ‘Yes, that’s it, everything has changed,’ but during that period it all started to make more sense. I think my faith has always been there although it hadn’t been clarified in my own mind.”

As she left for Sydney, she took with her some Bible quotes that a friend had given her, organized into a verse for each day of the training camp and the Games. “It was lovely for me to have them each day as a focus, and to build them into my quiet times. God was constantly there as a focus for the day. I find it very important to be disciplined in my Christian life and to try to have regular quiet times each day. It can be difficult when you are away for training and competitions and don’t have the usual fellowship and encouragement from a church.”

On Sunday, Oct. 1, 2000, at 6.45 a.m., the Olympic modern pentathlon competition got under way. The first event was the shooting. Steph scored 178 target points, the leader had 185. She was in eighth place and still in touch with the leaders.

After a one-hour break, the fencing began. Fencing is not her strongest event and it started badly. Each competitor fences the other 23 competitors. Steph lost four of her first five fights. “When I found myself five hits into the competition and four down, I knew that I had to turn things around. It was make-or-break time. I needed to go into the next bout with the same confidence I had started with.” She finished the fencing with 10 victories and slipped to 14th place overall.

By midday the competitors were at the Olympic pool. Steph swam a personal best, to remain in 14th overall but having closed the gap somewhat on the leaders.

Then came the show jumping, with competitors confronted with 12 Australian horses they had never seen before. Steph drew a horse called Wagga Wagga. A good ride moved her up to eighth.

Just before 5 p.m., the final event, the 3000-meter cross-country race, began. Points convert to time. The leader after four events starts first, and then everyone else so many seconds later according to the points they have accumulated in the previous four events. Steph started 49 seconds behind the leader, but running is her event. By the first corner Steph had passed the girl in seventh. After 500 meters she had cut the lead to 33 seconds.

By halfway she was fourth. Then she passed Mary Beth Iagorashvili. “That was one of the most exciting moments,” she remembers, “when I knew I had a medal. It was hurting quite a lot at that stage and it was quite tempting to leave it there and settle for a bronze medal but then I thought, no one will forgive me if I don’t really go for it.”

With 500 meters to go Steph passed Kate Allenby to move into second, and with 300 meters left overtook Emily deRiel to take the lead, holding it to win by two seconds. At 5.30 p.m., almost 12 hours after the competition started, the British national anthem was played as the gold medal was presented to Steph Cook.

She had set out for Sydney as a doctor who was rather good at her hobby, but returned home as a celebrity. She was totally unprepared for the demands on her time. There were the TV appearances, endless interviews, awards ceremonies, charity functions... there was the shock of being recognized in the supermarket, being stopped in the street.

Keeping her focus right has helped. “When I took up modern pentathlon, it was obvious that God had given me gifts for the sport. I just tried to use the ability God had given me to the full and hopefully bring some glory to his name in the process.”

After the Olympics she continued one more year and consolidated her position as No. 1 in the world, and then walked away from it.

“I knew it was the right thing to do. I was reigning world, European and Olympic champion so there was only one direction to go from there! I had always planned to resume my medical career and this seemed the right time," Steph says. "I have never had any regrets. Sydney was so special and unrepeatable. I am so thankful that I was able to do it but I am happy to be back in medicine.”