No One But Jesus 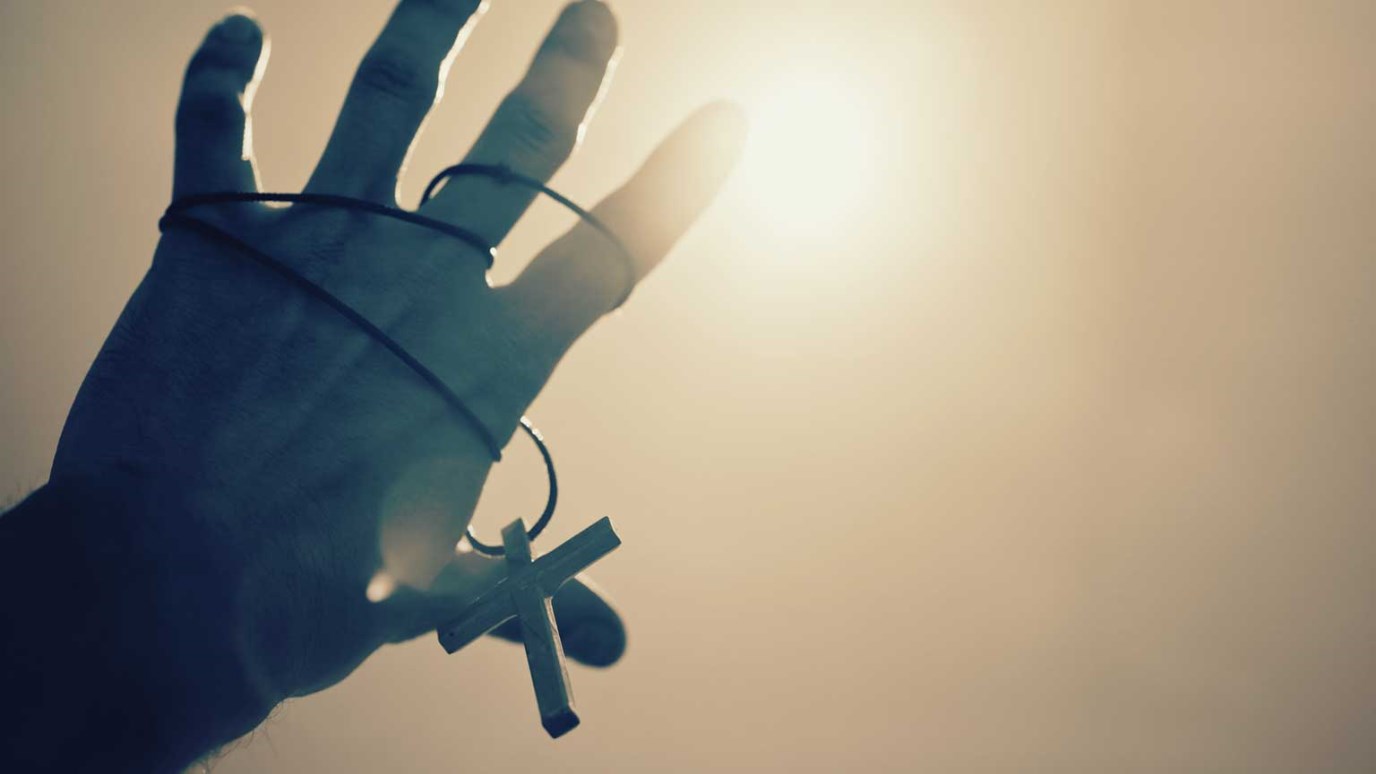 Jesus desires to be alone with us, enthralled in His love.

This passage covers a most miraculous event – one that was witnessed by only three people.  It is commonly known as “The Transfiguration”. Jesus had gone high up a mountain, and taken Peter, James and John. It was there they witnessed what many scholars believe Jesus was referring to in the last verse of Chapter 16. There, before their saucer-sized eyes, Jesus’ outward appearance changed. His face became shining like the sun, his clothes almost a blinding, dazzling white. We can’t even begin to imagine the intensity of God's glory that was blazing through Jesus that day.

As miraculous as that event was, the verse that I want to focus on actually occurs after the Transfiguration.

And when they lifted up their eyes, they saw no one but Jesus only. - Matthew 17:8

This verse came alive to me a few years ago, when our oldest son was just four years old. It happened on one stressful Sunday morning…

The Pastor's words echoed through my mind, interrupting my disjointed thoughts.  Coming back to the present, I sat with the rest of the congregation, awaiting further instruction.  The service had barely started and while sitting with my fidgety family, I desperately tried to turn my thoughts – my spirit – to God. But, I was tired.

What do you want from me, God? My restless heart seemed to say.

Sitting in the pew like a row of ducks in diminishing sizes, our family was ready for church, or so I hoped.  The busyness of Sunday mornings – getting breakfast, ironing clothes, doing hair – had taken its toll, and I, the second duck from the end, was exhausted.  However, at the Pastor's request, I stood with all the other families, with all the other physically spent Mothers.  He began a long list of announcements, and the time muddled on, along with my weary thoughts.  This wasn’t going to be easy.

Suddenly, standing in the middle of hundreds of people, I felt something touch my right hand.  As I looked down, my gaze fell into the sky-blue eyes of my blonde-headed, four-year-old son.  With my hand sandwiched in his chubby-fingers, he continued his actions.  Pressing his lips gently, he smothered my hand in kisses.  Adam was thoroughly enjoying himself and it didn’t matter to him if anyone was watching, or what they would think. He didn’t care.  He was alone with his Mommy, and that was that.

Adam was completely enthralled in expressing his love, and continued to do so for several minutes.  I had to admit by now I was just as captivated with him as he was with me. All that mattered was the unspoken love between a son and his Mother.

And then I knew why I was there.  With a voice never to be mistaken with any other, I sensed His message loud and clear: That is what I desire with you.

There was no doubt in my mind from Whom this feeling came.  Though not audible, I would know God's voice anywhere.  And I quickened with the awareness of Him.  I began lingering in His presence… soaking in it… basking in it. Sitting in the pew, in the middle of an auditorium filled to capacity, something had changed.

I was no longer one of the many a face in the crowd.  And He was no longer in the distance… waiting for me to come.  We were together, my Savior and me, and I didn’t really care who else noticed. I was completely enthralled with expressing my love to God, and the rest of my cares simply faded away.

All that was left was me, His precious daughter, holding hands ... with her Father.

... And when they had lifted up their eyes, they saw no one but Jesus only.