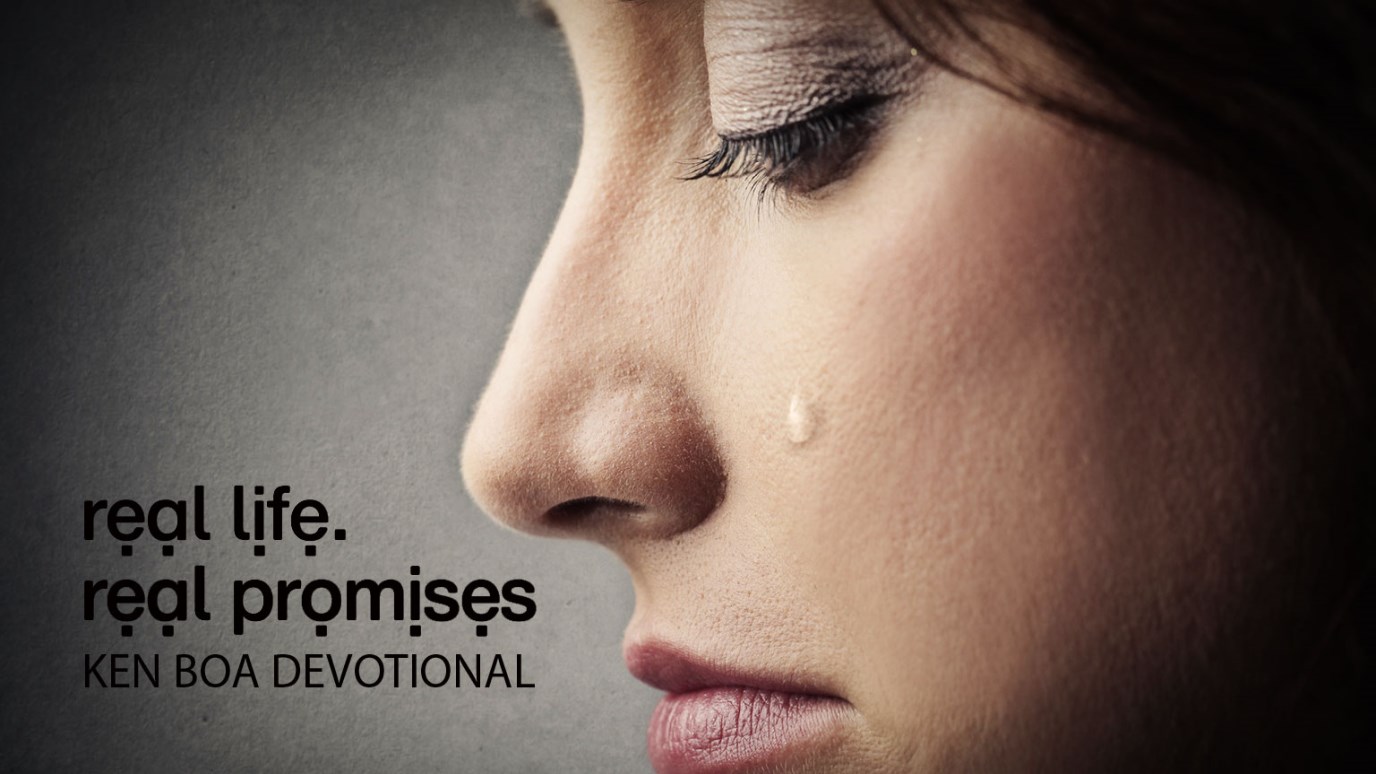 Those who know Jesus are destined to dwell with the God who wipes away all tears—and keeps them away for all eternity.

God started out dwelling with humans in the Garden of Eden, and he will end up dwelling with them in the new Jerusalem, the centerpiece of a new heaven and new earth. Between those two historical bookends, God has dwelt two other times with humankind.

God first dwelt with his people in the Tabernacle. It was a tent which God instructed Moses to build when the Israelite slaves were led out of their Egyptian bondage. The Israelites had not known God personally for 400 years. They knew of the God of their fathers, but they did not know him. As slaves, their tears and cries for freedom had seemingly gone unheard until God sent Moses to deliver them. Their tears were dried and wounds were healed as God led them to freedom and dwelt with them personally in the Tabernacle, and later in the Temple in Jerusalem. But their tears returned often as God’s judgment visited them for their sin. Finally, the glory of the Lord departed (Ezekiel 10).

Another 400 years passed before God dwelt with his people again. Jesus came and “tabernacled” among them, showing God’s glory once again to Israel (John 1:14). But in spite of God appearing to them as a human, most of Israel did not recognize God in their midst. And this time, instead of judgment falling on the people, the tears that flowed were from God himself. Jesus wept over the pain of sin, the confusion of his people, and the reality of death. While he knew no sin himself, he knew its consequences and the result of its sting—eternal death. So he died for sin and was resurrected for life. He defeated everything that causes men and women to hurt, to cry, to mourn, and to die.

The next time God comes to dwell with us it will be for good and forever. “There will be no more death or mourning or crying or pain, for the old order of things [will have] passed away.” If you have wiped a tear away in recent days or massaged an ache or pain, take heart. Those who know Jesus are destined to dwell with the God who wipes away every tear—and keeps them away—for all eternity.

God’s Promise to You: “Those who live in the New Jerusalem will never cry again.”

The Body of Christ
Steve Kelly

(Luke 10:1-24) Jesus Sends Out the Seventy-Two
LUMO
Follow Us
Grow Daily with Unlimited Content
Uninterrupted Ad-Free Experience
Watch a Christian or Family Movie Every Month for Free
Early and Exclusive Access to Christian Resources
Feel the Heart of Worship with Weekly Worship Radio
Become a Member
No Thanks