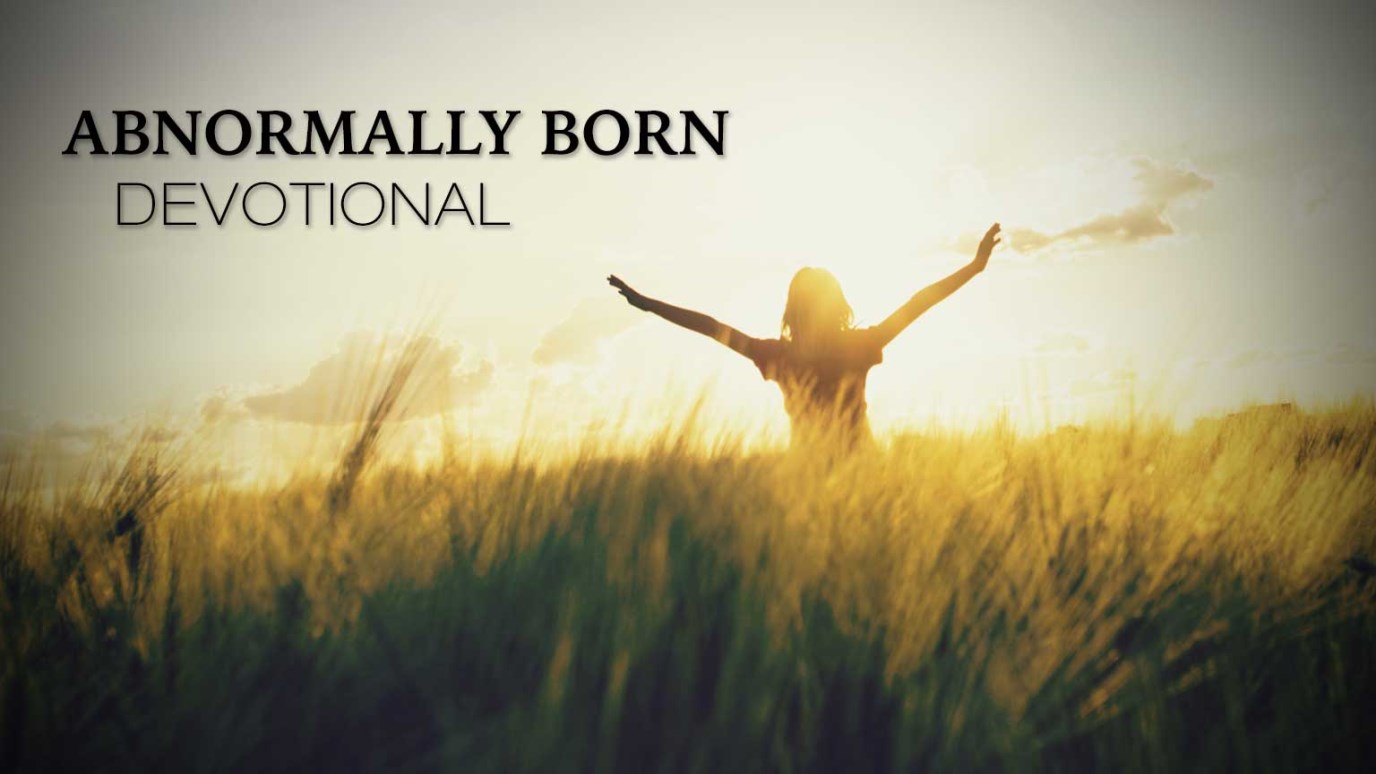 It should be clear to us that God doesn’t want us acting like the rest of the world. The Lord will give us the ability to endure, to persevere, He will transform us from tired old runners to brand new eagles.

It should be clear to us that God doesn’t want us acting like the rest of the world, and back to our scripture for this chapter, Romans 12, “Do not conform any longer to the pattern of this world, but be transformed by the renewing of your mind. (verse 2), we see that he wants us to be transformed, to be changed from what we were before to this new creation that acts different from the rest of the people in the world. Let’s look at some scripture which can help us understand this transformation; what it means and how we do it.

“I gave you milk, not solid food, for you were not yet ready for it. Indeed, you are still not ready. You are still worldly. For since there is jealousy and quarreling among you, are you not worldly? Are you not acting like mere men? For when one says, "I follow Paul," and another, "I follow Apollos," are you not mere men?” (1 Corinthians 3:2-4). Consider the examples that Paul gives us here; first the comparison of us as spiritual babies still requiring milk, not able to take grown up food. Have you ever tried baby food? Starting off from the formula that creates the milk in bottles for those little ones, and moving on to the mushed up food in little bottles, it is all pretty gross. How many of us have tried formula on cereal when we’ve run out of milk? I haven’t… Anyway, there’s a natural progression in a baby’s development which requires the change from milk to solid food in order for the child to continue to grow bigger and stronger. Think about a baby you have known; the change in one year is incredible! They transform from a little, cute, cuddly ball of baby into a walking, talking little person. And it’s not a temporary change where they are 12 months old and weigh 25 pounds then the next month they are 6 months old weighing 15 pounds; they don’t go back to what they were. That’s the same idea for us as believers, we need to move from the basics of God’s word to deeper, stronger relationship based upon a more nutritious diet of His word. We need to develop and strengthen our spiritual selves and be transformed from baby to adult in the Lord.

And what are the worldly behaviors that Paul points out to these Corinthians? Jealousy and quarreling. Truthfully, that doesn’t sound so bad, does it? I mean they’re not doing drugs or robbing people or killing each other, it’s just a little jealousy and quarreling among friends. But remember what Jesus prayed for in John 17 for His believers, that they would have unity so that the world would know that they loved Him. When we can’t even treat our brothers and sisters in Christ correctly, how do we have any hope in reaching outside of this group of people to reach others for Christ? The transformation from baby Christian to adult Christian has to be fueled by God’s love which is the only way we can have unity with others, and the only way that we can be transformed.

I really like the baby to adult metaphor for Christian growth, but how does this happen? In a real baby, the changes are visible and plotted and charted. Every parent knows where their child is on the size and weight charts for at least the first 24 months. I think it is generally accepted that we stop counting children’s ages in months after two years, is that right? After that the math gets really hard. Since we cannot see the maturation of the Christian from a change of his or her physical body, how does it happen? “Therefore we do not lose heart. Though outwardly we are wasting away, yet inwardly we are being renewed day by day.” 2 Corinthians 4:16. Outwardly we are wasting away; ain’t that the truth! But look at the second part, inwardly we are being renewed day by day. Renewed, I like that. We are being made new every day. Each day we hold on to our faith in Jesus Christ we are farther and farther away from the old us. We are being transformed from the inside out.

Psalm 51 has some great words on this process, “Create in me a pure heart, O God, and renew a steadfast spirit within me. Do not cast me from your presence or take your Holy Spirit from me. Restore to me the joy of your salvation and grant me a willing spirit, to sustain me.” (verses 10-12). These words were written King David after his adultery had been brought out into the open. Look at what he asks for; a pure heart, renewal of a steadfast sprit, God’s presence and the joy of God’s salvation. He’s asking for God to change him and to re-energize him from the inside out; to change his heart and reinvigorate his spirit. KD knows that for him to get past this huge sin in his life that he needs God to transform his heart from the one that lead him into this situation into a heart that can serve God and can be in fellowship with him.

I’ve mentioned briefly that I have run a marathon and a few other races that made no sense at all to run really. I guess there’s something about a challenge that makes me stupid enough to spend hours and days and weeks and months training for something that really hurts. The following words from Isaiah chapter 40 are verses I have tried to use as motivation during some of my training runs, “Even youths grow tired and weary, and young men stumble and fall; but those who hope in the LORD will renew their strength. They will soar on wings like eagles; they will run and not grow weary, they will walk and not be faint.” Isaiah 40:30-31. A couple of observations; first, youths don’t get tired or weary. They may get bored or even say that they’re tired and they stop running or even quit the race, but soon they are off doing some other physical activity. The truth is, youths don’t know the meaning of the words tired and weary! You have to have youths to understand what tired and weary mean!

The third observation is where the gold is in these words for me, that for those who hope in the Lord, our strength will be renewed. Think about what this is saying, that our natural ability and stamina won’t last but God will give us a new source of strength. This source of strength, His source of strength won’t run out and in fact it will give us the ability to do things we have never done before nor could we ever do on our own; to fly. The ability to fly is something that I have always dreamed of. I can feel the freedom and peace of soaring above the clouds, looking at the world below. It makes me think of the superheroes of tv and movies and how they look flying around. My favorite one was the original Superman tv series; the one in black and white. Remember how fake he looked lying on a table or something with his arms stretched out, cape blowing in the wind?

The Lord will give us the ability to endure, to persevere, He will transform us from tired old runners to brand new eagles.

You Are Free
Guideposts