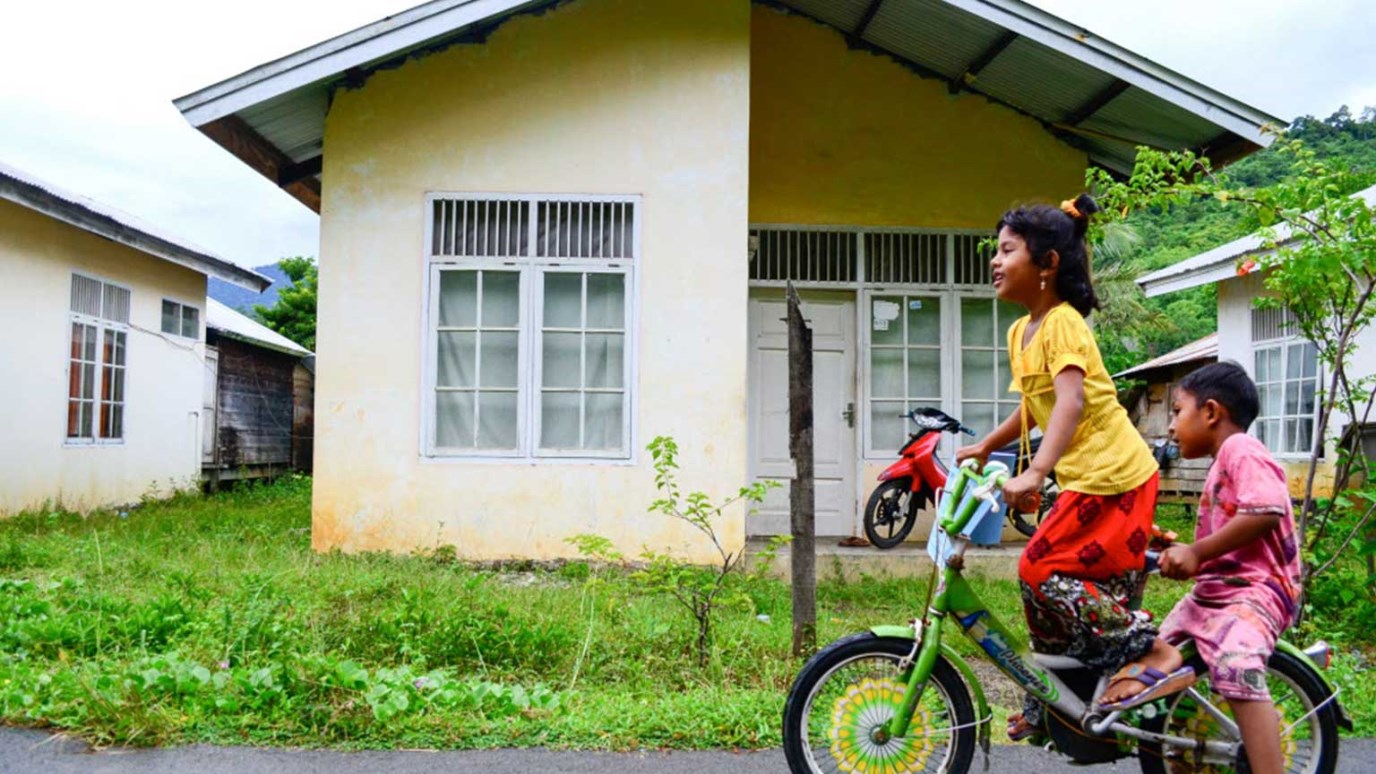 Layeun, Indonesia, on the northwest coast of Sumatra, is a postcard perfect place. But ten years ago, it was completely destroyed by an Indian Ocean tsunami.

Survivors told World Vision staff that 50 percent of the population died when the tsunami hit.

World Vision set up Child-Friendly Spaces to help children recover from the emotional trauma caused from the tsunami. There, children played games and participated in activities designed to help them regain a sense of normalcy.

Health care, education, jobs, and markets all had to be rebuilt. World Vision also constructed permanent houses. When Muchsamina, now 16, and his family moved into their own home, he was thrilled.

“I felt very happy when we first came into this house. I tried to help clean it before we moved in,” Muchsamina says.

“Before the tsunami we had a wooden house, and now it’s a more permanent house. It was smaller before; this house is like a palace for us,” Muchsamina’s father, Muhammadon, says.

Layuen is one of dozens of villages in Aceh province that World Vision helped to rebuild after the 2004 tsunami. In total, the organization built 3,565 homes in Aceh, a total of 12,000 in tsunami-affected communities of four countries.

Today Is the Lord’s
World Vision