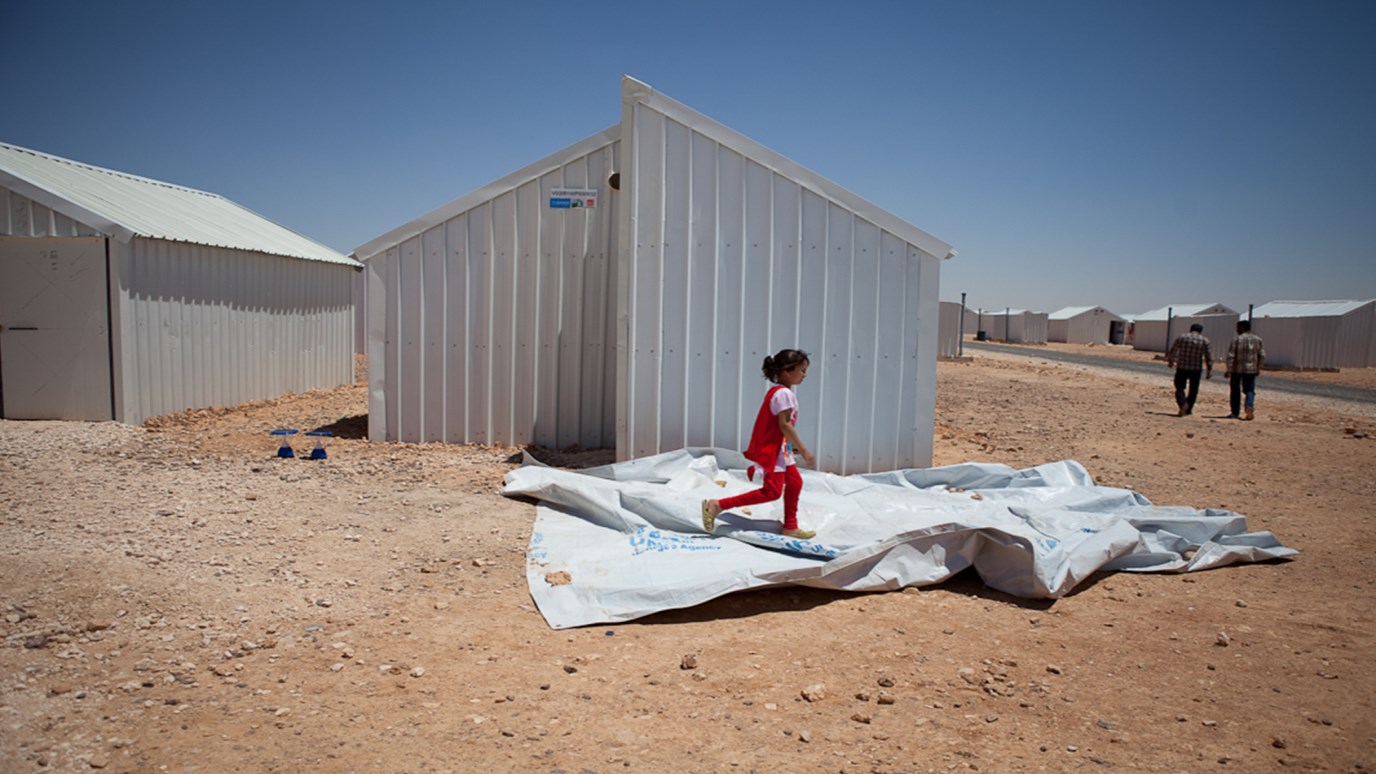 A new refugee camp in Jordan houses thousands of Syrians who fled violence in their homeland.

Amid row after row of white frame shelters that cover the sandy hillside, children are playing as their parents wash clothes, gather supplies, and talk among themselves.

This is Village 3, Block 15, Post 9 at Azraq, a sprawling camp in Jordan where Syrian refugees are getting settled. They were the first to arrive before the official camp opening on April 30.

If the Syrian war continues, more than 100,000 refugees could eventually live here.

“We have been travelling for five straight days after taking nine days to reach the Jordanian border,” says one woman. “All we can think about is how tired we are. But there’s still so much to do.”

Other refugees express concern for those who remain in Syria, and talk of shortages of water and food in their hometowns.

For their part, the children show little joy in their new surroundings. They cling closely to their parents and rarely permit themselves to smile. It’s hard to know what kinds of hurt they are holding inside as they settle into their new lives as refugees.

There are some positive facts. Based on experiences learned at other refugee camps, aid workers make efforts to keep families and relatives together as much as possible. Although there is no electrical service within refugee settlements, families have been provided with solar lanterns to help guide their way at night. Food and water are available now, and schools and the camp’s hospital will begin operating in the coming weeks.

There can be no doubt that life will be hard for Syrian refugee families at Azraq. In the weeks to come, the first few hundred will be joined by thousands more. More than 2.7 million Syrians have fled their country since the conflict began in March 2011.

World Vision is responsible for providing water and sanitation services for up to 30,000 Syrian refugees at Azraq, and has laid more than 12 kilometers of pipeline to bring water to more than 130 water taps spread strategically throughout Village 3.