Never Leave a Lamb Behind 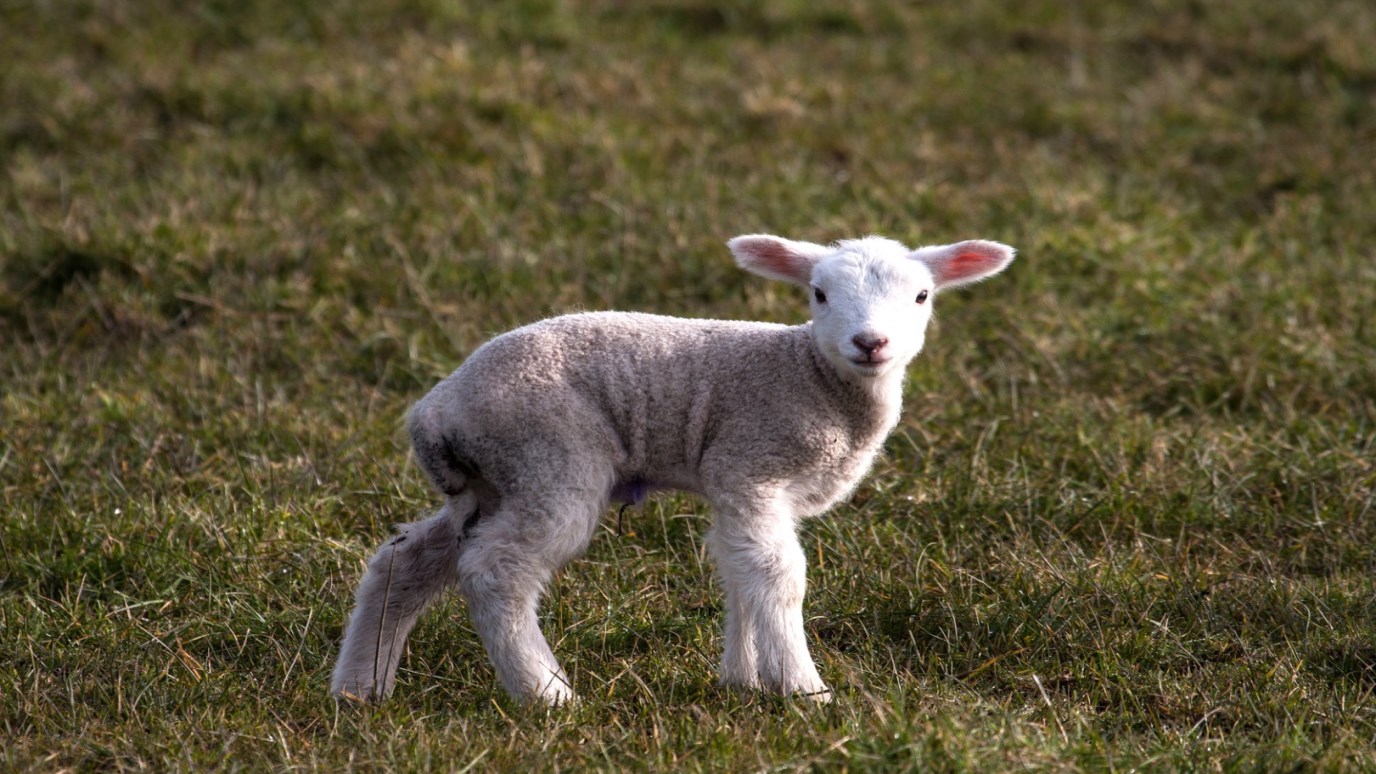 Each week, thousands of people decide to leave the church for good. Dave Burchett asks if it's really our responsibility to go looking for them.

You probably know the parable of the lost sheep well: A man who owns a hundred sheep discovers one is missing. I used to think the parable was about evangelizing non-Christians. But more and more, I’m thinking that the principle of this parable also demonstrates the heart of Jesus for members of His body who wander away. Read the passage with that thought in mind:

If a man has a hundred sheep and one of them wanders away, what will he do? Won’t he leave the ninety-nine others on the hills and go out to search for the one that is lost? And if he finds it, I tell you the truth, he will rejoice over it more than over the ninety-nine that didn’t wander away! In the same way, it is not my heavenly Father’s will that even one of these little ones should perish (Matt. 18:12-14 NLT).

Jesus’ parable mentions the joy of restoring the one lost sheep that had wandered away. I realize that no joy in our faith equals that of seeing a new believer come to salvation in Christ. I’d like to suggest, however, that a very close second should be welcoming a once-devoted follower of Jesus back into the fellowship of the flock.

Even before Jesus called Himself the Good Shepherd who pursues, rescues, and cares for all His sheep, God spoke of His shepherd’s heart in the Old Testament. The Message paraphrases His words in Ezekiel 34:12 this way: “From now on, I myself am the shepherd. I’m going looking for them. As shepherds go after their flocks when they get scattered, I’m going after my sheep. I’ll rescue them from all the places they’ve been scattered to in the storms.” It’s clear that God cares deeply when one of His sheep wanders away. Which is why we must care as well.

Every part of the body is necessary.

A Barna Group study of non-Christian adults shows that nearly four out of every ten in this country (37 percent) said they avoid churches because of negative past experiences in churches or with Christian people.

I’ve watched dear friends limp away from my faith community and have realized that my life and the body life of my church would never be quite the same. Yet very few—myself included—have gone after them. I sometimes wonder if we throw the term “church family” around a bit too casually, because surely most of us would pursue and attempt to heal wounded members of our genetic family who wandered away in such pain.

When wounded Christians leave, we lose the value of their experience, wisdom, and skills. How much power have we, the collective body of Christ, lost by not aggressively seeking to find and heal our wounded lambs?

but we have all been baptized into one body by one Spirit, and we all share the same Spirit” (NLT). He then goes on to argue that each part has critical need of the others (vv. 14-20). Does that not apply to those who have gone missing from our community? We’ve too often allowed Satan to frame this debate. The Deceiver suggests that we might further offend those who have left and only make their wound worse. He tells us we need to give them time. He plants doubts that we lack wisdom for addressing them. The truth, not surprisingly, is very different.

Research by Thom Rainer for Lifeway Christian Resources shows that a considerable number of the de-churched say they’re willing to come back. While many aren’t actively seeking a faith community now, a 62 percent majority is open to the idea of returning. In other research, Dr. John Savage discovered that more than 75 percent of inactive church members could be re-engaged in the life of a congregation through the application of listening and caring skills. Whether the number is 62 percent, 75 percent, or somewhere in between, the implications are huge.

So how do we bring them back?

It may be simpler than we think. Again, the data is encouraging. Overall, 41 percent of those who’ve left the fellowship admitted they would consider returning to the local church if a friend or acquaintance invited them. And approximately 60 percent of young adults between 18–35 said they would respond to an invitation.

Here is the caveat: Wounded lambs returning to the flock are still likely to be messy, tentative, and unwilling to trust the church community initially. They need grace to heal.

We all need grace sooner or later—and most likely sooner. If Scripture tells us there is no condemnation in Christ (Rom. 8:1), then our wounded brothers and sisters surely don’t need condemnation from you or me. Grace compels us to walk toward them instead of away. As a character in Eugene O’Neill’s play The Great God Brown says, “Man is born broken. He lives by mending. The grace of God is glue.”

Paul gives us an amazing example of grace and restoration in his letter to the church in Ephesus. Though the apostle had invested so much in discipling them, the young believers fell into old patterns of behavior soon after he left. If I put myself in Paul’s sandals, I would have been angry. I would have told the church to shape up and heaped guilt on them for failing so quickly. But Paul did nothing of the kind. His letter to the Ephesians sets the template for how we should respond to those who walk away from the church. Instead of starting with a lecture about wrong behavior, Paul reminds them of who they are in Christ: loved, adopted, redeemed, and sealed. And only after affirming the believers’ identity does he address what needs to change.

We all need grace sooner or later—and most likely sooner. If Scripture tells us there is no condemnation in Christ, then our wounded brothers and sisters surely don’t need condemnation from you or me.

Wounded lambs who courageously take a chance by coming back to their faith community need this kind of care. They need to be affirmed and reminded who they are in Christ. They need to know that God loves them no matter how long they have strayed or how angry they may be at other Christians, the church, or even at God Himself.

The same goes for how we treat those who have walked away from the faith and venture back. After all, consider the astounding picture that Jesus paints of the father’s heart toward his wayward son in Luke 15:11-32. This young man rebelled, sinned, and suffered the horrible consequences of his choices. He realized his sin and in humble desperation decided to throw himself at the mercy of his father. His selfish choices should have caused him to lose the daily privileges of being a son, and he felt certain his behavior had estranged him from his father. But in Jesus’ story, the father’s view of his son never changed.

The imagery is compelling. The father ran to his disheveled, shame-driven child in an undignified act of pure love and joy, and called for the finest robe to be brought out for him. In the cultural context, Jesus’ listeners would have surmised that the “finest” robe was the father’s own, worn only on the most special of occasions. To receive such an honor, the son, who had been feeding pigs and would have traveled a long distance to get back home, should have at least bathed and put on clean clothes first. But in a stunning gesture, the father placed the robe over his wayward boy’s filthy garments as a protective covering of forgiveness, acceptance, and salvation—no longer to be condemned by others who judged his behavior. That is a message of healing for wounded lambs.

For those who left because of hurtful words or actions of another churchgoer, the message is the same, but the journey may be a little more tenuous. It takes time to regain trust. Be prepared to walk patiently and compassionately with them.

It’s my prayer that as the body of Christ, we will come under conviction that we must never abandon members of the flock. We have a call to seek and pursue both the lambs who go missing because they’ve been hurt and those who have made bad decisions and wandered away. We have a responsibility to do what we can to restore them to health and show them the overwhelming love of Jesus. The Message paraphrases James 5:19-20 this way: “My dear friends, if you know people who have wandered off from God’s truth, don’t write them off. Go after them. Get them back and you will have rescued precious lives from destruction and prevented an epidemic of wandering away from God.”

We may indeed be looking at an epidemic of precious lives wandering away. Some research suggests that every week, up to 150,000 people may be leaving the church. But what if we were to do something about this? What if all readers of this publication pursued three people they know who have left the fellowship or who’ve wandered away? What if you and I were to care for them and invite them to come back? Even if not all respond, what if just one of them agreed to give it another try?

Imagine the joy in heaven when these wounded lambs return to the flock. Revivals start from such simple acts of faith and grace.

When You Always Choose the Best for Yourself…
Paula Hendricks