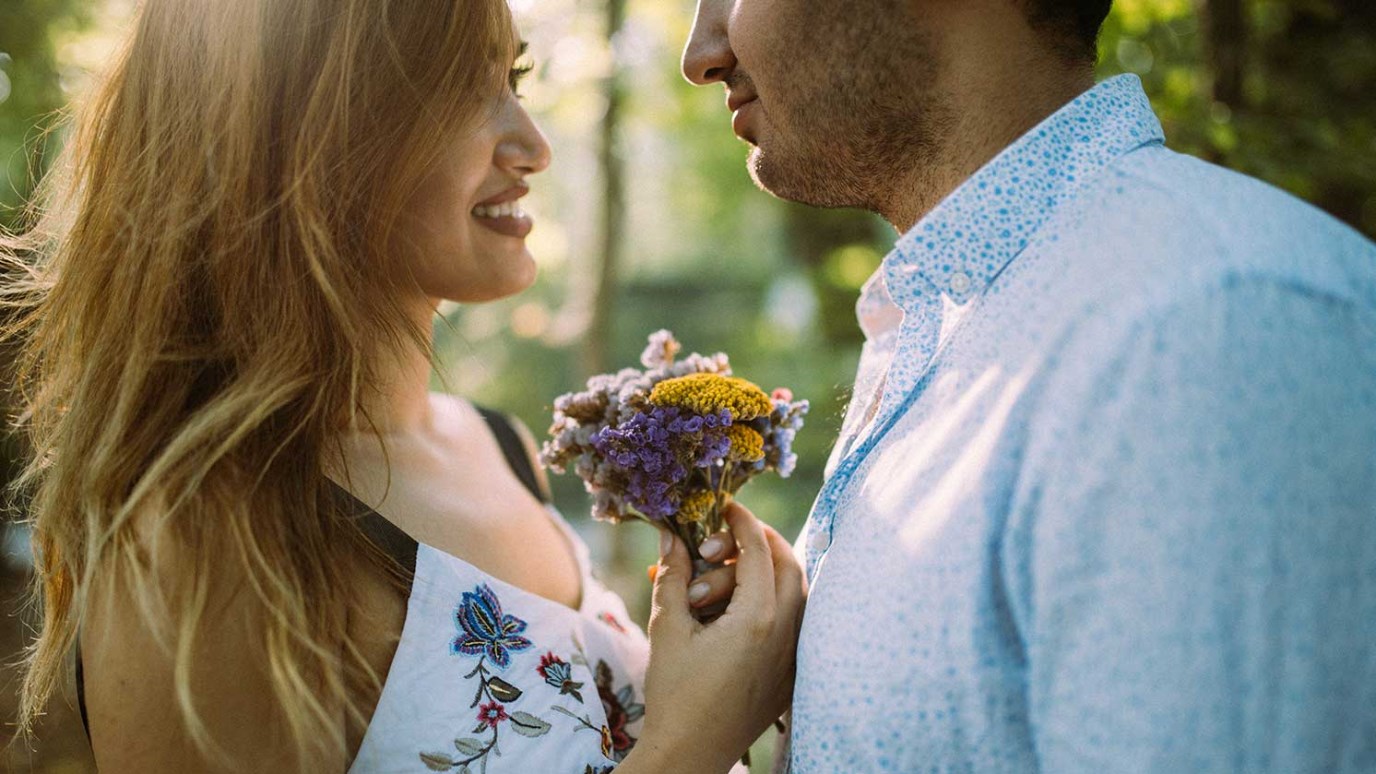 Adjusting your focus is one way of—as the Bible says—thinking about what is worthy of praise, rather than what is driving you crazy. Your concerns haven’t vanished, but they won’t have as much power over you anymore.

Nate and Kathryn are working to improve their marriage, but Nate has a pet peeve that he can’t seem to let go of. Although Kathryn is a wonderful woman and a great mother, it drives him crazy how negative she’s become. She’s critical about the most insignificant things. If it’s not the laundry, he didn’t pick the right pajamas for the kids or he bought the wrong brand of cereal. It really bothers him, but he knows that jumping all over her for it won’t win him any points or strengthen their relationship. He’s wondering how they can improve their marriage when she’s so negative.

If Nate’s situation sounds familiar to you, listen up! Because wrapped up in your frustration with your wife and her criticism, there’s an irony: the reality is that you are being negative about your wife’s negativity! And guys, I totally get it. In my women’s books and conferences I constantly remind women to ruthlessly avoid criticism and negative words because it is so painful for any spouse … but especially for men! My guess is that your wife—like Nate’s—is not a mean person; she simply doesn’t see how painful her negative words are for you. Or doesn’t see them as negative at all.

But here’s the hard truth: if you want to improve your marriage, you cannot depend on her to change. In fact, to break the cycle you’ll have to try the same no-negativity approach with her that you wish she had with you. And in order to control the way you respond to what she says, you’ll have to control how you think about it as well.

How do you do that? Let’s take a look.

Realize You’re Stuck In A Habit

Adjusting your response to your wife’s negativity is a habit of mind. A habit, by the way, that we can apply to any fault in our spouse that is driving us nuts. Because it can be quite impossible to simply “ignore” something that bothers you that much. As nationally-respected therapist Dr. Michael Sytsma put it in a recent interview, “When you’re trying to work through a very real concern, the more you try NOT to focus on something, the more power you give it.”

I recently asked him how he helped couples address any such situation. If “not focusing on something” doesn’t work, what does? I think his method is invaluable, and you can use it to break your cycle.

He then asks them to picture how an African elephant would look . . . how its tough hide might sound as it brushed through the grass . . . how it might have a baby trotting alongside. And then he asks the couple if they can picture it. They always say yes. And thinking about the grey African elephant—something healthy, something functioning the way it is supposed to—has taken their minds completely off of the overwhelming pink-elephant thoughts that were consuming them a moment before.

Apply The “Elephant Method” To Your Situation

As in the elephant example, I don’t think you can force yourself to just ignore your wife’s negative words—they are there and real and painful to you. Your concern about them is like the pink elephant in the room. But you can choose to instead focus on the things that are healthy, that are functioning the way they are supposed to. For example, when Nate’s wife says he didn’t sort the laundry properly, he could think about the fact that she does so many of the household chores and the last few things she did to take care of him. Remind yourselves, men, that your wife appreciates you and truly doesn’t realize how she sounds.

Now Put This Principle To Work With Your Wife!

The practice of adjusting your focus is one way of—to paraphrase the Bible—thinking about what is worthy of praise, rather than what is worthy of driving you crazy. Your concerns haven’t vanished—they’re still something that will need to be addressed—but they won’t have as much power over you anymore. It will be so much easier for you to respond well, and lovingly. And as your wife feels unconditionally loved and appreciated, she is far more likely to be willing to hear what you have to say when the time comes.

Did I Marry the Wrong Person?
Dr. Michael Smalley