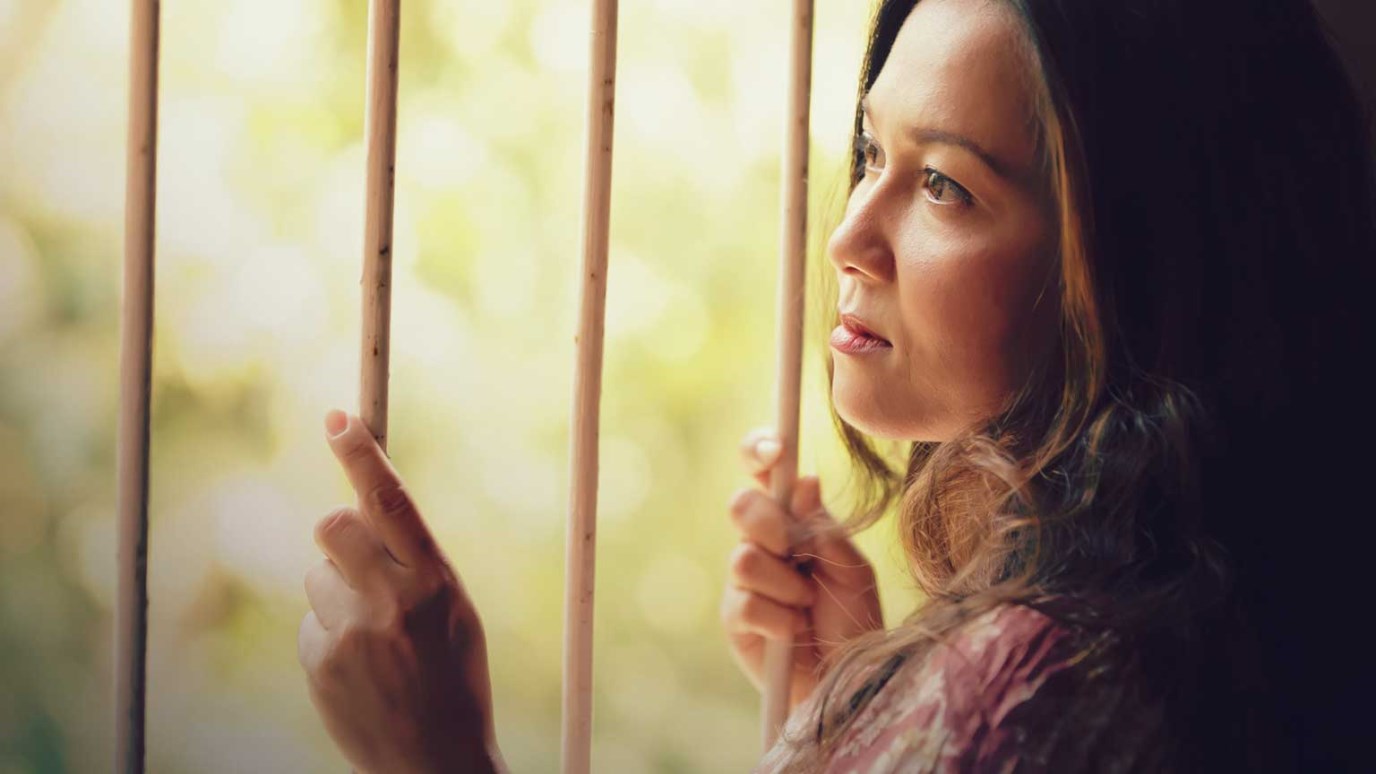 Are you willing to ask others for help when you’re facing a difficult situation? Do you readily accept godly counsel? What does God want you to do today?

We hadn’t seen her in awhile. My husband, Steve, and I were busy weeding and laying pine straw. Last time we checked, both dogs were playing in the front yard. But as I glanced up from yet another bale of pine straw, I couldn’t locate our Golden Retriever, Precious. Steve hadn’t seen her either. Yard work momentarily forgotten, we began calling her. Scouring the areas her mischievous paws may have taken her.

It didn’t take long to find her. She had wandered down into the creek and was unable to figure out how to get back up the steep bank. She had managed to climb up onto a limb that was jutting out of the bank. Trouble was, the limb was supporting her in such a way that her front and back legs were suspended in mid-air! She wasn’t going anywhere soon. Yet in her awkward predicament, she hadn’t made an attempt to get our attention. She was trying to figure this one out herself.

Steve ended up making the heroic rescue. Jumping down the embankment and giving our dog the lift she needed to scramble off the limb and back to safety. Her adventure seemed to sap her energy. The remainder of the day she was quite content to lay under the shade of a tree and rest.

I have to admit that I can be a lot like Precious. Not willing to ask for help when I clearly need it. Trying to figure things out on my own when I get into a jam. While the entire time my arms and legs are flailing about, plainly indicating my need for help.

King Solomon gives wise counsel, “Two are better than one; because they have a good reward for their labour. For if they fall, the one will lift up his fellow: but woe to him that is alone when he falleth; for he hath not another to help him up,” (Ecclesiastes 4:9-10; KJV). Sometimes, in my pride, I forget this. And avoid the wisdom of godly friends. I’d do well to heed more of Solomon’s advice, “Where no counsel is, the people fall: but in the multitude of counselors there is safety,” (Proverbs 11:14).

Remember the story of Esther? She found herself in quite a quandary. Her people, the Jews, were to be slaughtered, and her cousin, Mordecai wanted her to go before the king to plead for their lives. That doesn’t seem so difficult, considering the king was her husband. Yet the custom of the day forbade her to come into the king’s presence unless she had been summoned. The price for coming before him unbidden? She could be put to death.

Mordecai’s response is hard to swallow. “Think not with thyself that thou shalt escape in the king’s house, more than all the Jews. For if thou altogether holdest thy peace at this time, then shall there enlargement and deliverance arise to the Jews from another place; but thou and thy father’s house shall be destroyed: and who knoweth whether thou art come to the kingdom for such a time as this?” (Esther 4:13b-14).

Instead of trying to figure out this grave dilemma on her own, Esther requests that Mordecai assemble the Jews to fast and pray for her, while she and her servants do the same. Her famous words follow, “…and if I perish, I perish,” (Esther 4:16).

What happens next is nothing short of miraculous. The king extends the royal scepter to Esther, sparing her life, and allows the Jews to defend themselves when their enemies seek to slaughter them. The Jews are spared and Mordecai is placed second in command in Shushan.

Esther was willing to ask for help and accept wise counsel. God did the rest. What about you? Are you willing to ask others for help when you’re facing a difficult situation? Do you readily accept godly counsel? What does God want you to do today?

Prayer: Heavenly Father, thank You for giving me godly friends with whom I can share my struggles. Help me to turn from pride and be willing to listen to and follow biblical counsel. I know I can trust You for a good outcome. In Jesus’ name, Amen.