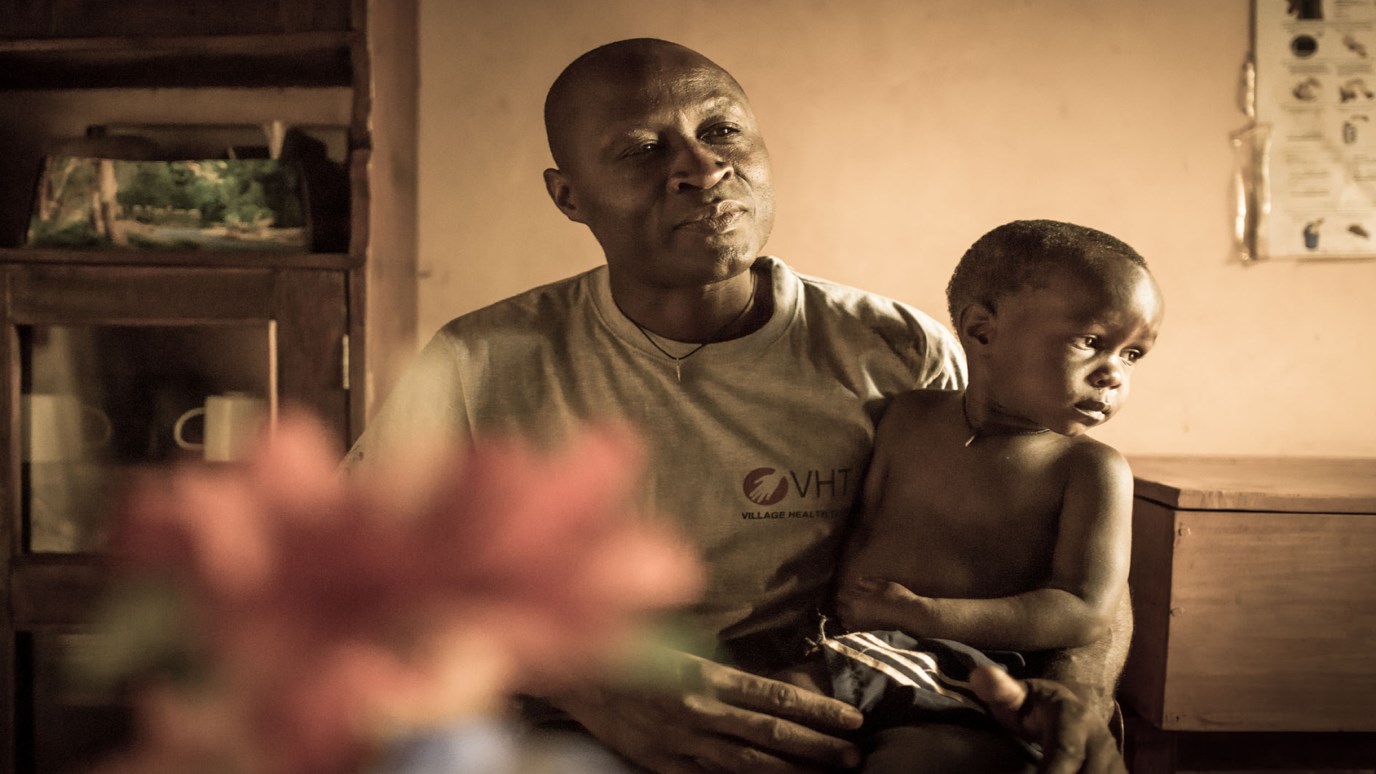 Health volunteers like Vincent are called “doctors” by the communities they serve despite receiving only five days of training. World Vision advocates for and supports these unpaid lifesavers.

At 6 months, Remigio was “attacked by fever in the middle of the night,” says Vincent, a village health team worker in Uganda. Vincent knew what to do.

He tested the baby for malaria using a rapid test kit. In 15 minutes, the blood test came back positive.

“I got out the malaria medicine and gave it to him immediately,” he says. “By morning, his temperature went down. He stopped sweating. He stopped crying.”

Vincent felt more than relief. “I was overjoyed,” he says. That’s because Vincent is more than Remigio’s “doctor” — he’s his dad.

Health volunteers like Vincent are called “doctors” by the communities they serve, despite receiving only five days of training. Vincent is one of 250 village health team workers in Kiboga, a district with 350,000 residents. Across Uganda, every community has two village health team workers. These volunteers work as the front line of defense against malaria, a disease that killed more than 627,000 people in 2012.

World Vision advocates for and supports these unpaid lifesavers, helping train them and giving them the tools to succeed: bicycles to pedal down rutted roads, rubber boots to stomp through the rain, clothing that signifies their position, and most importantly, medicine to treat sick children like Remigio.

Please pray with us for the millions of children around the world who don’t have access to life-saving malaria prevention and treatment options and for the health workers caring for them.