My Right to Fight and Never Surrender 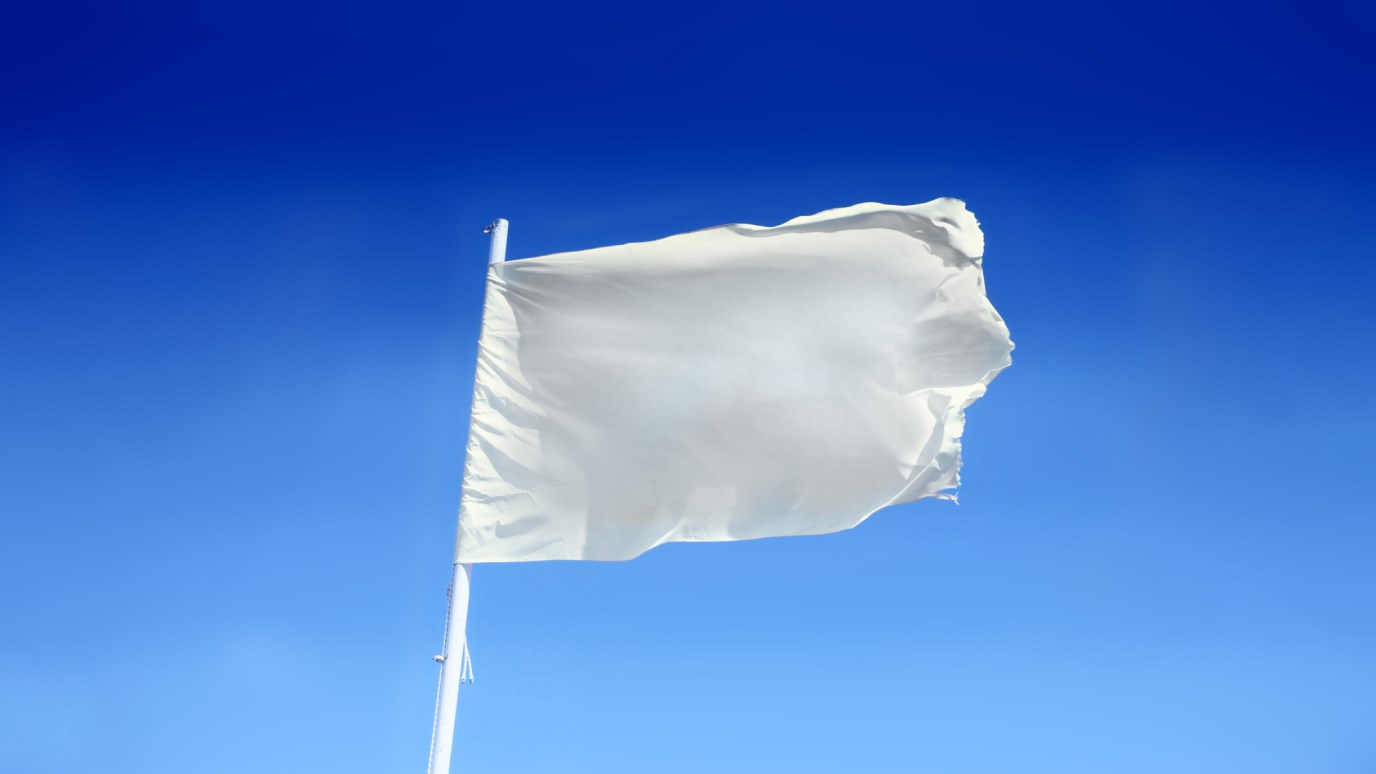 As Christians, we should be people who raise the white flag high. That's what Jesus did.

Never Surrender! was a top ten hit song popularized by former Canadian teen idol heart-throb, Cory Hart. I don’t remember all the lyrics, but I do remember him snarling out the line: No one can take away your right to fight and to never surrender!

Nowadays, a woman who digs in her heels (particularly into a male) with a rebellious “I-have-the-right-to-fight-and-never-surrender” attitude is lauded as strong and noble, whereas one who willingly yields is perceived as wimpy and weak. Yet ironically, the one who digs in her heels often surrenders more than the one who bows her knee. In refusing to surrender to God she totally surrenders to sin. It’s the woman who knows how to bow, rather than the one who refuses to do so, who paradoxically has steel in her spiritual spine.

Do nothing from rivalry or conceit, but in humility count others more significant than yourselves. Let each of you look not only to his own interests, but also to the interests of others. Have this mind among yourselves, which is yours in Christ Jesus, who, though he was in the form of God, did not count equality with God a thing to be grasped, but made himself nothing, taking the form of a servant, being born in the likeness of men. And being found in human form, he humbled himself by becoming obedient to the point of death, even death on a cross (Phil. 2:3-8).