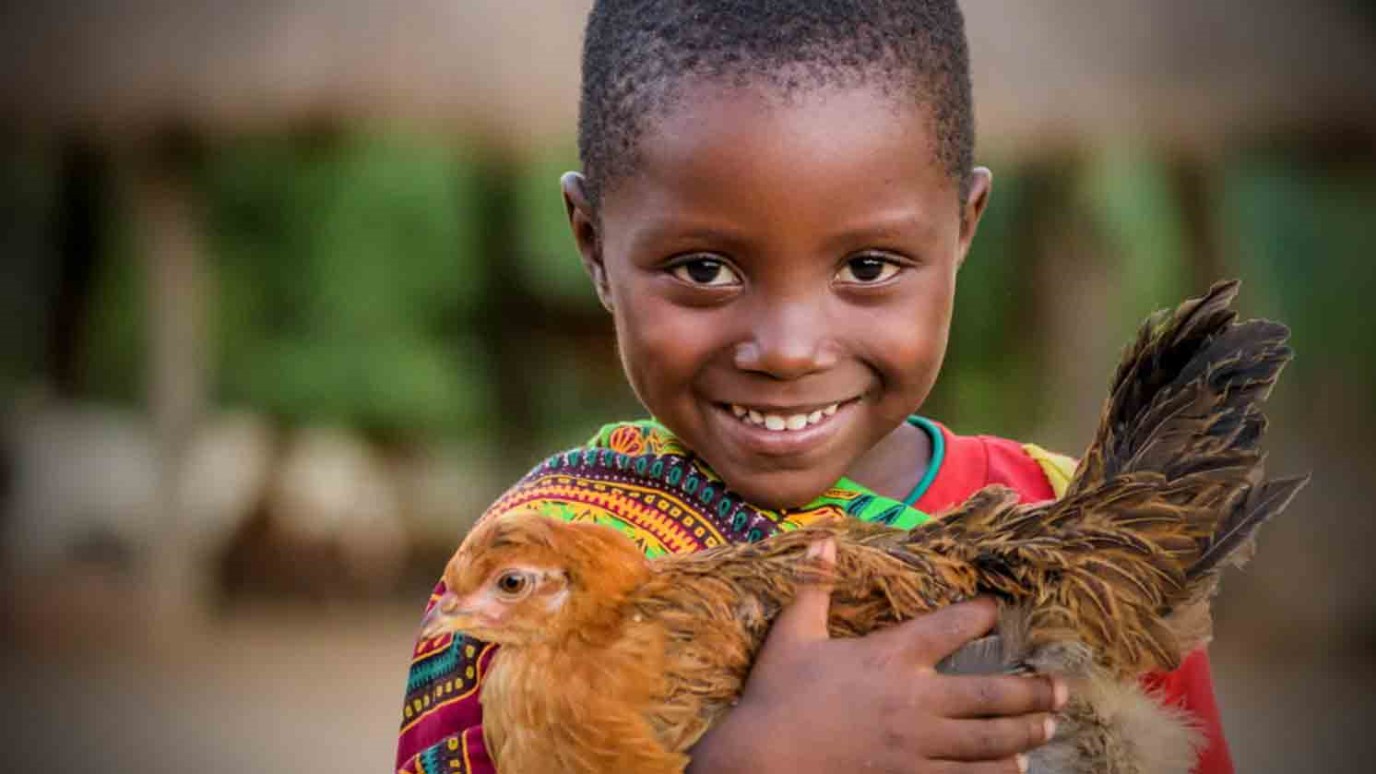 Four-year-old Chansa thankfully hasn’t learned the hard lessons of poverty, thanks to a gift of chickens and a rooster.

He doesn’t have to wonder whether a meal is coming each day. He won’t feel hunger gnawing at him as he struggles to learn. Instead, he will be free to grow to his full potential.

But Chansa's grandmother, Esnart, remembers a time when they only had hunger and heartache. She knows the ramifications of desperate poverty. She understands the physical and psychological effects it imprints on people.

And she is incredibly thankful for the Lord's blessing on her family — four chickens and a rooster from World Vision. “My heart was ignited with so much joy,” says Esnart. Within a year, Esnart's animals numbered 200 roosters, 124 chickens, and eight baby chicks.