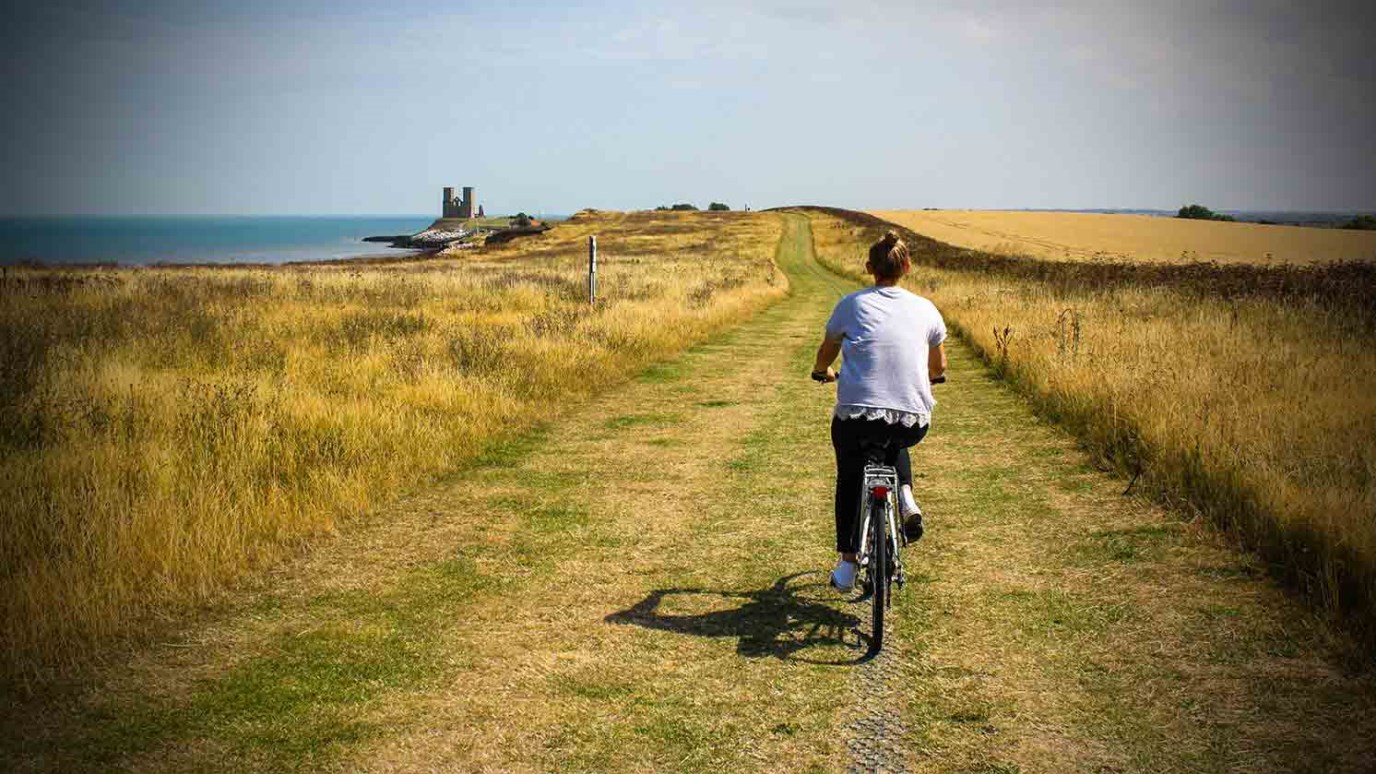 All of us feel fear and anxiety as we approach the moment of action. But if God wants something done, what could there be to fear?

The Lord our God said to us at Horeb, “You have stayed long enough at this mountain…See, I have given you this land.  Go in and take possession of the land that the Lord swore he would give to your fathers—to Abraham, Isaac and Jacob—and to their descendants after them.”  -“Deuteronomy 1:6, 8

Moses was God’s man to deliver Israel from slavery.  But he grew old as the nation hesitated for 40 years at the borders.  In his farewell address, Moses quoted God’s command to “take possession of the land” 18 different times.  Being close makes a difference in hand grenades or horseshoes, but not in matters of simple obedience.  Finally the promptings of God come:  Just do it!  Yet it’s so human to hesitate.

Peggy Marsh was writing a book…and writing, and writing.  No one but her husband knew about it, because she quickly hid the massive manuscript whenever the doorbell rang.

After several years, she had typed 1,000 pages and felt that she was about two-thirds finished.  She was considering titles like Bugles Sang True and Tote the Weary Load.  Finally she stowed away the entire load of papers in a closet, and barely thought about her work for five years.  An old friend who was a book agent had long since figured out that Mrs. Marsh was writing a book. And he asked to see it.  “I have no novel!” Mrs. Marsh protested unconvincingly.

Her husband talked her into sharing her years of hard work, and she did so cautiously.  “Take the thing before I change my mind,” she snapped to the puzzled editor—the tower of manila folders reached from the floor to her shoulders.  On the train to New York City he attempted to read the yellow, coffee-stained pages that were filled with scratch-outs and scribble-ins.

The editor loved what he read.  He begged Peggy Marsh to finish the book.  This was her dream, but she almost turned away.  In 1936, Gone With the Wind was published, won the Pulitzer Prize, and made shy Peggy Marsh, better known as Margaret Mitchell, a literary phenomenon—despite years of hesitation at the borderline of immortality.

Did today’s subject step on your toes?  Do you identify with the problem of hesitation?  Know that you’re not unique in that respect.  All of us feel fear and anxiety as we approach the moment of action.

Consider this question:  If God wants something done, what could there possibly be to fear?  The real issue, then, is this:  With God’s support, why hesitate?

It has been said that life’s saddest words are, “It might have been.”  Do you want to spend your life wondering what lies in that Promised Land you face?  Ask God for the courage, then push forward without delay.

But Lord, I Can't DO That!
Lysa TerKeurst
What I Wish I Would've Known Yesterday
Emily Manke
Follow Us
Grow Daily with Unlimited Content
Uninterrupted Ad-Free Experience
Watch a Christian or Family Movie Every Month for Free
Early and Exclusive Access to Christian Resources
Feel the Heart of Worship with Weekly Worship Radio
Become a Member
No Thanks