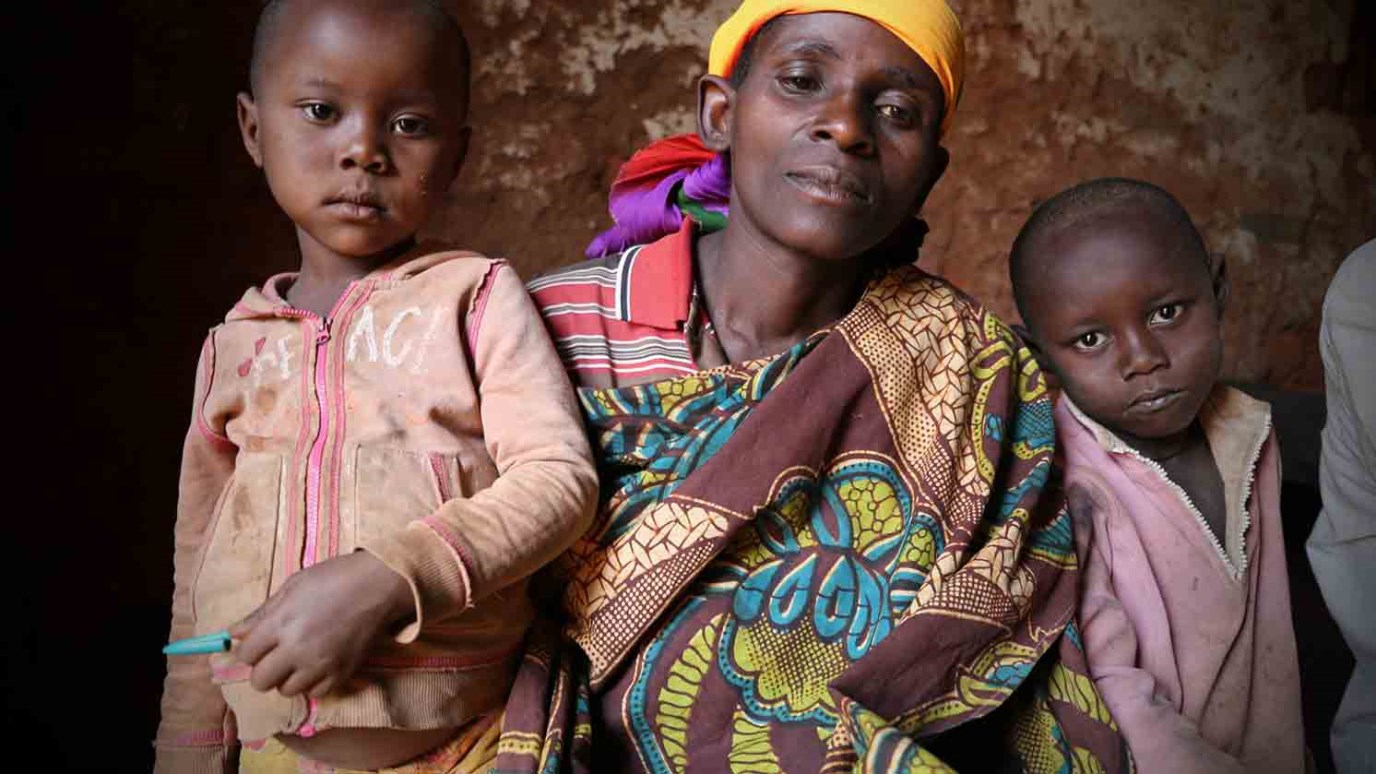 Julia (center) mourns her son, Ndayizeye, who recently died from malaria. Young Ines and Elvis are the boy's cousins.

“In the evening, as his health deteriorated, I decided to go back to the hospital,” says Julia. “My son died the same night.”

Like a lightning strike, this one great loss illuminates a series of setbacks that millions of Burundians are facing as they battle one of mankind’s oldest diseases.

In the first eight months of 2016, more than 5 million malaria cases were reported in Burundi, affecting 920,000 children. The numbers are twice what they were in the same period of 2015. More than 2,400 people have died.

In Burundi, children under 5 are treated in public health centers free of charge. At age 8, Ndayizeye didn’t qualify for free care.

He had been to the hospital twice before and was diagnosed with malaria, says his mother. “It was written on his health card.”

“Here, we are victims of poverty. Even we know that you should go to hospital when you are sick so that health workers can examine and diagnose you,” she says.

But on the day Ndayizeye died, Julia and her two other children were also sick. She delayed having him admitted to the hospital.

“I was afraid of the high hospital bills,” she says.

Malaria is spread by mosquitos carrying a parasite and symptoms include fever and chills that, if untreated, can be fatal. The U.S. Centers for Disease Control and Prevention says an estimated 214 million malaria cases occurred worldwide in 2014 with a death toll of 438,000.