Motherhood Is a Refining Fire 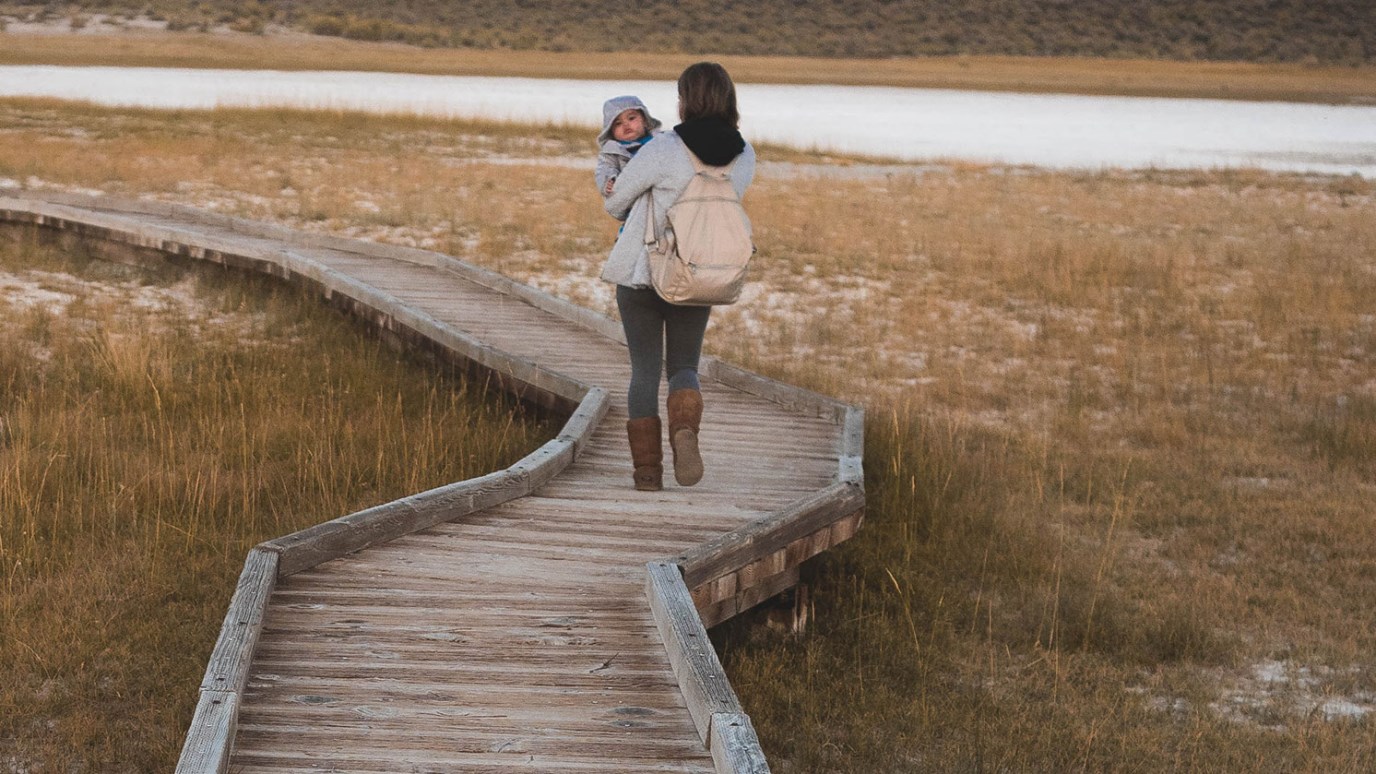 The refining fire of motherhood does not bring ultimate death but greater life. Abundant life.

Before I had my first child, I had a lot of thoughts about motherhood. Among the notions of fuzzy blankets, pacifiers, and the soothing fragrance of baby lotion, I thought about what kind of children I would have.

I would teach them to love Jesus and train them to be servant-hearted, kind, and thankful people. I would teach my daughters all sorts of awesome ways to work with their hands, and I would shape the character of my sons to be hardworking producers rather than consumers only. I envisioned an average-sized family sitting around a lovely meal table, filled with delicious and nutritious foods as we discussed theology and spoke to each other in psalms, hymns, and spiritual songs. Then my children were born, and I swallowed a big dose of reality.

There is nothing wrong with the vision for family that I had as a young woman. Twenty years later I still agree with myself about most of it. I knew my role as a mother was powerfully influential, and I didn’t want to squander the Lord’s gift to me. I grasped the importance and opportunities of the task, but I didn’t fully comprehend that it would require the daily living of a gospel picture, nor how painful that could be.

Having ten children (not a typo!), means I have changed about 50,000 diapers so far. I have potty-trained nine children and taught three to drive. I have no idea how many nights I have been awake with sick ones, but I would guess it’s a sizeable sum.

I have made rescue efforts for dozens of sticks of butter when they met the greedy hands of a toddler, and I have been the owner of many tubes of lipstick that mysteriously got twisted up to maximum height and then crammed back down on the lid. I have been the mom who realized she forgot the diaper bag the same moment the baby had a blowout. I have bluffed my way through umpteen math lessons. I have been the mom who wanted to crawl under a rock when my son gave another kid a black eye at church. I have been the lonely mom and the exhausted mom and the mom who felt like a cockroach after I wounded a tender heart with careless, angry words. I’ve been the mom who couldn’t see over the mountain of laundry to reach a Kleenex for her tears as I prayed for a teen that I had no idea how to counsel.

Jesus told us that unless a seed falls to the ground and dies, it won’t bear fruit (John 12:24). Motherhood is refining because mothers are seeds dying. This is not a popular truth in a culture that tells women that they can have it all and to look out for themselves.

And the subtle lies of the enemy might lead us to believe that children are for self-fulfillment purposes only, and when they no longer fill that need, they’re of no use. But this is not what Scripture teaches. We obey, worship, and serve Christ by serving others and considering their needs as more important than our own. This certainly includes those under our own roof.

A mother sacrifices and pours out her life for her children in service to God. She may give up her body, her sleep, her time, her comforts, her career, and her hobbies. And she may also die a thousand deaths in little ways that only God sees, like turning down the volume of her favorite song to pay attention to the lengthy tale of a four-year-old, or laying on the altar her desire to be recognized, or surrendering her perfectly spotless house for one that testifies to lots of living. But here is the good news: For a Christian, death is not the end of the story. It’s the beginning. Resurrection life comes from this seed of death.

When you go to the cross and back with your own wants and desires, sometimes a thousand times a day, the dross of pettiness, selfishness, pride, grumbling, confusion, and self-pity are exchanged for God’s grace, love, wisdom, help, joy, laughter, contentment, and humility.

Our culture is terrified of this sort of death, this laying down of your life for another. It fears the death of freedom and perceived self-sufficiency. It fears the death of idols of the heart. But as believers, we don’t just believe the gospel. We live the gospel, and it is often in ways that others can’t understand. We testify of the gospel of Jesus Christ in little details of life that really aren’t little at all.

Refined by God, for God

Because we are objects of God’s grace, we are diamonds in the rough—His diamonds. Because in His mercy He purchased us with His own blood, we are worthy of His acts of refining. And because of His great love for us, God’s refining fire does not consume us like a forest fire burning out of control and killing everything in its path. No, God’s refining fires are merciful and full of compassion and are meant to draw us closer to Him. They are meant to make us understand His grace and the joy that is to be ours as we serve Him by serving our children. The refining fire of motherhood does not bring ultimate death but greater life. Abundant life.

How about you? Do you ever feel that the overwhelming, “fiery” parts of motherhood are going to consume you entirely? Have you found it to be true that the sacrifices of motherhood aren’t really sacrifices at all in comparison to the gain of a rich life in the Lord Jesus Christ when we serve our children as unto Him?

How Should Christians Discipline Their Children?
GotQuestions.org