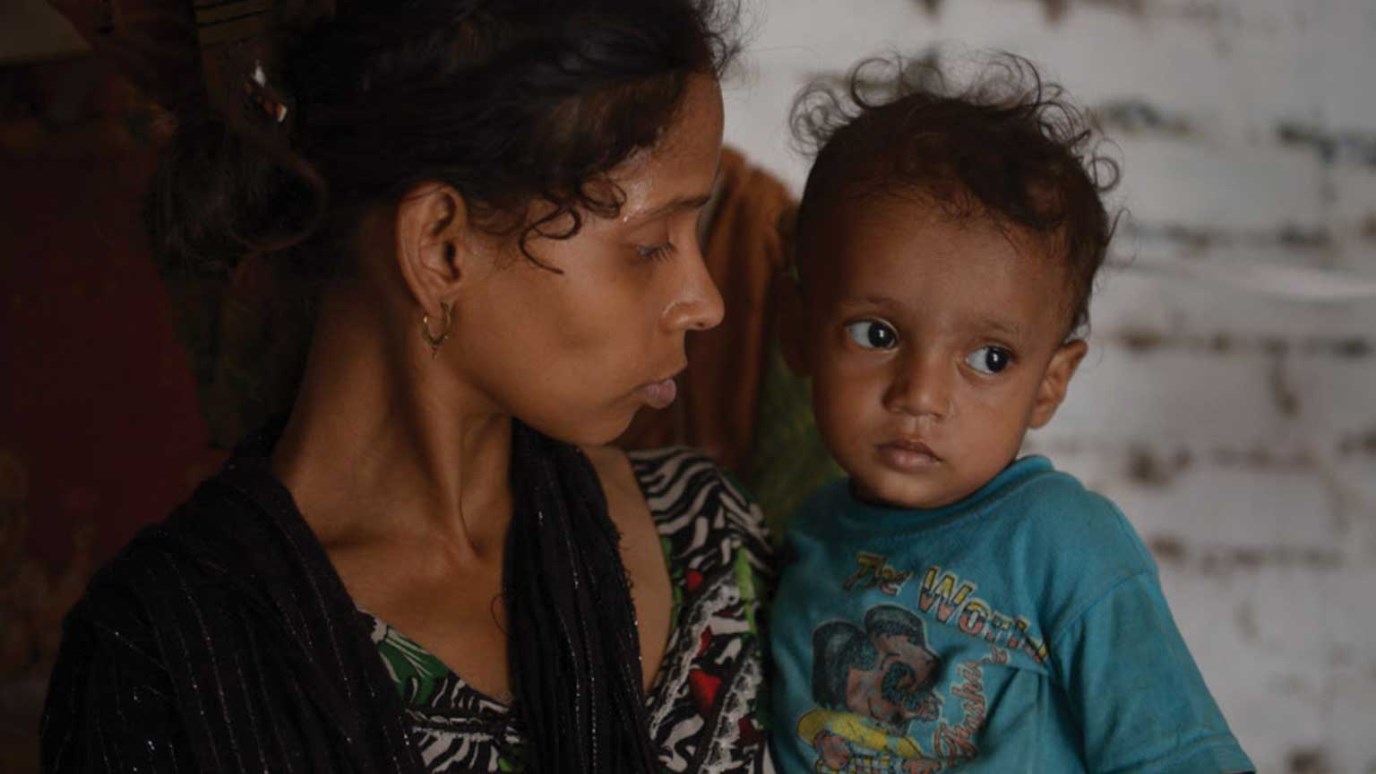 Poonam, a 24-year-old mother in India, holds her one year old, Ansh.

Poonam has two children and is pregnant once again. She also has tuberculosis (TB), which makes it hard for her to care for her children.

The number of deaths from TB has been nearly cut in half since 1990, but the World Health Organization is concerned by the spread of drug-resistant forms of the disease. Most new TB cases are in China, India, Indonesia, Nigeria, and Pakistan.

Approximately 1.5 million deaths are attributed to tuberculosis in 2014; 400,000 of the deceased also had AIDS. In the same period, 1.2 million people died from AIDS alone.